The Valley of Flowers Trek is nestled in the vicinity of the Nanda Devi Biosphere Reserve and its multitude of blooming flowers covering the vast expanse of land makes the valley of flowers one of the most beautiful Himalayan treks our country has to offer.

Stretched to an expanse of 87.5 square kilometers with an altitude of 15,200ft, the valley of flowers trek is popular among all kinds of trekkers. The sheer beauty that the rich biodiversity offers attract many avid nature lovers and the steep ascents and descents allow trekkers to relish in the experience of commencing this Himalayan trek and ticking it off of their bucket list. With the Hemkund Sahib awaiting on the other side of the trek, many pilgrims embark upon the valley of flowers trek as well.

Being one of the oldest known treks, The valley of flower trek came on every trekker's radar all over the world when it was declared a world heritage site by UNESCO in 2002. The valley is home to more than 520 species of flowers that come together to form a tapestry of colors in front of you with dominating shades of pink, blue and purple. The valley of flowers national park is located in the Chamoli district of Uttarakhand and along with being home to a diverse range of flora, it is also home to many endangered animals including snow leopard and red fox.

Nestled at an altitude of approx 12,000ft, The Valley of Flower National park along with Nanda Devi National park come together to form a transition zone between the mighty Himalayas and the Zanskar range of mountains.

The valley of flowers trek comes under the easy to moderate category when it comes to grading the difficulty level and is considered to be a perfect trek for beginners and even a great trek for families. The hardest climb is the one to Hemkund Sahib Gurudwara which is the highest Gurudwara in the world and one of the most important pilgrim sites in Uttarakhand.

The valley itself stretches to a length of almost 10 kilometers, with colors of rainbows speckled across the patchwork of grass, compelling you to stop and look at them closely. The scent of flora lingers in the air and is hard to miss as you keep traversing through the valley, walking on the narrow path that cuts across the flower beds to make way.

In this valley of flower trek itinerary, we start our journey with an 8-hour drive from Rishikesh to Joshimath which is the basecamp for the Valley of flowers trek. Though the drive can seem strenuous, the beautiful scenery that accompanies you provides you a glimpse at four of the Panch Prayag which are five holy sites of the confluence of the river Ganga namely - Devprayag, Rudraprayag, Karnaprayag, and Nand Prayag will surely this drive a visual treat for your eyes. Upon reaching Joshimath, we will check in to our lodgings and retire for the night.

The next day, we drive from Joshimath to Pulna village which is the starting point for the valley of flower trek. Upon reaching there, we start trekking to Ghangaria. We gradually ascend on a stretch of a 9-kilometer route with the Pushpawati river flowing alongside. The trek is considered to be of the easy to moderate category with the uphill route consisting of stone carved paths and steep ascents testing your endurance slightly as you walk up to your next campsite, Ghangaria village which is located at an altitude of 10,000ft. The trail is lined with many small dhabas so you will have plenty of resources to refill your water bottles and get snacks as you move forward. After walking for almost half of the distance, you will be able to see the Hathi Parvat ranges in front of you. From there on the climb is steep and you’ll be required to maintain proper footing until you reach your campsite.

The next day you will be able to traverse through the valley of flowers. But before that, you have to cover at least a stretch of 4 kilometers of land. As you keep walking for at least 10 minutes, you will stumble upon the Laxman waterfall which gushes streams of sparkling water, the sight of which will surely refresh you. After a few minutes, you will reach the forest check post, from where you can buy tickets. The check post signifies your proximity to another marvel of nature in the form of a wooden bridge that is perched upon the Pushpavati river. No sooner after you have crossed the bridge, mountains will start peeking from behind. Every direction that you take will seem like a natural paradise because all colors of the rainbow are now on the ground in the form of blooming flowers. The difficulty level of the valley of flowers trek becomes easier here as you have to walk flatly throughout the valley.

Adorning the Himalayan peaks with different hues belonging to native flowers like poppies, Himalayan roses, geraniums, etc. The flowery carpet will end after a 5-kilometer stretch at a glacier but the sight of the majestic Himalayan peaks of Nilgiri Parvat, Bhyundar Khal, Rattan, Gauri Parvat, etc still make the view picturesque with a cold stream of water flowing throughout. Eating and camping in the valley aren’t allowed so you will have to head back to Ghangaria and retire for the night.

The hardest part of the valley of flowers trek commences the next day as you head out for Gurudwara Hemkund Sahib, nestled at an altitude of 15,200 ft, it is the highest Gurudwara in the world. The six-hour-long trek from Ghangaria to Hemkund Sahib is challenging in more than one way, the first one being that in a matter of a few hours, you gain an altitude of 5,000ft and the scenic views are replaced by steep descents making the climb rather strenuous. As you keep walking, you will be able to look over the entire valley of flowers and soon a cascading waterfall will come into view. You’d be able to feel the low oxygen levels as you gradually ascend, and that is your cue to keep drinking water as much as you can. After traversing on stone paved pathways and stumbling upon melting glaciers, Gurudwara Hemkund Sahib will bless you with the Hemkund lake right by its side, mirroring its pristine beauty. All your efforts will feel worth it once you have a cup of hot piping chai and a mouthful of khichdi that is distributed during the Langar.

As you stroll on the premise, you’d feel a sense of peace that you won’t find anywhere else. The lake, which is formed by the melting glaciers of Hathi Parvat and Saptarishi peaks, reflects the grandeur of the mountain as well. When the skies are crystal clear, you get a view of the Saptarishis peaks beckoning you closer while on the lakeside, rare flowers like the Brahma Kamal add more charm to the beauty of Hemkund lake. On a clear day, you will be able to glimpse at Himalayan peaks of Nilgiri Parvat, Bhyundar Khal, and Gauri Parvat as well.  A temple dedicated to Laxman, Lord Rama’s brother is also situated near the lake and you can pay your respects there as well. You will soon have to descend and the 7-kilometer walk can put a strain on your muscles.

The next day is relatively easier as the descent to Pulna village would feel easier than the steep uphill climbing of the previous day. The trail is lined with enough dhabas and snack shops making it even easier to descend and in no time you’d have reached the base from where we’d be driving to Joshimath commencing our valley of flowers trek.

Being one of the most well-known treks in the Indian Himalayas, the Valley of Flowers trek is quite safe. It has well-laid trails frequented by pilgrims. However, one needs to be careful on the slippery sections of the trail, especially during the rainy season.

The best time to do the Valley of Flowers trek is in July and August when the blooming of flowers is at its peak. The prominent species of flowers that avid nature lovers find here are Brahmakamal, Blue Poppy, Cobra Lily Anemone, Geranium, Marsh Marigold & Primula. Also, the valley has to offer much more than flowers. There are waterfalls, glaciers, towering mountains, gushing rivers, and quaint villages, not to mention an abundance of peace.

Amazing experience in travelling with justwravels...Loved to travel again & again with this group specially coz the trip leaders and coordinarors are like a family... Nd special congrats for having coordinators like Nishant Bhardwaj...they are the real assets for this group... 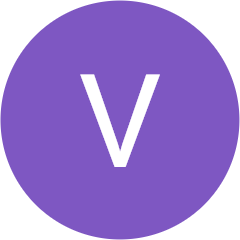 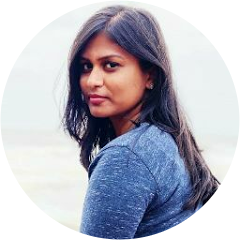 I went on a trek to valley of flowers and hemkunt sahib with justwravel. Our trek coordinator Manu was more like a friend rather than a stranger you just met. On the whole I had a great experience in terms of people, food and everything. This was my first trek. Thank you for making it memorable. Looking forward to doing this again. 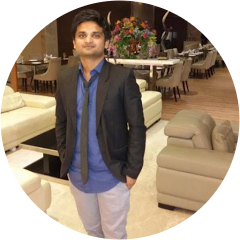 It was great experience 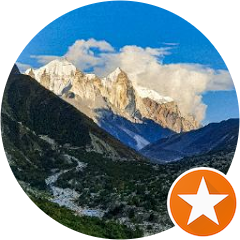 I came in touch with Justwravel in the last year when i booked deoriatal chandrashila-trek with them. We couldn't complete the trek due to sudden change in weather and snow blocked the route. Though it was a failed trip but the experience I had on that trip was one of the best experiences I ever had. It was a memorable trip. Since then I have been traveling with Justwravel. I traveled to Chandrashila, Valley of flowers, Kedarkantha, Ladakh and kareri lake. Everytime i had the best experience in terms of people, food, stay, travel, other services and ofcourse the unforgettable experience. Looking for more trips with you guys. Cheers 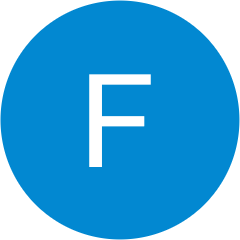 I came to know about justwravel from my friend who have been travelling with them from last 2 year and till now i had done 4 trips with them. Justwravel is simply superb they provide best service and they have very professional staff and everybody knows there job and responsibility. The best part is that they give big attention to all small things and deal with every things related to the trip. They proactively respond to every question of my and are clearly very professional, knowledgeable, friendly staff. Thank you for making my travel experiences always the best and giving me wonderful memories always. Looking forward to many more trips with you guys. 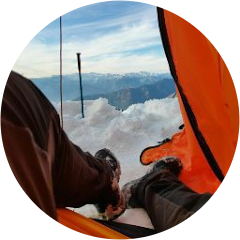 I had an amazing trek organised by justwravel it was a hectic week and my week end was just amazing because of this trek. Perfectly organised. Just loved it. 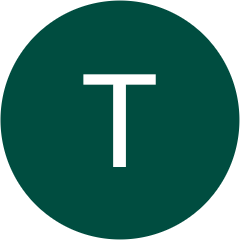 Best Travel Group for almost all types of travellers.. The focus is primarily on quality of services and that is quite evident. Excellent option for solo travellers too.. 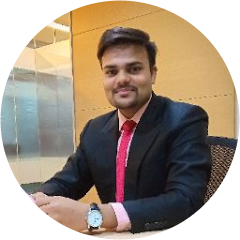 Best organised trip. Everything was perfect. 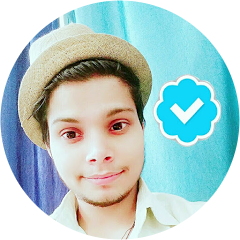 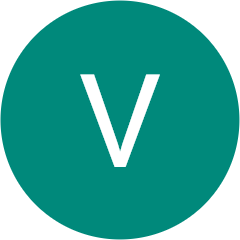 It was my first trek and i am so glad that i choose Justwravel for the same. The arrangements were amazing and the trek leads were so good that they seemed more like friends than trek leads. They had their own amazing stories to tell which was awesome to hear. Special shoutout to Manu sir and Rahbaar. Both were amazing. Hope to see you again soon.

Summer Trek essentials that you must carry while going to the mountains.

Avid trekkers are always up for an adventure in the mountains and even though snow covered peaks are fascinating to climb, it’s no secret that summer treks are equally popular. As the snow melt ...

India is a land of rich topography and the most magnificent part of our country’s diverse landscapes are The Great Himalayas. The abundance of trekking trails in the country are proof that people h ...

What is AMS? - A guide to Acute Mountain Sickness

Acute Mountain sickness or AMS is one of the most common forms of Altitude sickness. It is also the mildest form of altitude sickness but still manages to dampen the excitement of your trekking journ ...