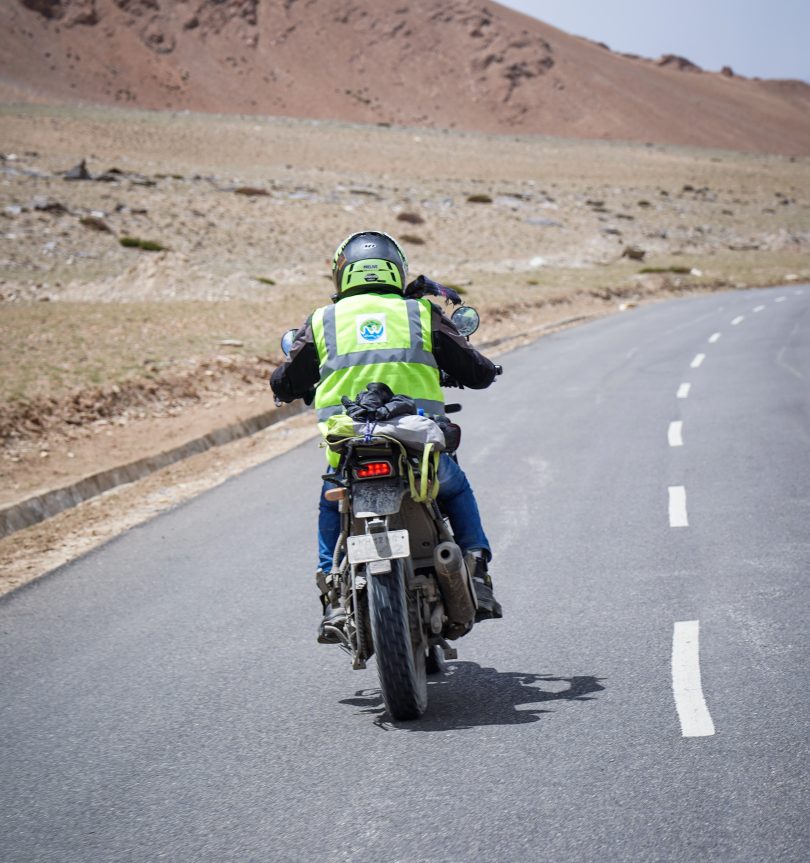 Leh Ladakh which is widely known as the Land of High Passes is as breathtaking as one can imagine a place to be. ‘La’ which means Passes, and ‘Dakh’ which is known as the land, is how this beautiful word Ladakh came to life.

It is a surreal feeling and the adventure that awaits which make Ladakh one of the top places on every thrilling seeker’s list. Additionally, with the top attractions, the trip is indeed a magical experience that you would always cherish to the core.

Experiencing the high passes in Ladakh is surely the best way to be high on life, with all the happiness and excitement that comes along.

The most iconic High Passes in Ladakh You must Visit:

Built-in 1976, It is one of the highest motorable passes in the world. The pass had become available for public motor vehicles in 1988 to provide patrons with a spectacular array of personal experiences.

It is located at an altitude of 17,580 ft and serves as a gateway to the Nubra and Shyok Valleys.

The weather in Khardung La is highly unstable and can keep changing remarkably quickly, leaving travelers stranded for hours at a time, so prepare ahead. The best time to visit this beautiful pass is from May to October.

It is chosen and preferred by the bikers along with the travelers coming this way because of its exquisite beauty. The nearby attractions include Leh Palace, Spituk Monastery & Jama Masjid. Additionally, there are numerous tiny villages with less inhabitation and so on offering the perfect peaceful stay and breath of fresh air.

At a steering height of 17,480 ft, Taglang La is the 12th highest motorable pass in the world. This beautiful snow-covered pass is in the Zanskar range and is indeed one of the best places to visit in Leh Ladakh. The pass which connects Debring and Gya is approximately 49 kilometers long. The infamous Leh-Manali Highway traverses through it.

It initially served as a trading route as well as a religious center. You would be able to spot tons of Buddhist prayer flags which bring more life to this pass. In addition, herds of cattle are running along giving you a glimpse at the slow-paced lives of people.

The weather of Taglang La is extremely freezing and even on the summery nights, it can get very chilly. You can expect the temperature to go as low as -35 °C during the night.

The best time to visit the pass is the months of April and May. A few of the beautiful attractions which are nearby that you can’t miss our Namgyal Tsemo Gompa, Hemis National Park, Shanti Stupa, and the Hall of Fame.

This mountain pass in Ladakh is one of the most breathtaking ones. At an elevation of 16,598 ft, it runs along the Manali-Leh Highway. It segregates the Tsarap Chu and Today valleys. Lachulung Pass is also widely known as Lachalung La, Lungalacha La, etc, which can be read when passing through the highway.

A signpost announcing your advent at Lachulung La Pass is embellished with Buddhist prayer flags. The weather of Lachulung Pass will invariably be cold, regardless of the month or time of the day you show up. Between November and May, the pass is closed owing to the heavy snow. The pass remains open only for four and a half months during summers.

Nearby places where you can go sightseeing are Sarchu, Suraj Tal, Tso Moriri, and Jispa. This pass’s elevation is regarded to be a dangerously intriguing altitude for any pass since Khardung La. A visit to Lachulung Pass is a must when going for a delightful visit to Leh Ladakh.

This pass is merely 9 km away from Sonmarg, and it acts as a beautiful connection between Ladakh and Kashmir. Nested at an altitude above 11,650 ft, it is indeed breathtaking. Zoji La is a thin line amidst the mountains, which is thrilling for the bikers and often exciting for the travelers coming the way as it feels like you are amidst the clouds.

It also has a rich history as the premises of the Indo-Pakistan battle in 1947-48. The weather of Zoji La is undoubtedly freezing cold, and it is also often closed due to heavy snowfalls. The best time to visit would be mid-October to April. Interestingly, Zoji la is known as the Mountain Pass of Blizzards.

You can visit the beautiful top attractions nearby this pass. This includes Baltal Valley, Amarnath Cave, Thajiwas Glacier, and Aru Valley. Zoji La can be a gratifyingly amazing adventure for those who characterize epic journeys as difficult road trips with treasonous roadways and elevated passes.

The beautiful Umling La stands tall at an elevation of 19,024 ft on the east of the Ladakh region of Jammu and Kashmir. It holds the guinea’s world record of being the highest motorable road in the world. Interestingly, this 86 km long route is significantly high than Mount Everest’s base camps.

Inaugurated by BRO under Project Himank, it is yet not fully open to tourists. The pass interconnects captivating rural areas, Chisumle village, and Demchok village, which are situated on the Indo-China border. Aside from its extremely unique route and ambitious opportunities, what distinguishes this pass is that the area encompassing the pass is utterly bereft of any human civilization and is completely deserted.

One of the reasons as to why you cannot visit Umling La is because is an extremely sensitive region that is very close to the Indo-China border. The closest you can go to is the Hanle village, which also encompasses one of the world’s highest observatory.

It is also known as Rohtam Pass and is elevated at an astounding height of 13,050 ft above sea level. The Rohtang Pass is in the Pir Panjal Mountain Range of the Himalayas and is merely 50 km away from the main town. It is about 53 kilometers from Manali and links Kullu valley with Lahaul and Spiti, which provide access to Leh. Furthermore, it serves as a natural boundary between the humid Kullu Valley and the dry Kullu Valley.

Rohtang Pass is often called the Valley of Death because of the number of people who lost their lives because of its tricky bends and dangerous turns. This breathtaking place covered in beautiful white snow has been a popular spot for the shooting of Bollywood movies like Jab We Met, Yeh Jawani Hai Deewani, etc.

This 8 Km long pass at an elevated aptitude of 16,040 feet is one of the best tourist spots in Ladakh. It nearly translates to the top of the mountain with many intersections. Lahaul, Zanskar, Ladakh, and Spiti are among them. With the breathtaking beauty with no obstacles, it is indeed a paradise for travelers coming.

According to folklore, Bhaga and Chandra were two lovers.  While the former was the Sun God Surya’s son, the latter was the Moon’s daughter.  They decided to climb the Baralacha to fulfill their everlasting relationship.

The best time to visit Baralacha La is from the months of April to October. The Baralacha La Pass serves as the starting point for a few treks, including the well-known Suraj Tal and Chandra Tal treks. In addition, this pass is also known for its bone-chilling haunted tale which sends chills down the spine of every reader.

Must Read: The Scary Story of Baralacha La

It is one of the high passes in Ladakh at an elevation of 12,542 ft. Also known as Pillar of the Sky Pass, it is beauty personified. This is one of the three highest passes on the Leh-Srinagar Highway. Is located on the way to the Mulbek valley and is a famous tourist stop on the visit to Ladakh.

The weather of Namika Pass is so harsh, due to which the majority is barren. However, after crossing the pass, you will be rewarded with a spectacular view of the beautiful gardens and snow-capped highs. Furthermore, its numerous twists turns and constricts can be difficult to navigate.

A few of the sightseeing nearby include ancient archaeological sculptures of Maitreya Buddha and Buddhist Gompa. In addition, there are numerous valleys near the pass which make up for a delightful stay.

Recommended Read: Why is Ladakh a Bikers Paradise?

These high passes are indeed one of the best things about Ladakh, and surely add up to the fun one gets to experience on the trip. To experience the thrill that these jagged roads have to offer, hop on to a once-in-a-lifetime adventure in Ladakh. 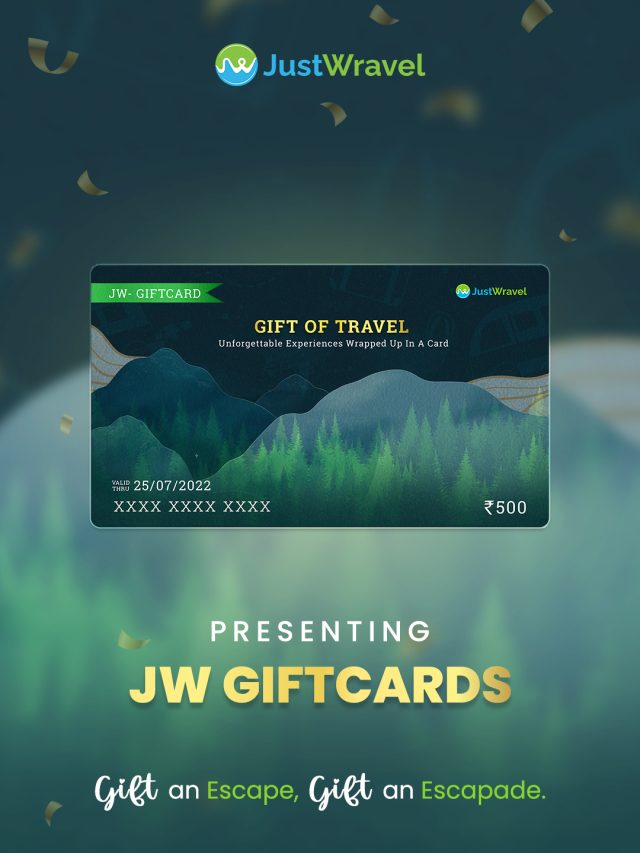 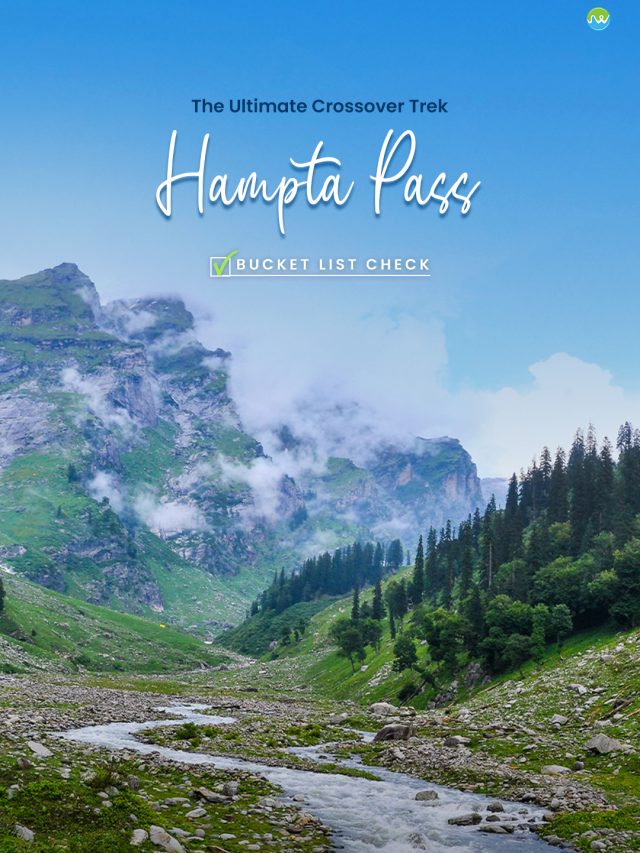