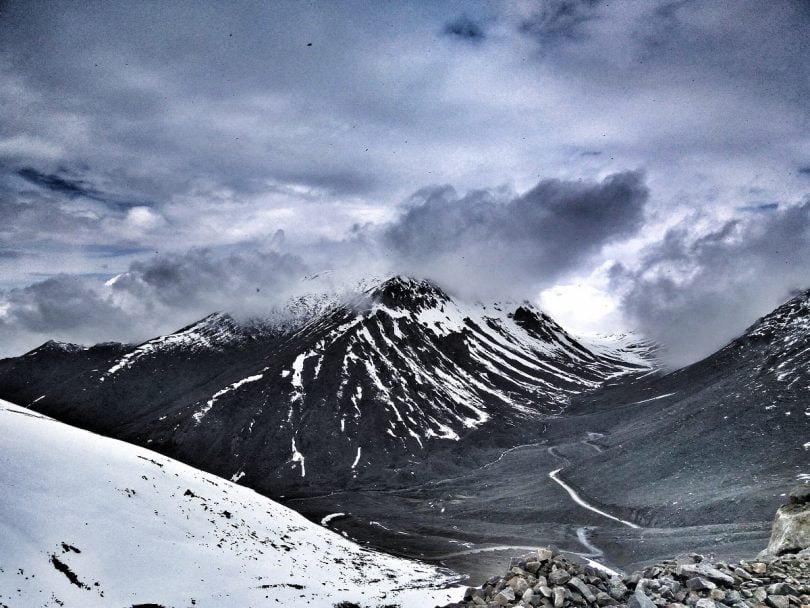 There are many reasons to visit Leh Ladakh. It is a land of unusual natural beauty and projects a picturesque glimpse of how heaven looks like is one such reason.

Also known as the Land of high passes, Ladakh now is a separate Union Territory, earlier it was part of Jammu and Kashmir state. It extends from Siachen to the Great Himalayas in the north, and the beautiful Indus River flows out through Ladakh. Famous towns where you may visit when you make a trip to Ladakh, like Shey, Leh, Basgo lies along the River Ladakh is separated from the borders of China by the Karakoram Range. Leh is the headquarter of the Ladakh region.

Ladakh is famous for its mystic charm, Buddhism monasteries, and trekking areas are more reasons to complement the visit. Surrounded by barren mountains and possessing a cold desert type climate, the place can be best explored if you take a road trip to Leh Ladakh from either Manali in Himachal Pradesh or Srinagar in Jammu and Kashmir

If you look month-wise, then the time from the month of April to the middle of May, is the best time to visit Leh Ladakh by flight. During April and May, the snow starts melting and the weather becomes quite congenial. Moreover, Ladakh does not get rain like the rest of India. So, the monsoon months July, August and September are also a suitable time to make a journey to this amazing place. 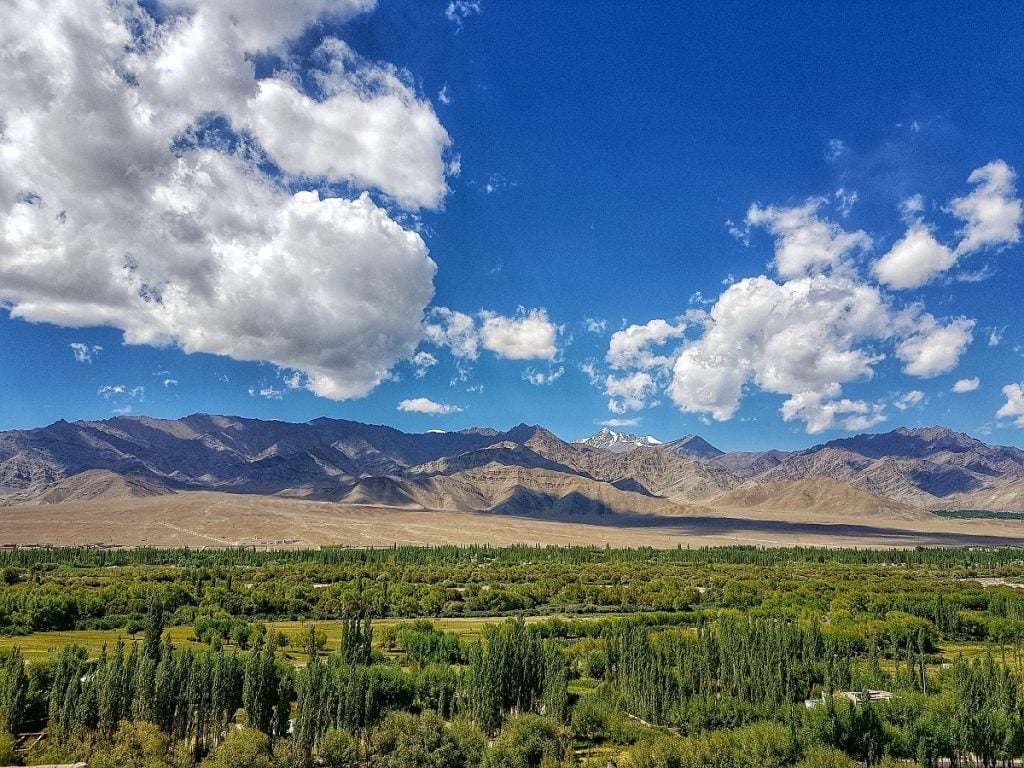 Now, what could be the reason that can compel explorers to visit Leh Ladakh. Well, truth be told, there is no dearth of reasons to plan a Leh Ladakh Road trip.

1. Leh Ladakh is basically the Land of High Passes.

At about nearly 18000 feet (5492 Mts), lies Khardung La Pass which is one of the highest motorable road in the world. Khardungla is also the gateway to Shyok and Nubra valleys.

If you are going for a road trip to Ladakh, then you will have to go across this pass and it is always in the must see places of travelers who visit Leh. Rohtang pass connects the Kullu valley with other valleys like Lahaul and Spiti valleys. Though covered in thick layers of snow in winter, this pass comes alive during the summer months of June, July , August till mid September. It’s possible for you to get stuck in a long traffic jam during this period!

2. The town of Leh is just pure beauty and will lure you with its majestic surroundings.

It is the capital part of Ladakh and lies at a height of nearly eleven thousand feet.

The oxygen supply at such a height is quite less but you can get used to it over time. Don’t rush at things and you will feel completely fine. You can roam around in Leh to visit the Leh Palace, Shanti Stupa, War Memorial and the local market.

The leh palace was once the residence for the royalty. It was built on the Namgyal peak. The palace also possesses a museum that exhibits collections of old coins, jewelry, and traditional dresses. Your Leh Ladakh trip will basically start off from Leh if you are not doing a road trip from Manali or Srinagar.

3. Traditional and ancient monasteries, stupas and gompas are another reason to visit Ladakh.

Some of these monasteries and stupas are old enough to tell the stories of Buddhist culture and history. They have valuable storage of Buddhist artifacts, ancient armory, and thangkas.

The largest gompa in central Ladakh is in Thiksey Monastery. It comprises a forty-nine-foot high statue of Maitreya Buddha and several murals and frescos. A few other popular monasteries in this area are at Alchi, Stok, Shey, and Spituk.

4. A number of rivers and lakes also do provide a magnificent aura to the place.

Located at a height of fourteen thousand feet, the Pangong lake is an ideal site for an excursion. If you want to go for a road trip to Leh Ladakh, know that it would take nearly five hours to drive from Leh to Pangong.

Another wonderful lake at this place is Tso Moriri. The water in this lake is crystal clear, and it reflects the surrounding mountains to every detail. This place is home of several flora, fauna and wildlife species that are unique to this place.

5. Another reason to visit Leh Ladakh is the option of trekking expeditions that are available.

Most of the trekking routes are open from April to October. The months of May and June are the most suitable for trekking to higher altitudes.

But be aware that access to a few places requires a permit from the government body. You can take the help of your travel agent to obtain permits. The Chadar trek across Zanskar Lake is one of the most adventurous and demanding treks in the world. The Zanskar Lake freezes during the winter and trekking during this time might be more challenging and difficult.

6. Even at this altitude, the colorful traditional festivals will not cease to amaze you.

The famous traditional Hemis Festival is held at this place. During the time of this festival, traditional masked dances are performed.

7. Ladakh is home to many rare species of wildlife.

But in winter, these animals come lower to survive from the freezing blizzards. Wild Yak, Tibetan wild ass, Ibex, Brown bear, mountain wolves, and lynxes are also found in these areas. Flora and Fauna of Ladakh have a great diversity.

The climate of this place is ideal for the survival of these rare species making it an exotic destination for wildlife viewing. 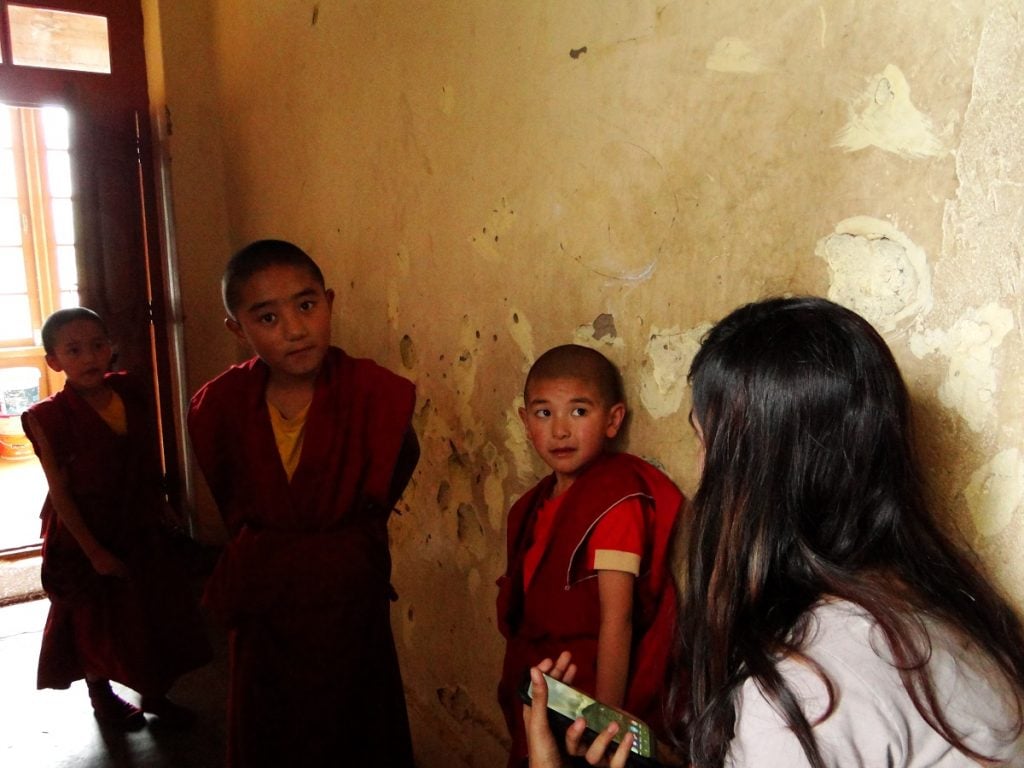 The local peoples of Ladakh are amicable and are always ready to welcome you with warmth and affection.  You will always find interesting stories and mountain myths from them. The mythological creature, the ‘Yeti’ or the ‘Abominable Snowman’ holds the name ‘Migoo’ amongst the locals and the locals have stories to make you believe that they truly exist.

A completely different land surface, free from the commotion, mess and crowd and vegetation too (well, almost!), you can always opt for a trip to Leh Ladakh to spend your vacation.

So, now that you have enough reasons, what’s stopping you from visiting amazing Ladakh, the doorway to heaven!