The lake houses a floating island which keeps changing its position time to time. With many stories doing the round few believed that it hasn’t shifted for the past three months and with the help of island shifts locals can predict weather conditions and can be prepared for worse.

According to locals, it is said that the water level of the lake has been maintained for centuries now. There is no water source to the lake. The lake is surrounded by snow laden peaks of Himachal Pradesh most of the time of the year. One can have clear views of mighty peaks such as Indrasan, Deo Tibba, etc. It is one of the few weekend treks from Delhi and Chandigarh.

Well organised , trek leaders Manu and Krishna both were great ?, helping and guiding all the way ... will definitely travel with them again !

I went for Prashar Lake Trek last weekend with Just Wravel! Just got amazed with everything. Strongly Recommend for adventure travel! ?

had my first trip to parashar lake (hima_chal) with #JustWravel and it was really amazing..I didn't even feel that i am traveling with some strangers i have met a while ago... these people made the trip fro a noizy place to a peaceful land so comfortable... closing eyes in this hectic capital & waking up, finding oneself between beautiful mountains & up above the clouds...the experience was really amazing... & the guides were really patient.... I had been a life time experience... so I would like to ask #JustWravel.... would you like to travel with us again. special thanks to #Manu .... i got a new travel porn person..with so many stories with him...Thanks for the exposure.

The experience of trekking to Parasher Lake (HP) with justwravel was amazing..Special thanks to Rohan Verma. He was really an amazing person and had done the arrangements beforehand. There were no issues at all. Everything was properly planned and perfectly executed. Looking forward for the next trip with justwravel ?

A great company to plan your trip with . The trips are very well organized and taken care of all the things. Our trek leader Kamran properly guided us and planned the trip very well. Kudos to the whole team

had a great trip to Parashar Lake last year with Justwravel 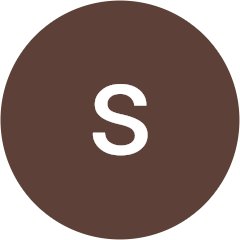 I always liked and followed dis page.. but now i had lived n experienced this beautiful journey with justwravel..@abhishek n @ticklu.. Thanku guys for making this trek a lifetime experience..it was an amazing journey full of beautiful memories..this was my first trip with u..but i would like to go again n again..

My love for mountains is something that has kept growing every single day since the very first time I reached atop Triund back in 2015 autumn. I kept making plans and kept my travels going for 3 yea ...

Why Prashar Lake is the best weekend trek from Delhi?

So to bring you relief from all the search, you can pack your backpack for Prashar Lake. Prashar Lake trek begins from a small town of Baggi close to Mandi in Himachal Pradesh. Walking along the Beas ...