The stunning natural beauty of the Himalayan “Valley of Flowers” is unmatchable. VOF is at an approximate altitude of 3600 meters above sea level. This natural valley is also a Reserved Indian National Park situated in the timeless Himalayas. It is in the northern part of the Chamoli district, in the north Indian state of Uttarakhand. The valley is home to rare, exclusive, and even endangered fauna,  and has the Alpine flowers that are endemic to the region. The region also has the endangered fauna, including the Musk deer, snow leopard, black bear, and the blue sheep. You can also find the colorful and high altitude birds here (including the Himalayan Monal Pheasant). The picturesque valley is 2 kilometers wide and 8 kilometers long, with its area being approximately 87-kilometer square.

Discovery of the Valley of Flower.

The beautiful valley of flowers national park was unknown to the outside world till the year 1931, because of the inaccessibility of the terrain, and presence of no information/evidence about it. British mountaineers discovered it by the name Frank Smythe, R.L. Holdsworth, and Eric Shipton. These mountaineers accidentally discovered the valley when they were returning from the Mount Kamet. The present name ‘valley of flowers” was also given by these mountaineers. An imminent botanist by the name Professor Chandra Prakash Kala carried out an extensive study and research of the flora of the valley of flowers. He listed 520 Alpine and wild plants that grow exclusively in this region only.

While the valley came to be known to the outside world in 1930, it has been known to the local people since early history and ancient times. The World Heritage Site was declared a National Park in the year 1982. The region within which the valley situated in a transition zone lying in between the Great Himalayas and the Zanskar range. The valley of flowers in Uttrakhand forms a part of the upper region or expanse of Laxman Ganga or Bhyundar Ganga. Joshi Math (in the Garhwal region) is a major town near the valley. The broader valley region within which the exotic valley of flowers is situated is called as Pushpawati Valley. This region is quite close to the Nanda Devi Park (approx 20 km distance apart), which is also a part of the UNESCO World Network of Biosphere Reserves. The majestic and breathtaking Zanskar range is also a part of the Himalayas, and the highest point of this region and the valley of flowers is the “Gauri Parbat” that is situated at the height of 6719 meters above the sea level. 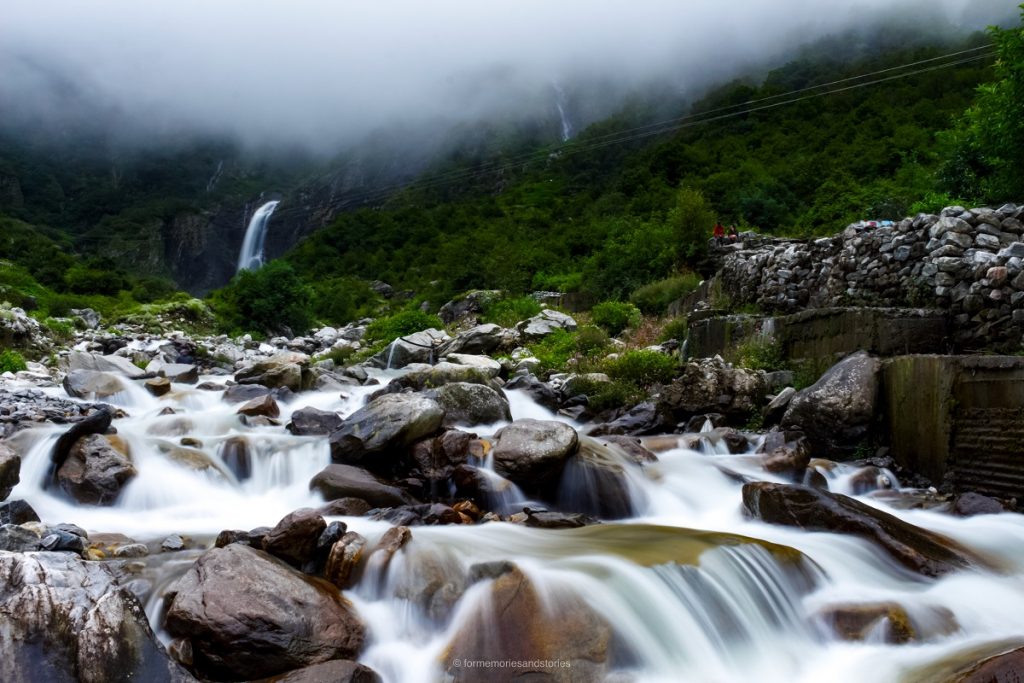 How to Reach the Valley of Flowers?

The valley stays beautiful throughout the year, and you could visit it at any time and at any season. If you want to see the maximum number of exotic and rare flowers in full bloom, July and August may be the right months. Those interested in capturing the splendid beauty of glaciers may visit it in June. The valley is suitable for trekking for beginners in India, as the trek has an average challenge level.

The trek to one of the best natural wonders of the world is 17 kilometers. You will have to reach to Joshi Math, which is easily accessible through road connections. You can reach to Joshi Math via Dehradun or Haridwar, which are both around 270 kilometers from the hilly town. The actual trek to valley of flowers starts from Govind Ghat, which is around a one-hour drive from Joshi Math. The next major destination of the trek to the valley of flowers is Ghangaria. The distance between Govind Ghat and Ghangaria is around 15 kilometers distance. The trek distance can be reduced to 11 kilometers as the road is motorable for the next 4 kilometers. This small and beautiful one-street town can also be reached through helicopter, mule, or porter.

The fragrance of a variety of flowers will catch while reaching to Ghangaria itself, and you will find the wild strawberries, bush Roses and other flowers and plants during this trek. Ghangaria has several restaurants, hotels, and a Gurudwara as well. If you are looking for free accommodation and food, the Gurudwara has it for you. The helipad of this region is also situated at Ghangaria. A significant pilgrimage point of Sikhism, Hemkund can also be reached through this trek.

Further trek and travel can only be accomplished once you get the permit to reach the valley of flowers from the Forest Department, at Ghangaria itself. Trekking to the valley can be done during the daytime only, and the permit you get is valid for 3 days. You cannot camp in the valley of flowers but can stay at the hotels and accommodation available at Ghangaria. You reach to the valley of flowers after a trek of around 2.5 kilometers from Ghangharia. You will find a range of habitats in this region including meadows, small forests, riverbeds, valley bottoms, bogs, plateaus, moraine, and stone deserts. More than 600 species of plants inhabit this small region, and some of the species are not even found in the nearby areas of the Nanda Devi National Park or anywhere else in the world. The flower carpet of the valley includes the anemones, roses (including the Himalayan rose), daisies, marigold, primulas, poppies, and orchids. Pink, white, yellow, red, purple…! There is all kind of colors that add to the glory and magnificence of the valley. The snow-capped mountains of the Himalayan range in the backdrop and their splendid beauty is also a feast for the eyes.

Things to keep in mind while traveling Valley of Flowers:

Here are some essential tips to keep in mind while trekking to the Valley of flowers.

●It is crucial that you carry your water bottles during your trek. You will find many dhabas and other locations where you can fill up the container.

●Ensure that you are in full good physical health, and get your health examined by a registered medical practitioner/physician before embarking on the journey and trek.

●Ensure that you have your raincoat, as mild drizzles or major rain showers may accompany your trek.

●Leave early in the morning to explore the valley fully.

●To prevent altitude sickness take generous breaks during the trek.