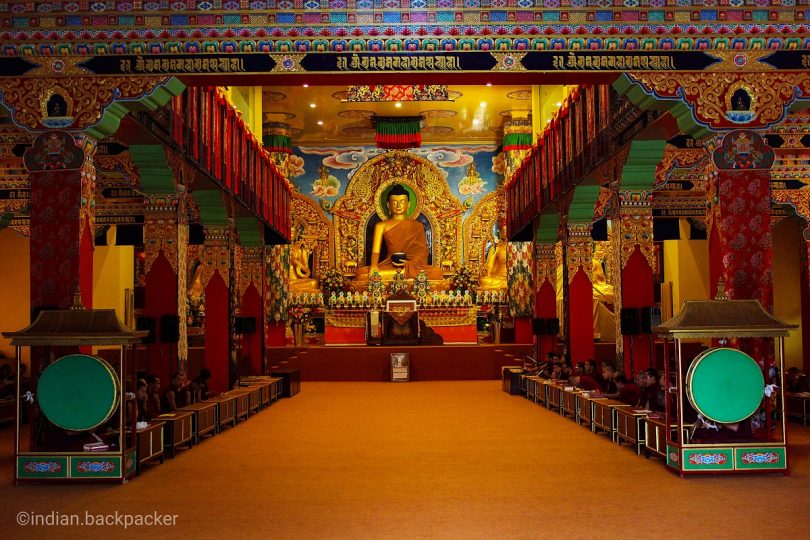 Blessed with nature’s bounty, Himachal Pradesh is a paradise for every type of traveller. From majestic waterfalls to lush meadows, adventure avenues to relaxing retreats; the scintillating beauty of Himachal is difficult to describe. But, if you are eagerly looking for new experiences while travelling then there is a lot more than just scenic beauty. Known as devbhoomi, Himachal Pradesh is also the land of interesting festivals and fairs.

These communal gatherings serve the purpose of societal unity and coexistence. Some are celebrated to praise the local deity (devi-devta), a few for educational purposes, and some for the society to bring peace and harmony.

Around 200 deities are worshipped in Himachal and numerous festivals are celebrated for blessings, prosperity, and honour.

But what’s there in for travellers? Well, these local fairs and interesting festivals give a close insight into the real Himachali culture, rich heritage, and never-seen-before traditions. The spirit of Himachal Pradesh lies in their local celebrations.

Here are 8 bucket-list-worthy festivals and fairs hosted in Himachal Pradesh that is not to be missed. Let us go through them!

When: May, Where: Hadimba Devi Temple (Manali)

Doongri Fair, also known as Hadimba Devi Fair, is celebrated in Doongri Village near popular hill retreat – Manali. This local Himachal festival is held at Hadimba Temple to celebrate the arrival of the spring season. The entire Kullu Valley gets decked up with vibrant blooming flowers, lush greenery, and thus comes to life after a harsh winter season.

Hadimba Devi (wife of Bhima from the epic Mahabharata) is highly revered by the natives of Kullu and celebrates the Doongri Fair with utmost joy, showcasing musical and dance performances on enthralling beats of local instruments.

When: September, Where: Kalpa ( Kinnaur)

Celebrated in the high-end region of Himachal Pradesh – Kinnaur, Phulech, or Fullaich is also known as the festival of flowers. This marks the end of the monsoon and onset of the autumn season. The locals of the Kinnaur region proceed towards hillsides to collect flowers.

These flowers are then offered to the local deity of the village and afterward distributed amongst people as a blessing followed by Kinnauri Nati dance, singing, and feasting.

When: October or November, Where: Rampur Bushahr (Shimla)

Lavi Fair is said to be three hundred years old fair and celebrated every year for three continuous days. This beautiful local fair held in Rampur region of Himachal Pradesh attracts not only the travellers but also locals from Tibet and Kinnaur to perform business.

In old times, Rampur was once a major center on the old trade routes to Kinnaur, Ladakh and Tibet. Lavi fair acts as a great market for a variety of goods such as Pashminas, dry fruits, colts, woolen clothes, yaks, mules, horses, chilgoza, traditional garments –patties, etc. Therefore for shopping lovers, to purchase local souvenirs, this fair is the best place.

When: September or October, Where: Kullu

One of the biggest festivals held in Himachal Pradesh, Dussehra celebrations in Kullu is widely popular. Unlike in other parts of India, no effigies of the demon king Ravana are brought to ashes in Kullu during Dussehra festivities. Instead of following the norm, two hundred deities come to Kullu Valley to pay homage to Lord Raghunath.

Beautifully decorated chariots or palkis of village Gods and Goddesses are carried out across the town. This seven days long festival is celebrated by dancing, singing, and cultural events like the International Folk Festival. Don’t miss out on the special folk dance performance by Gaddi shepherds.

When: February, Where: All monasteries in Himachal

In the entire tribal belt of Himachal and Tibetan colonies (located at Manali, Dharamsala, Solan, Baijnath, and Shimla), Losar is a beautiful way of welcoming New Year, also known as Tibetan New Year. All the monasteries positioned in Himachal worships the holy deity of their respective shrines for peace, good fortune, and joy in the upcoming year.

Situated in Mandi, the Buddhist monastery in Rewalsar dedicated to Lord Padmasambhava is one of the best places to enjoy the Losar festival celebrations.

The festival includes chanting, prayers, Chham dance, folk music, and drama. The major attraction of this Losar festival is the colourful mask dance performed by the Buddhist Lamas.

When: February or March, Where: Mandi

Lord Shiva is the chief God of Himachal Pradesh and thus his favourite festival is celebrated in a grand style. A beautiful Shivratri Fair is organized every year at Mandi (also known as Choti Kashi). Entire Mandi town is decorated with lights and thousands of people from different-different regions, valleys, villages, etc dressed in their traditional attire take part in the fair.

Beautifully decorated chariots or palkis of local deities from all parts of Mandi district come to pay homage to Lord Shiva at Baba Bhutnath Temple. A weeklong fair is held at Paddal ground and Seri Manch.

When: December or January, Where: Lahaul

One of the famous festivals in Himachal Pradesh is the Halda Festival, celebrated mainly by the natives of Chandra and Bhaga valleys. In this festival, a traditional ceremony is held in which people pay tribute to the Goddess of wealth – Shashikar Apa, and seek her blessings.

As a part of the age-old ritual, two or three persons from every household carry burning cedar sticks in their hands and throw the lit sticks into the bonfire. This bonfire is the symbol of harmony in the local community. The actual date of the festival is always decided by the Lama.

When: May, Where: Dharamsala and Bir

Destinations like Dharamsala and Bir in Kangra valley are just perfect to enjoy the summer season. It’s not just the weather but also a variety of fairs and festivals hosted in Kangra district that will make your trip a delightful one. A variety of programs are organized by the Tibetan Institute of Performing Arts.

Planning to travel to Himachal in the coming months? Then plan your trip during the above mentioned local fairs and festivals held in devbhoomi Himachal Pradesh.