Sikkim is a little territory of India settled between Tibet, Nepal, and Bhutan. It's the ideal getaway from the warmth and hustle of the huge urban communities in India and is loaded with social, verifiable, and regular miracles. Sikkim was an independent state until it joined India in 1975 and accordingly it has its one-of-a-kind legacy that feels altogether different from the remainder of India.

North Sikkim Backpacking trip assists you with exploring the white-covered mountains of Sikkim and its delightful valleys of blossom. The outing begins from Gangtok and advances toward the Northern valley of Lachen, Lachung, and Yumthang Valley. The feature of the outing is the Gurudongmar lake which lives at the tallness of 5430m ie. 17800 ft. The Lake is probably the most noteworthy in the World and India.

It is considered hallowed by numerous networks like Buddhists, Hindus, and Sikhs. Sikkim is one of the marvels in the northeastern piece of India. It is pleasantly concealed and flawlessly landlocked with massive regular excellence, it has every one of the parts which would soothe you from the sleepiness of overwhelming everyday exercises. The powerful Kanchenjunga, thought about a generous defender, dominates the area, making itself noticeable from different points within the state. As the mercury ascends the nation over in May, Sikkim gives a genuinely necessary retreat.

It has every one of the segments which would soothe you from the sluggishness of energetic everyday exercises.  As the mercury ascends the nation over in May, Sikkim gives a genuinely necessary retreat. There is something marvelous about waking up in the shadow of the enormous Kangchendzonga, something serene about the songs in the cloisters, something exciting in walking over frozen lakes, something refreshing about walking alongside the fringes of Rhododendron trees, something wonderful about breathing in the aroma of more than thousand unique types of blossoms and something uncommon about Sikkim.

Backpacking trips are for that extremely late organizer who leans towards immediacy over everything else and has confidence in living life without limit. This Sikkim backpacking trip is only for those unconstrained voyagers that are seeking fun, experience, and quiet surroundings amidst the Himalayas.

Camp outside with chilled Thumba ( neighborhood brew of Sikkim) as you attempt to spot heavenly bodies in the gem night. Towards the finish of the outing, you will find yourself sitting by the wishing lake as the sun will leave its keep going layer of orange on the waters. The silence will be overpowering and mesmerizing, you will wish that this tranquil second keeps going forever.

Top 10 Adventure Activities to do in Sikkim

Sikkim is often known as 'Traveler's Paradise' but have you ever thought why so? Well there is a long list of Adventure Activities that you can do in Sikkim fr ...

Top 10 Places To Visit In Sikkim

Some places are so remarkable that you just can't overcome the vibes. Well, there are many reasons to visit. With the mountain ranges of Kanchenjunga 8,586m in ...

Sikkim is one of the smallest states of India where mystique prevails. If you believe in the quote that ‘all good things come in a small package’, then your ...

Sikkim - the land of astounding natural beauty, interesting culture, and food, is a charming place for all type of travellers around the world. Blessed with the ... 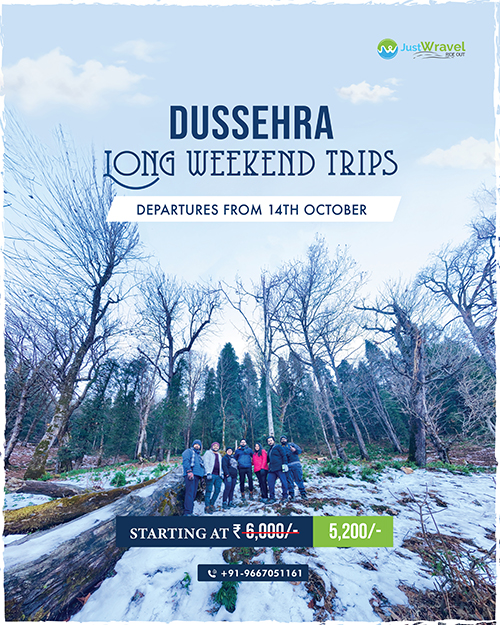