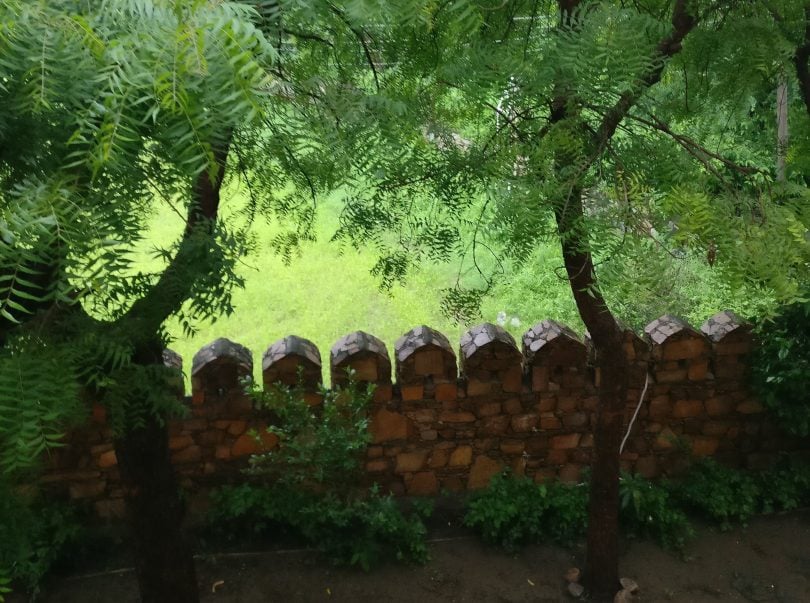 Welcome folks! Just Wravel presents here, a few details on some of the well-known most visited National Parks in Rajasthan. Read on to know more and plan your next adventure-packed tour in Rajasthan.

Ranthambore national park and tiger reserve is a mix of ringing rivulets, lofty hills, green meadows, and calm lakes along with the dry and deciduous forest. Ranthambore also offers a great array of flora and fauna. It is one of the largest national parks in Rajasthan.

Apart from the tiger, Ranthambore is also home to sambhar deer, sloth bear, blue bull antelope, jackal, leopard, fox, hyena, and a vivid variety of birds which altogether provides a feast to its visitors. The fortress located here tells its tale of romances and battles from the 10th century.

Ranthambore is at a distance of 14km from Sawai Madhopur which is easily accessible by rail from Delhi, Mumbai, and Jaipur; and by road from Jaipur and Delhi.

One can board a cab or local bus from Sawai Madhopur to reach Ranthambore. Also, there are good accommodation facilities available in Sawai Madhopur.

This national park is open from October to June.

The best time to visit is during the cool months of November to March. The hottest period around the park is in the months of April to June. The opening and closing hours are 7 am to 6 pm.

Lying in the vicinity of the Aravalli hills, Sariska tiger reserve is located in the Alwar district of Rajasthan. Rich with flora and fauna, this famous tiger reserve was once deprived of tigers. It was then, under the ‘Project Tiger’, Tigers from Ranthambore were relocated to Sariska.

Apart from tigers, leopard, chital, sambhar deer, blue bull, striped hyena, ape, and four-horned antelope can also be spotted. Inside the reserve, monuments of historical importance like the Kankarwadi fort and the famous Pandupol temple dedicated to Hindu God Hanuman is situated.

Sariska is situated 37 km away from, its nearest railway station, Alwar. By road, Sariska is 107 km from Jaipur and 200 km from Delhi.

The park remains open from October to June and the best time to visit is from October to March in order to avoid the hot and humid climate. The park is open on all days of the week (during October-June) from 8 am to 6.30 pm.

Recognized as one of the world’s most important bird breeding fleeting grounds, Keoladeo National Park was formerly known as Bharatpur Bird Sanctuary. It is also listed as a World Heritage site by UNESCO. There are over 370 species of birds and animals found in this park.

Inside the park, there are well-defined treks that can be travelled on foot, cycle, or rickshaw. Also one can experience a boat trip early in the morning or late in the evening. It is the most famous national park in Rajasthan for Bird enthusiasts.

Apart from the diversity of birds, other notable inhabitants of the national park are, desert fox, wolf, blackbuck, desert cat, chinkara, and hedgehog. The Desert National Park also has a majestic treasure of plants and animal fossils as old as 180 million years.

The desert national park is located at a distance of 40 km from Jaisalmer. One can hire a cab or board a bus to reach the park.

This national park is open throughout the year but the best time to visit and cherish the flora and fauna is from November to March. The park is open from 12 noon to 5 pm.

The greenery of Kumbhalgarh wildlife sanctuary falsifies the ‘desert’ impression of Rajasthan. Encircling the Kumbhalgarh Fort, this sanctuary was a hunting ground for the royals. With the rugged Aravalli hills and a rich river valley, this sanctuary is home to a much diverse variety of fauna.

The best time to visit is during the monsoon when one can witness the sparkling greenery of the sanctuary. The Sanctuary is open every day from 10 am to 5 pm.

The remains of the ancient palace where the royal family of Bharatpur resided can be found in Baretha.

Bandh Baretha is 45 km from Bharatpur and the nearest airports are Jaipur or Agra airport. It is also easily approachable by road.

The best time to visit is during February and March. The Sanctuary is open from 6 in the morning to 6 in the evening.

Hope you like our curate listed of most visited National Parks in Rajasthan. If we have missed out on any, do let us know in the comments!