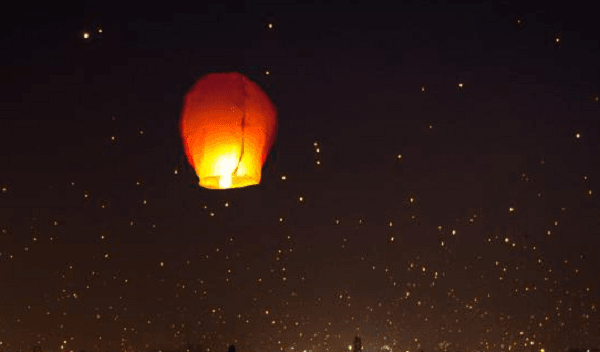 When it comes to history and heritage, only a few states come close enough to Rajasthan. The seat of the Rajput culture, the area that we now know as Rajasthan has had a rich past. Many traditional festivals- both religious and otherwise- occur every year in different cities of the state. Discovering the vibrant festivals in Rajasthan brings us to these 6 most important celebrations in the state:

The capital of the state hosts the most important festival of the year. One of the religious festivals of Rajasthan, Teej is held in the name of the Goddess Teej. The festival is celebrated with dance, worship, and traditional fair.

The idol of the Goddess Teej is carried across the city on a golden palanquin, accompanied by adorned elephants, horses, and camels. You should look out for the special sweets known as ghewar and malpua, as well as the colorful bangles, dresses, and veils worn by the women participating in the procession.

The Bhaneshwar Festival is held in the city of Dungarpur. This is actually one of the most famous cultural and tribal festivals of Rajasthan.

The festival is organized by the Baneshwar temple of the city and is especially important to the members of the Bhills tribe. The tribe assembles in this place in the month of February, coming all the way from Gujarat, Rajasthan, and Madhya Pradesh, to take a dip in the Mahi and Som rivers. The puppet dances and other cultural shows make for a glorious sight.

Kumbhalgarh hosts one of the biggest music festivals in the country. Initially, the festival was a platform for local artists to showcase their musical talent. It has since then opened its doors to participants from all over the country and the world.

The festival is held every year with the Kumbhalgarh Fort as the backdrop in order to uphold the culture of Rajasthan. When you are here, look out for the performances from the artists, the fireworks display, as well as Mehendi and turban tying contests.

Literary enthusiasts describe JLF as one of the greatest literary festivals in the world. Held in the Diggi Palace, JLF sees an amalgamation of both Nobel Laureates in literature as well as amateur writers. This is a great place for literature enthusiasts and budding writers to meet and learn from the best in the game.

Throughout the four days of JLF, you will be able to witness book releases, various seminars, and discussion sessions, slam poetry sessions and debates on current and pressing matters. JLF is central to the literary culture of Rajasthan.

The Brij Holi is endorsed by Rajasthan Tourism as a festival of joy. Celebrated a few days before Holi in the city of Bharatpur, Brij Holi is held with exuberance and joy. The worship of Lord Krishna is followed by dance, music, fairs, and smearing the locals with color.

You can also take a dip in the Banganga River to purify yourself before you offer your prayers at the auspicious Radha Krishna Temple. The enactment of Raas Leela is one of the star attractions of the festival.

The stunning city of Ajmer is home to the holy tomb of Saint Moinuddin Chishti, one of the most pious Sufi saints. Every year, the Urs Festival is celebrated on the day he passed for his heavenly abode. This is one of the premium festivals in Rajasthan Tourism.

On the day of the festival, the tomb is washed with rosewater, and covered with an embroidered cloth. The visitors to the Urs Festival should stay for the Sajjada Nashin- the white cloth flag hoisting ceremony. The Qawwalis and Mehfil sessions exemplify the core of Sufi music that exists in Ajmer to this day.

During the month of May, Mount Abu hosts the Summer Festival. The festival begins on the day of the Buddha Purnima. For three days, both domestic and international visitors will be able to steep themselves in the rich Rajasthani Heritage.

You can enjoy cultural concerts, horse racing tournaments, skating races, tug of war competitions, boating competitions in the nearby Nakki Lakes, and band shows. This is the best celebration of all things Rajasthani.

What is now known as Udaipur was once Mewar, the capital of the Rajput kingdom. The Mewar Festival is a celebration of the oncoming of spring. The whole city of Udaipur is covered in colors and lights and bright decorations.

During the festival, there are traditional processions, cultural celebrations, and events that celebrate the rich Rajasthani heritage. Each section of the city has its own way of celebrating the festival, and this is the most glorious and joyous festival in the country.

The Kota Adventure Festival is held in the month of October each year. During this festival, visitors can participate in adventure sports such as rock climbing, parasailing, trekking, excursions, and the like.

This is one of the festivals in Rajasthan where you will find excitement from start to finish. If you are a fan of adrenaline rushes, this adventure sports festival should be a must-visit on your travel list.

The Kite Festival in Jodhpur is one of the most popular festivals all over the world. This iconic celebration is beneficial to Rajasthan Tourism, as it attracts a lot of tourists each year. The festival is held for three days, and it is all about kites.

While the tourists are encouraged to fly kites of various shapes and sizes, helicopters release huge kites, balloons are released, and so on. The sky is lined with beautiful colors, making for an amazing view in all.

Rajasthan is one of the few states of the country where celebrations are held all year long. They are the best examples of Rajasthan’s colorful and rich heritage. You can visit the city at any time of the year, and you will be greeted with festivities and exuberance.