Home » Categories » Culture & Heritage » The Importance of Do Dham Yatra 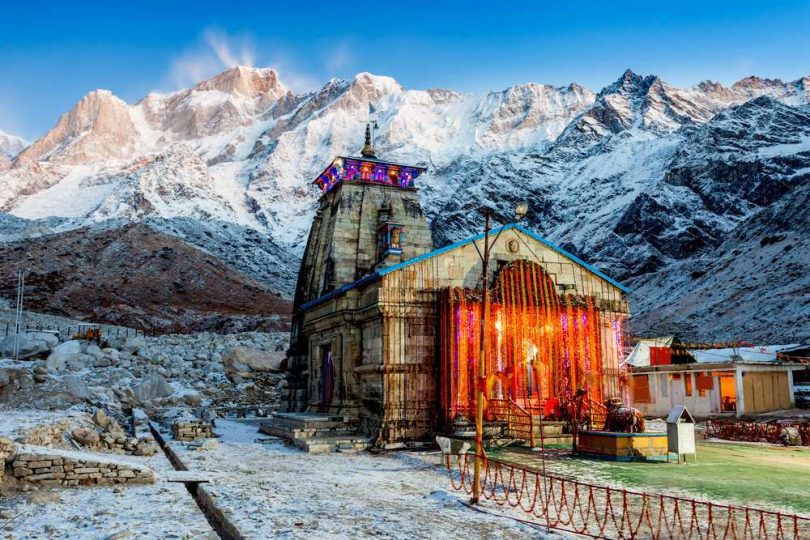 An epitome of solace and religious belief, the Do Dham Yatra in Uttarakhand is world renowned. It has played a major significance and role in the Hindu mythology and Mahabharata. If you are a believer, the importance of Do Dham Yatra in your life is unmissable.

Kedarnath and Badrinath are a part of the Chottha Char Dham Yatra. The other two being Gangotri and Yamunotri. The two major transit stops are via Dehradun’s airport or Haridwar railway station. You also have have a variety of public transport to select from.

If you are doing the Do Dham Yatra, the preferable route to choose is from Guptkashi. Situated 220 km from Haridwar, you can visit Kedarnath and then Badrinath.

Kedarnanth: The Epic of Lord Shiva

With an enriching history of over 1000 years, it is believed that the shrine is amongst the twelve naturally formed ‘Jyotirlingas’ in India.

In the mythological Mahabharata, it is when the Pandavas went looking for Lord Shiva. They asked for salvation for the killing of the Kauravas, their blood brothers. It was then that Lord Shiva took the avatar of a bull to evade this interaction.

The temple is situated amidst snow-capped mountains in the Garhwal region of Uttarakhand.

Another way to reach Kedarnath if you do not opt for the helicopter is to trek up from Gaurikund. The 14-km trek, takes approximately 8-9 hours one way.

You have a variety of options to stay put there during the night if you wish to do an early morning darshan.

The Rudrabhishek Puja, is where you receive blessings from the Rudra form of Lord Shiva.

The relevance and importance of the Do Dham Yatra is such that devotees wait for the six-month period when this temple is open. There are other attractions which you can visit if you intend on exploring a little more.

The Bhairavnath temple is a must when you are in Kedarnath. Chorabari Lake, which is another 4 km trek from the temple is a stunning glacial lake which you can make a stop at.

Badrinath: The Epic of Lord Vishnu

Also known as the Sapta Badri, Badrinath is overlooked by the Neelkanth Peak. It is located at a distance of about 218 from Kedarnath temple. This temple is dedicated to Lord Vishnu.

The history mentions of when Lord Vishnu meditated under the Badri Tree. He did this for a period of 1000 years, for the betterment of mankind.

There’s a saying that your pilgrimage here is incomplete if you do not take a dip in Tapt Kund – Home of Lord Agni. Which, despite the freezing temperatures outside is a natural hot spring. To pay homage and ask for peace of the departed souls, pilgrims visit Brahma Kapal.

The Mana Village, also known as the last village at the Tibet-China border is at a mere 5 km distance from Badrinath. Majority of the activities here link with the pilgrimage site. The belief of the Vyas Gufa is, Maharshi Vyas composed the legendary epic Mahabharata here.

If you intend on making some stop overs, there are picturesque locations that you can include in your itinerary.

Chopta, or Mini Switzerland of Uttarakhand is very close to Kedarnarth. If you are a travel enthusiast, or a hiking lover, you can choose from the Chandrashila & Tungnath treks. The wildlife of Chopta is another attraction if you dwell into flora and fauna.

For any religious believer, the importance of Do Dham Yatra is to help you attain salvation. Hence for every Hindu, this yatra is a must.

A travel enthusiast with a craving to explore the immense diversity prevalent in the world. Someone who has learnt from experience and lives each day to the fullest.