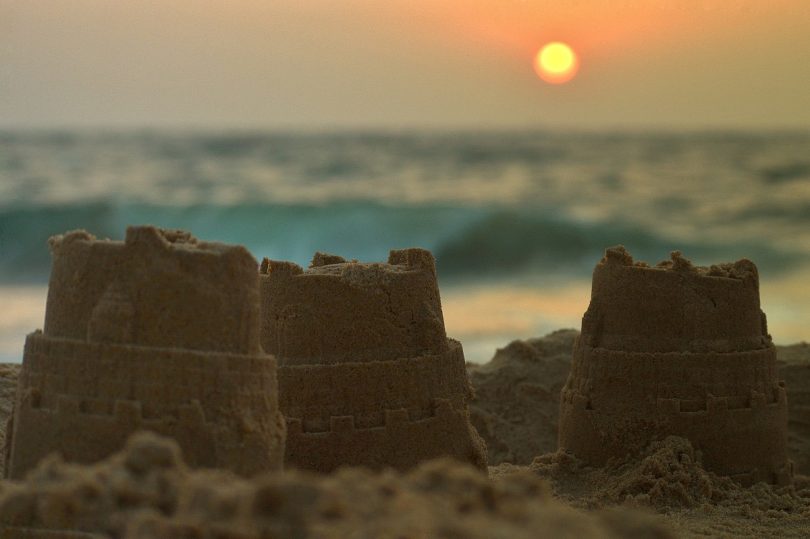 The religiously diverse nation of Sri Lanka is home to four main religions, Buddhism, Hinduism, Islam, and Christianity. This throws a feast of a lot of public holidays each year – 25 in fact! Here is a list of Sri Lankan festivals to consider coming to the teardrop island.

The POYA festival that falls on the full moon in March is termed as Vesak Poya. Its called the triple celebration of Buddha-  Buddha was born, found enlightenment, and then passed away on the very same day many years ago.

What makes this festival a good visit for the tourists is that the locals decorate every home and place with lanterns and people hand out food and drink to passers-by on the streets and it’s a great chance of interaction with the locals.

There are not one but many Poyas to feast upon in this Buddhist vibe. The Esala Poya is the day that celebrates the arrival of the Buddha Tooth Relic to the famous Temple of the Tooth and is celebrated either in July or August depending on the Full Moon Poya Day.

Perahera translates to “procession” in Sinhalese. Processions take place all every poya holiday on a small scale in and around the nation but nothing comes even close to the week-long celebrations in Kandy during the mighty Esala Poya.

To add to the pomp and show, there are dancers, musicians, dressed elephants, rituals until the last night which is the biggest Perahera of all.

Who doesn’t want to start their year among the energy of the Sinhalese during their New year party? The Sinhala and Tamil New Year mark the beginning of the Lunar year. It usually takes place sometime in April. This is a festival celebrated by the entire population.

Sri Lankans love friendly competitive games and the New Year is when you will find these kinds of games happening everywhere.

The holy month of fasting and cleansing for the Muslim is truly a feast for the foodies. The festival begins at the first sighting of the new moon. A lot of restaurants will have special nighttime menus for Muslims to come together and break their fast.

Eid, on the last day of Ramadan is a big celebration of feasting and giving.

The astonishing fact that only 20% or less of the population in Sri Lanka is Christian, yet Christmas is a big celebration on this tiny attractive island must be a strong reason for any tourist to experience it.

All big hotels serve Christmas dinner on the 24th and the Cinnamon Grand Hotel decorates the lobby to a great extent. Just a visit to the hotel is a big enough Christmas experience in Colombo. Don’t forget to try the Sri Lankan Christmas Cake, the richest and most spiced cake in the world.

It is the most significant Hindu festival in Sri Lanka. The festival attracts numerous pilgrims from the island’s four main faiths over a two-week period to seek devotion and penance from the lord Kataragama. Devotees perform ritual acts of self-mutilation like piercing their skin or rolling over the hot sand near the temple with a half-naked body.

With that being the traditional part, there is a huge procession of folk musicians, elephants, fire eaters, acrobatics, and juggling under the beat of the drums- all under the starlit sky which makes it an unmissable festival.

The grand procession of Duruthu Peraheramarks the beginning of the Buddhist calendar and one of the most traditional festivals celebrated.

Attended with a lot of energy by tourists and devotees alike, this grand procession is a stunning display of great pomp and show accompanied by surprisingly dangerous yet daring acrobatics, decorated elephants, and an aura of singing, drumming, and dancing as the torchbearers conjure the procession.

The 1979 incarnated festival is one of the mains of Sri Lankan festivities and a stunning conglomeration of colors, traditions, and parades.

In addition to hundreds of royally decorated elephants, the procession includes whip crackers, fire dancers, flag bearers, and its a great opportunity to witness the marvelous cultural dances like Uda Rata, Pahatha Ratha, and Sabaragamuwa and a melody of flutists and drummers.

Vek festival solemnizes the victory of war god Skandha over evil forces and venerates his trident (vel) that’s magnificently placed over a studded golden chariot pulled by devotees in white with their faces smeared in holy ash.

The procession is a vessel of great energetic pomp and show brimming with elephants, bells, divine chants, holy songs, and most of all sacred vibes.

Sri Lanka is a land of not only cultural and traditional festivals but also some of the most unique non-cultural festivals like the literary festival that’s a feast for all the book worms in and out of the country.

It is a platform for all those who love to be engrossed in the world of words and connect with the great authors who penned them down.

The pearl island – Sri Lanka is a land of celebration and festivals and a land of royal elephant processions that just improve the visual. It’s a treat for anyone who has a chance to witness such wonderful processions and a glance at the beautiful tradition these lankans carry on for generations.