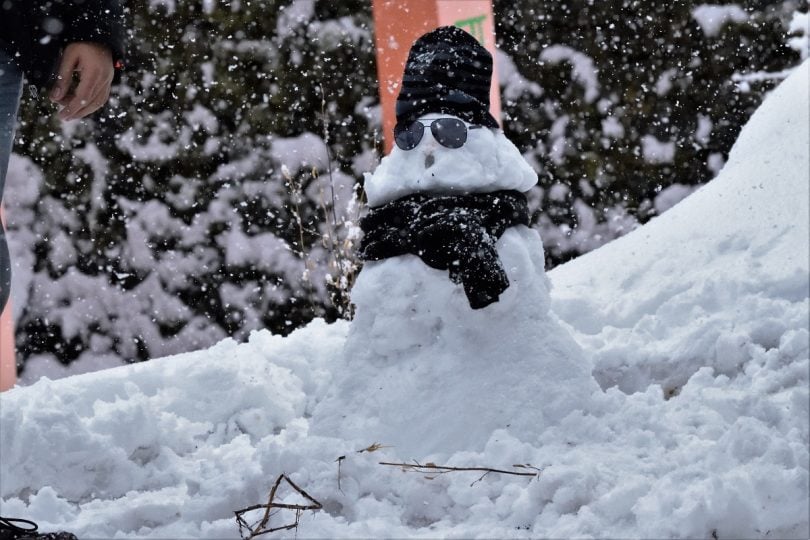 “Each age has deemed the new-born year
The fittest time for festal cheer.”

And here comes the time when the year is about to end and a fresh New Year is about to begin. We are sure that you must have got some plans to makes this special day a more “special”. If not then No problem. We have already done our homework to help you out.

Check out the weekend trips, treks, backpacking group departures that are planned for the Christmas and New Year.

The locations that we are covering during this Trek are Deoriatal, Chopta, Tungnath, and Chandrashila. Chopta is a small region in Kedarnath Wildlife Sanctuary, Tungnath is the highest Shiva Temple in the world.

Chandrashila peak is at an altitude of 4000 mts and offers perfect panoramic views of all the remarkable peaks of Uttarakhand such as Kedarnath, Gangotri, Chaukhamba, Nanda Devi, Trishul, etc.

Kareri Lake is a high altitude freshwater lake situated at an altitude of 2950 meters above sea level. The lake is surrounded by scenic meadows and Dhauladhars. The glaciers located in the Dhauladhars act as a water source to the lake.

The trek is less explored and offers great scenic views of valleys and mountain ranges. The difficulty level of this trek varies from easy to moderate and hence it is suitable for both beginners as well as experienced ones.

Ilaqa Pass, also called as Ilaqa got or Ilaqa glacier is a mountain pass situated at an altitude of 3500 meters above the sea level. The pass can be reached by doing a moderate trek of 15 km which starts from a suburb of Dharamshala, Mcleodganj. The views from the pass are beautiful.

Nag Tibba also called as Serpent’s Peak is the highest peak in the lesser Himalayas in the Garhwal region. Situated at a height of 3022 meters above the sea level, the peak offers majestic views of some remarkable peaks such as Swargarohini, Banderpooch, Kala Nag, and much more.

The trail passes through villages, dense forests, and meadows.

The lake houses a floating island which keeps changing its position from time to time. With many stories doing the round few believed that it hasn’t shifted for the past three months and with the help of island shifts locals can predict weather conditions and can be prepared for worse.

Mcleodganj, also known as “Little Lhasa (Tibet) of India”, situated in the outskirts of Dharamshala at a height of 1785 meters (6831 feet) above the sea level. A small and beautiful hill station with a blend of Tibetan and Indian culture.

The place is nestled amidst the mighty hills of Dhauladhars. Mcleodganj is known for its majestic landscapes, amazing culture, and trekking trails.

This trip plan is perfect for those who needs adventure and leisure together. We are covering two beautiful and lesser-explored destinations of Himachal Pradesh, i.e. Bir Billing and Barot. Bir Billing is famous for monasteries and is considered the best site for Paragliding in India whereas Barot is a serene and beautiful place that is popular for activities like angling, trekking, etc.

Bir Billing the paragliding capital of India, is a noted center for ecotourism, spiritual studies, and meditation.  Bir is also home to a Tibetan refugee settlement with several Buddhist monasteries and a large stupa.

Embellished with stunning scenes of snow set on the trail and decorated with trees, trek to Kedarkantha is one of the most popular winter treks in the Indian Himalayas. The views of falling snow from sky and trees are just mesmerizing and adding to this, the views of Himalayan peaks make this trek a wonderful one.

The peak stands at an elevation of 3810 meters above the sea level and the trail covers a distance of around 20 km.

Apart from snow-clad mountains and forest, Himalayas are also famous for its scenic meadows, also called as Bugyals in local language Uttarakhand. The route to these meadows is also scenic and over time, has become prominent trekking routes.

In Uttarakhand, there are several scenic bugyals where one can trek and one such is Dayara Bugyal.

Sandakhphu is located at an altitude of 3636 mts in the Darjeeling district of West Bengal. Being the highest point in West Bengal state, this trek is frequented by trekkers; height being just one reason, this is the only trek in India wherein you can see four of the five highest peaks in the world namely Mt. Everest, Kanchenjunga, Lhotse, and Makalu.

Kuari Pass is an excellent winter trek in the Garhwal Himalayas of Uttarakhand. The trek begins from the town of Joshimath, which is a known destination for trekkers as well as pilgrims. The trek takes you through the remote villages, ancient forests, vast snowy meadows, etc

The trail of this trek is ancient and is linked with legendary stories. According to locals, it is the same route that Pandavas took on their way to heaven and that is why it is called “Valley of Gods”. There is one beautiful peak visible from the valley named Swargarohini and it is called the stairway to heaven. As Yudishthara  (one of the Pandavas) climbed this peak with his dog and reached the heaven.

Apart from all this, there is one quaint village called Osla, situated on the way to Har ki Doon and it is one of the rare villages having a temple of Duryodhana (a Mahabharata character).

Dodital is a freshwater lake situated at an altitude of 3,024 meters above the sea level. The lake can be reached by a moderate trek of 20 km which starts from a small village Sangamchatti in the Uttarkashi district.

The trek passes through dense forests and deep valleys and takes you up to the Darwa top which is situated at 4,200 meters. The top offers amazing panoramic views of snowcapped peaks of Garhwal Himalayas.

It is a traditional trekking route popular both to the Indians and foreigners, which follows a picturesque route past lush vegetation, blooming rhododendron flowers, and wonderful mountain views.

For any details regarding the trip, you can contact Team JustWravel at 92057 25727   or drop us an email to contact@justwravel.com