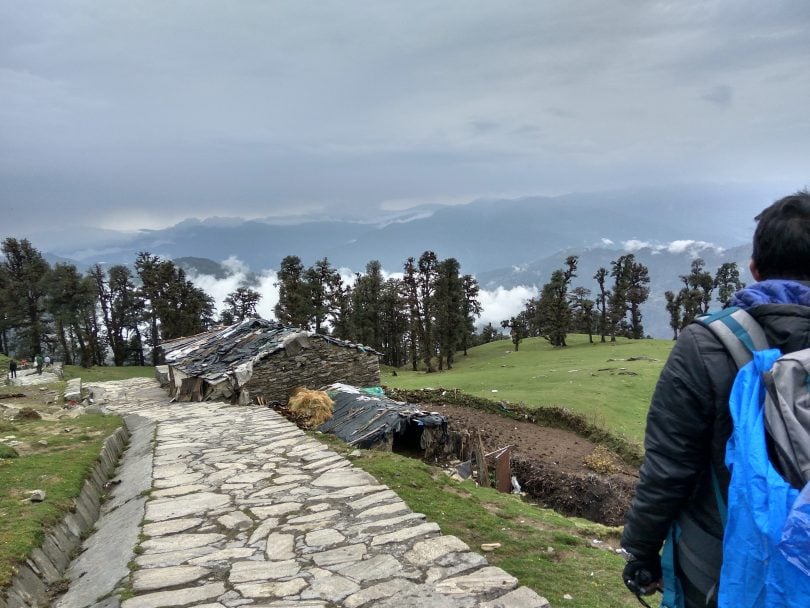 Uttarakhand is also termed as “Devbhoomi” or “Land of the Gods.”  and offers some of the best treks of the Himalayas. Uttarakhand has numerous and some of the oldest Hindu temples, and some of the most important pilgrimage centers of Hinduism including (Badrinath and Kedarnath among others), including the 4 Dhams and 5 Kedars .

The state also has the natural wonders of Himalayas and is home to rare and endangered fauna and flora. The province is the geographical center of the Himalayan mountain range and has some beautiful and raw glaciers like Gangotri Glacier, major peaks including Nanda Devi, majestic snow-capped mountains, the lush green bugyals, and verdant forests and much more. The state also borders Nepal and Tibet, and the treks of the region are as fascinating as other regions of the province.

The best time for treks in Uttrakhand is between April and June, and then again in between October to March, so avoiding the monsoon months (which is the best time for Valley of Flowers Trek), all the other months are a good time to visit.

Below I am mentioning the five best treks of Uttrakhand that may offer you the most beautiful views of landscapes, peaks, and also have unique trails.

Kedarkantha trek is one of the most popular snow/winter trek and Sankri, which is the base village for the trek is a major tourist destination. The trek is based on the Western Garhwal region of the Uttarkashi district of Uttrakhand.

The trek is easy and convenient even for those who are new to trekking or are first-timers and is, therefore, one of the best treks in Uttarakhand. The total distance of the trail is 20 kilometers, while the maximum height of the trek ( Kedarkantha Summit ) is 3810 meters.

The snow is here to view for all, up to the end of April. The dense Pine forests during the initial parts of the trail adds to the charm.

To reach the summit of  Kedarkantha Trek as a trekker, you will have to travel from the capital city of Uttrakhand, viz. Dehradun to Sankri ( located at the height of 6400 feet and a distance of 220 kilometers for Dehradun), via Mussoorie.

The starting point of the trek is Sankri. Day 1 stop after starting from Sankri is Juda Ka Talab and trekkers have to travel another 4.5 kilometers from this point to reach the base camp of Kedarnath peak. 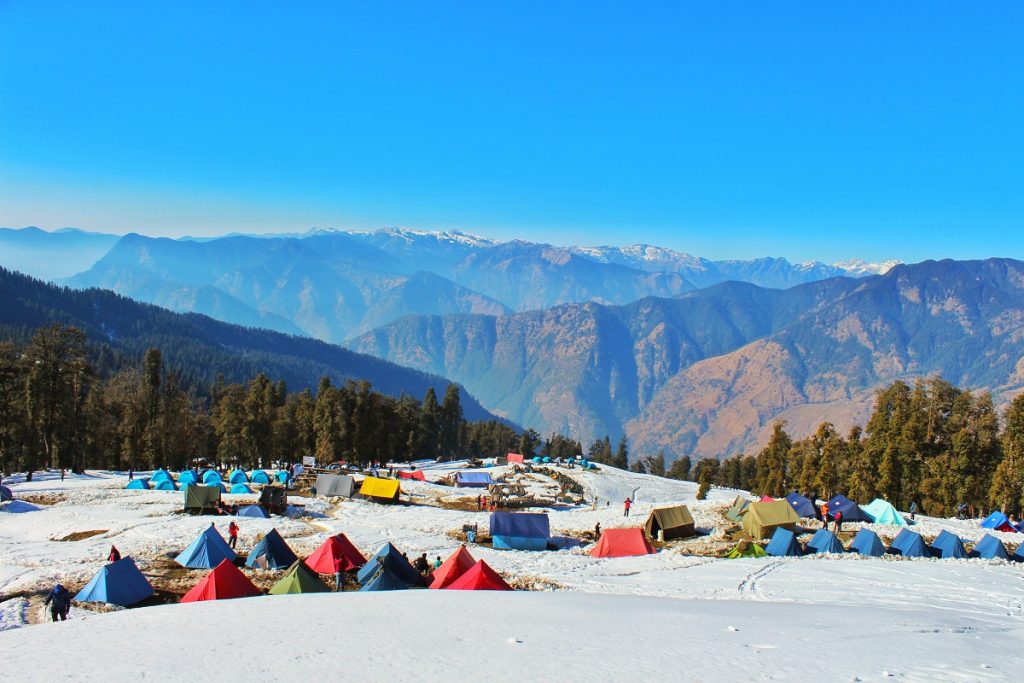 The panorama is beautiful throughout the trek, and you catch a complete view of the snow-capped mountains, the lush green meadows, streams, Pine/Oak/Maple forestry. Sunset and Sunrise are sights which you should be missing during the trekking days. Some of the significant peaks in view include Kala Nag, Swargarohini, Bandar Pooch, and Rang Lana among others which are visible from Kedarkantha Summit.

From the base camp, the trekkers embark on the final trek, which is more challenging. Conquering the Kedarkantha peak is jubilation for the trekkers, especially the enthusiasts and novices. The return trip to Sankri can be completed via Hargaon basecamp.

The “Valley of Flowers,” located in the Chamoli district of Uttrakhand, is an internationally recognized and highly famous National Park. The abysmal variety of flora makes for an exhilarating view while many of the Alpine flowers are endemic to the region.

Some of the endangered species of the area include Musk Deer, Blue Sheep, Snow Leopard, and Asiatic Black Bear among others. The higher altitude birds may also be one of the many things that you may be witnessing the first time when you make you trek successfully. 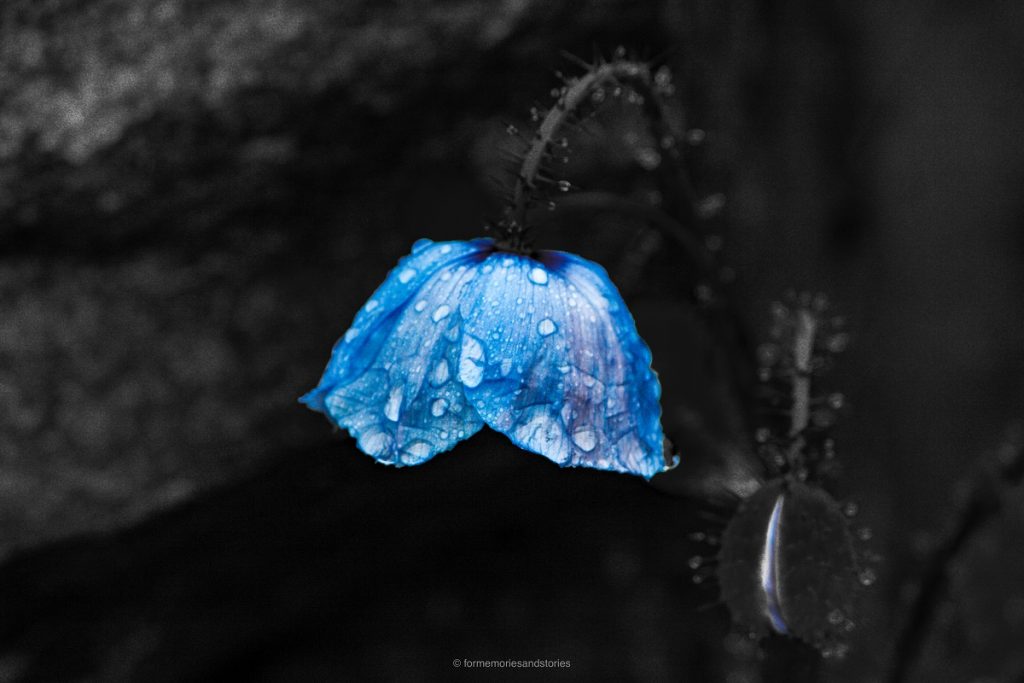 The beautiful valley is 2 kilometers wide and 8 kilometers long and is a transition zone in between the Great Himalayas and the Zanskar mountain range. To see this magnificent natural wonder, you will have to reach to Hardwar, the holy city in Uttrakhand. From here, you will have to drive to Joshimath in Devprayag. This drive-in itself will be a new experience, and you will pass through the flowing Alaknanda and Bhagirathi rivers before reaching Joshimath, and to GovindGhat. The trek to the Valley of Flowers will start from GovindGhat.

Your first-day trek will be from GovindGhat to Ghangaria, which is a 14 kilometers trek that is completed in around 6 hours. You can call it a day here and start the trek from Ghangaria to Valley of Flowers (of 3 kilometers length) the next day. The valley of flowers is a feast for your soul.

Apart from a myriad palette of the different hues and colors of flowers, you also call view the colorful butterflies, birds, and insects. The UNESCO World Heritage site is located at a height of 3600 meters. Valley of flowers is the best trek in Uttarakhand in monsoon season and one of the few treks that remains accessible during this time.

Deoria Tal is one of the purest high water bodies, and it is located at a height of 2438 meters from sea level. The backdrops of the lake include the Chaukhamba peak and the Kedarnath Range among others. The beautiful snow-capped mountains, wild and lush green forests and the meadows enhance the natural beauty of the trekking destination.

Deoria Tal is a part of Kedarnath Musk Deer Sanctuary. You can also find the musks and deers quenching their thirst through the lake waters in the morning. The fascinating range of birds, meadows, jungles, and lake water are other attractions of the region are a perk to cherish.

To reach one of the most beautiful natural wonders of Uttrakhand, you will have to first reach Haridwar or Rishikesh, and drive a distance of 190 kilometers to Sari, a village close to Deoria Tal.

The trek starts at Sari and is of 1-hour duration and 3-kilometer distance. While you cannot camp at Deoria Tal, you can have your tents at the places nearby.

The Har Ki Dun trek is no less than a stairway to heaven. The valley has the shape of a cradle. It is situated amidst the Garhwal Himalayas. Alpine vegetation and the Snow-covered peak are significant attractions here. The valley is located at the height of around 3566 meters and remains covered with snow from October up till March.

The Har Ki Dun trek is one of the moderate treks in Uttrakhand, which may span across five days. To do the trek, you have to reach Hardwar, from there to Sankri, and then to the last motorable destination is, Taluka, which is also the base village. Taluka is a small village situated close to the Har Ki Dun Valley and is situated at the height of 2100 meters.

Ancient villages like Osla, Gangar, and Seema (some of which are more than the 2000-year-old) are part of your trek route. The trek can be divided and completed comfortably in multiple days, and a brief Iternary is given below.

Another route and trek can be through Taluka, Pauni Garaat, Kalkattiyadhhar, and Har Ki Dun.

The region is also one of the primary catchment areas of the river Yamuna, and you will cross through several streams and the beautiful and sparkling waters of the river Tons.

The ancient temples, crop fields, and the snow-capped Himalayan Mountain peaks (including Swarnabhoomi and Black peek) among others make for a breathtaking panorama.

Har ki Dun translates into Valley of Gods, as just being at this altitude and remaining accessible through the winter season adds to its charm and surely worth listing in the best treks in Uttarakhand.

Brahmatal Lake (situated at the height of 3700 feet meters) is one of the most popular winter treks in Uttrakhand. Open from October up until March. The trek has the two essences of summer and Winter Himalayas rolled into one and is one of the best treks in Uttarakhand.

You can reach Kathgodam and then have to drive to Lohajung (a ride of 225 kilometers). The first trek will be from Lohajung to Bekal Tal, which is around 5 hours duration and 8-kilometer distance. The trek passes through the magnificent and dense forests of fir and Oak.

The final trek to reach the destination is from Bekaltal to Brahmatal. It is also of around 8-kilometer duration and takes you through the sparkling and crystal waters of the Brahmatal. 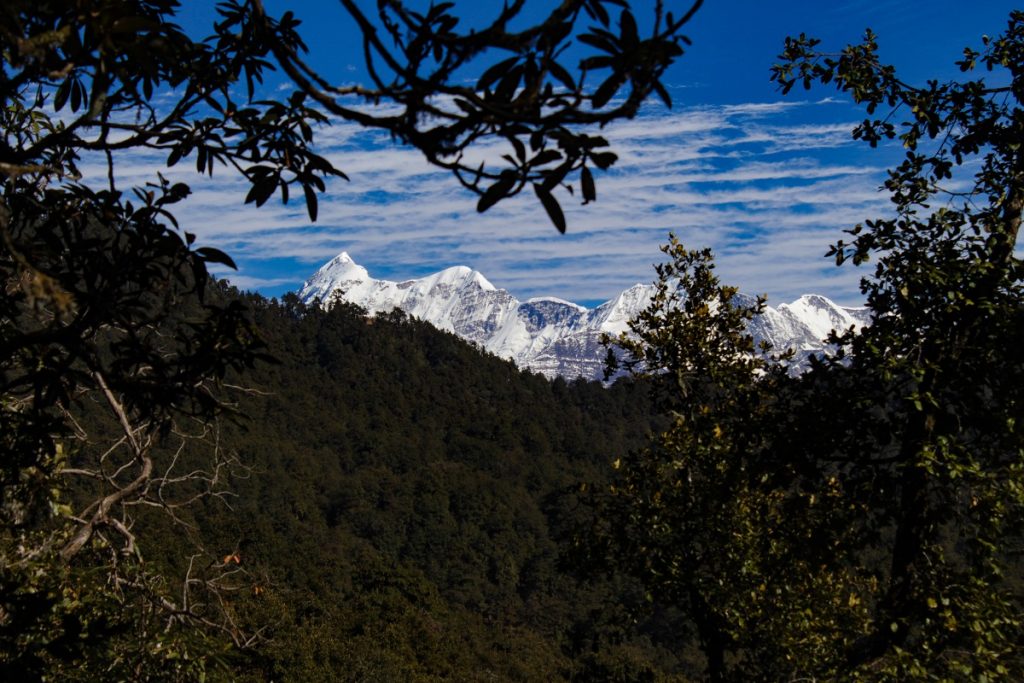 The trek has some of the finest and most mesmerizing views of the Himalayas. The glittering streams, small hamlets, and the lush green and verdant forests are a feast for the eyes.

Other highlights also include the cuisine, local culture, and the Telandi meadow, which is a vast meadow that can be fully covered in snow and offers a stunning view thus making it a part of best treks in Uttarakhand.