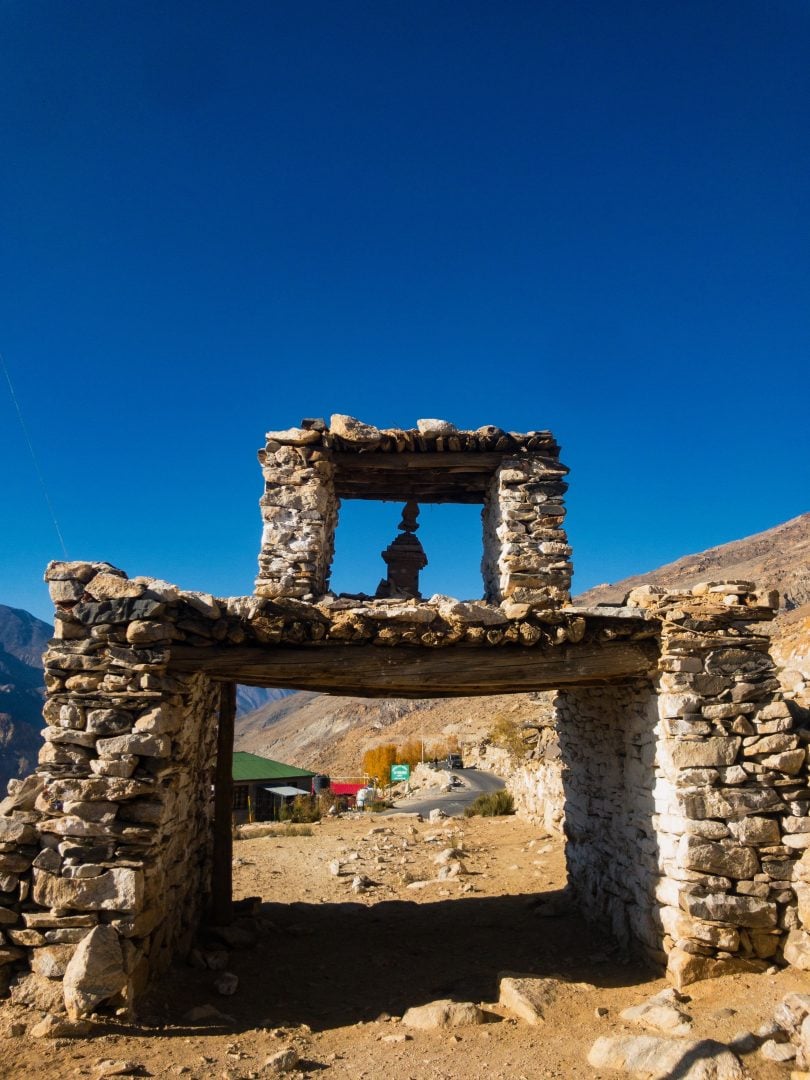 Initially, I did not add Spiti in my itinerary while planning my last trip to Himachal. It was supposed to be a casual 5-day Delhi-Delhi trip covering Kalpa and Kinnaur valley through a trip to Kinner Kailash. But, on the very first evening of my trip, I sound gazing at the beautiful red sun going behind the amazing mountains of Spiti Valley, from my very own tent that I had put up beside the Nako Lake. 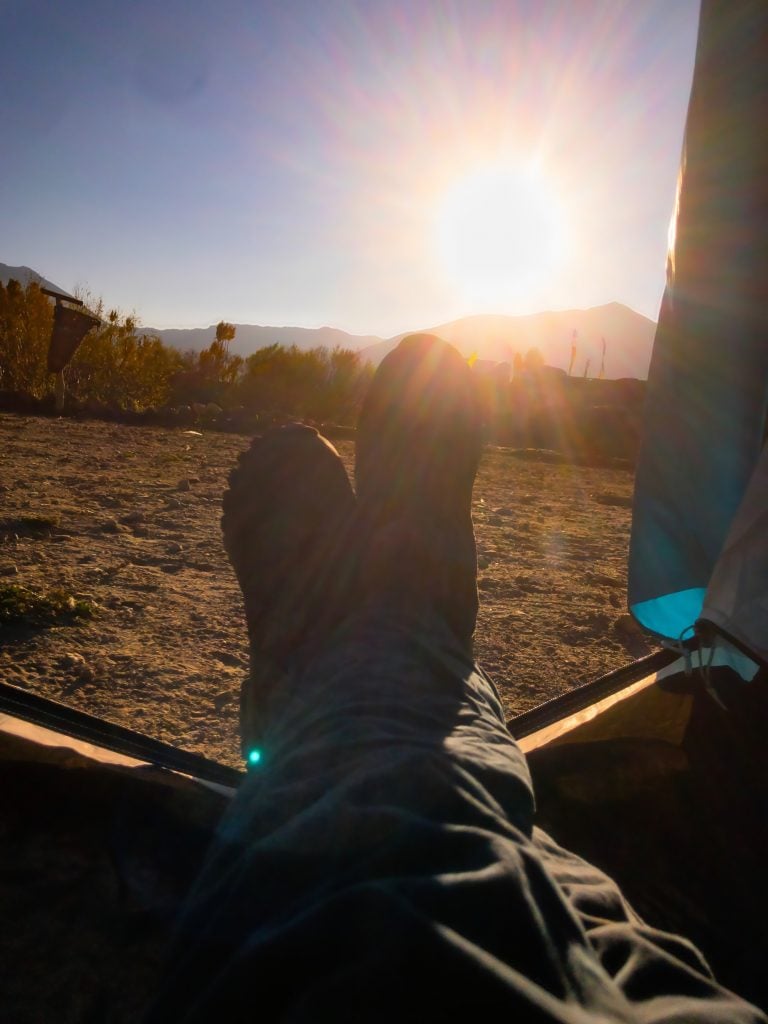 I had a very bumpy ride reaching Spiti. While I was hitchhiking my way towards Spiti, I had to take a halt at Ribba where people would bring their trucks to load them with fresh juicy red apples of the Kinnaur Valley. To my luck, I had already packed a few of those with me for my journey to Spiti and they came in real handy. All I had with me was a little bit of cash and 8 apples that I had packed for myself. I gave them away as a token of thank you to this very generous truck driver who dropped me off in the middle of nowhere because he was sleepy and did not want to drop me to Nako at the cost of his sleep. Well, I would have done the same. But, from there on, began my quest waiting and searching for some more generous Himachali fellows who’d help me reach Nako before sundown.

After waiting for some 20 odd minutes, I found a direct ride to Nako. A man in his late 20s, listening to some cool Hindi songs, agreed to drop me off at Nako in the next 2 hours. I couldn’t have been happier. The kind man even let me blow horn at absolutely nothing whenever I felt like sleeping. You don’t meet such warm-hearted people in Delhi, more reason I loved this state. 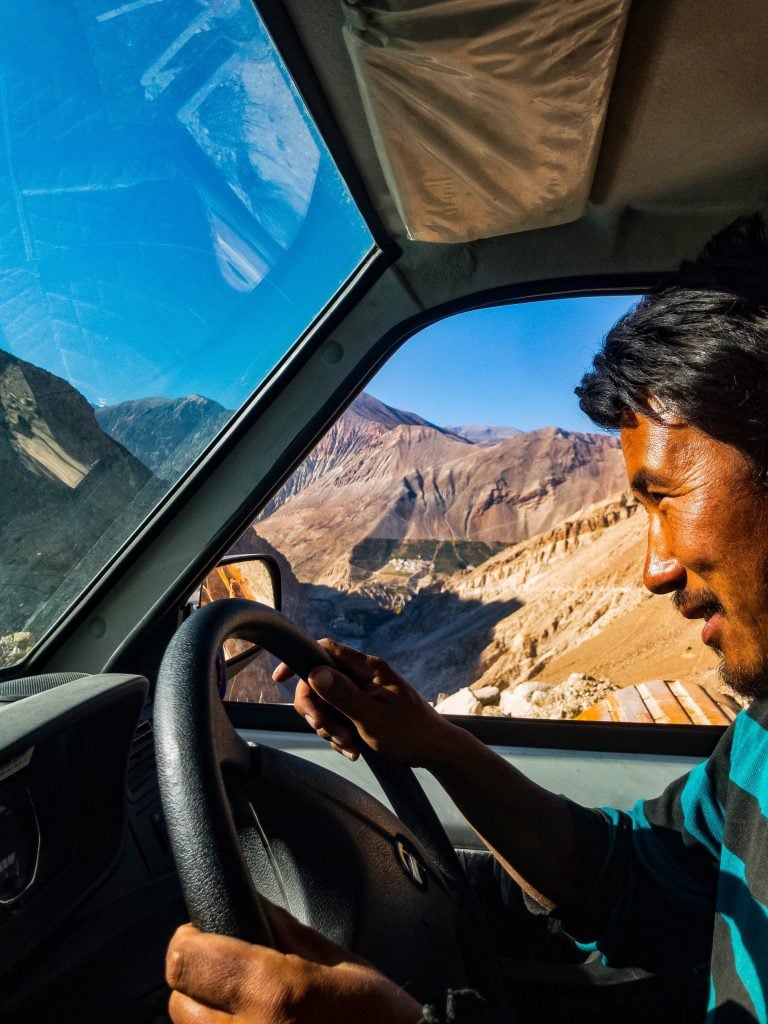 I wasn’t sure what I was supposed to do when I reach Nako but, my dear friend, the driver told me everything there was.

I saw some of the most breath-taking sceneries through my window beside the driver seat. The air around this part of the valley was much clearer and the I could just feel the freshness in the air all the time I was in that seat. Everything I was feeling, everything that I was seeing at that moment was beyond expectations for two reasons. The first being this trip turning out to be totally unplanned. I did not see myself sitting in a passenger seat of a car on my way to Spiti when I had boarded the metro back in Delhi leaving for Himachal. But, for some reason, I was contempt the way it was taking shape now. The other reason was that though the beauty of Spiti Valley that I had seen through pictures over the course of two years, be it from a friend or through social media, it was nothing compared to the real deal. The roads were much smoother than people had described them to be, the weather was colder than what people had enjoyed previously, the feeling was much greater than I had expected it to be. 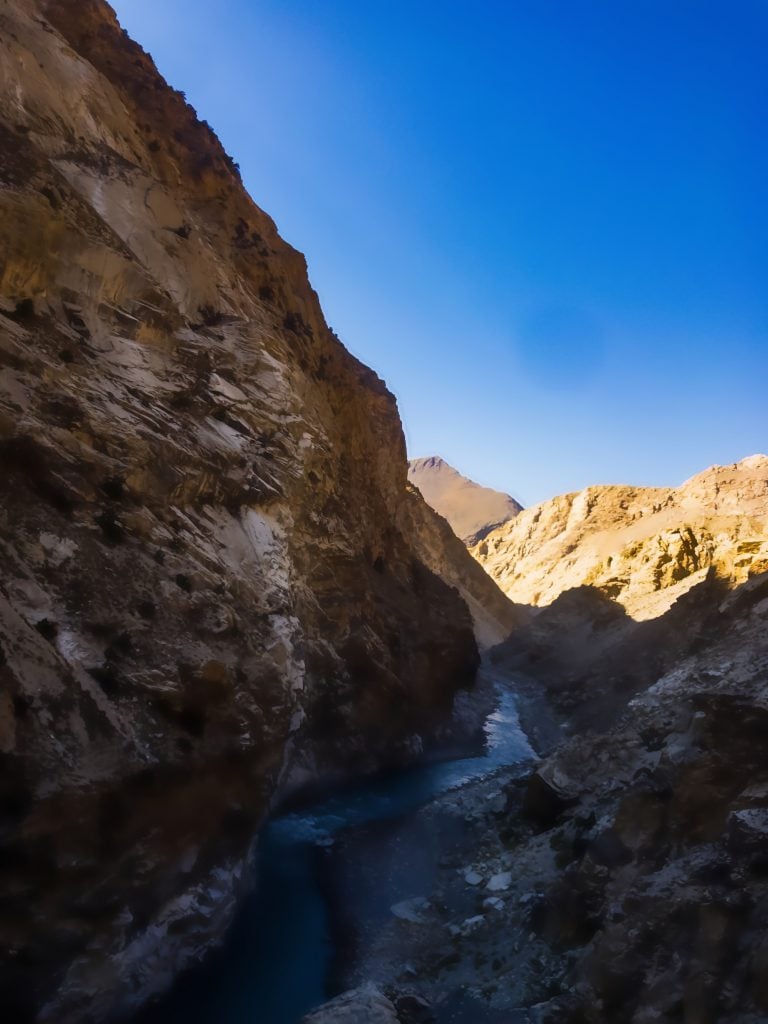 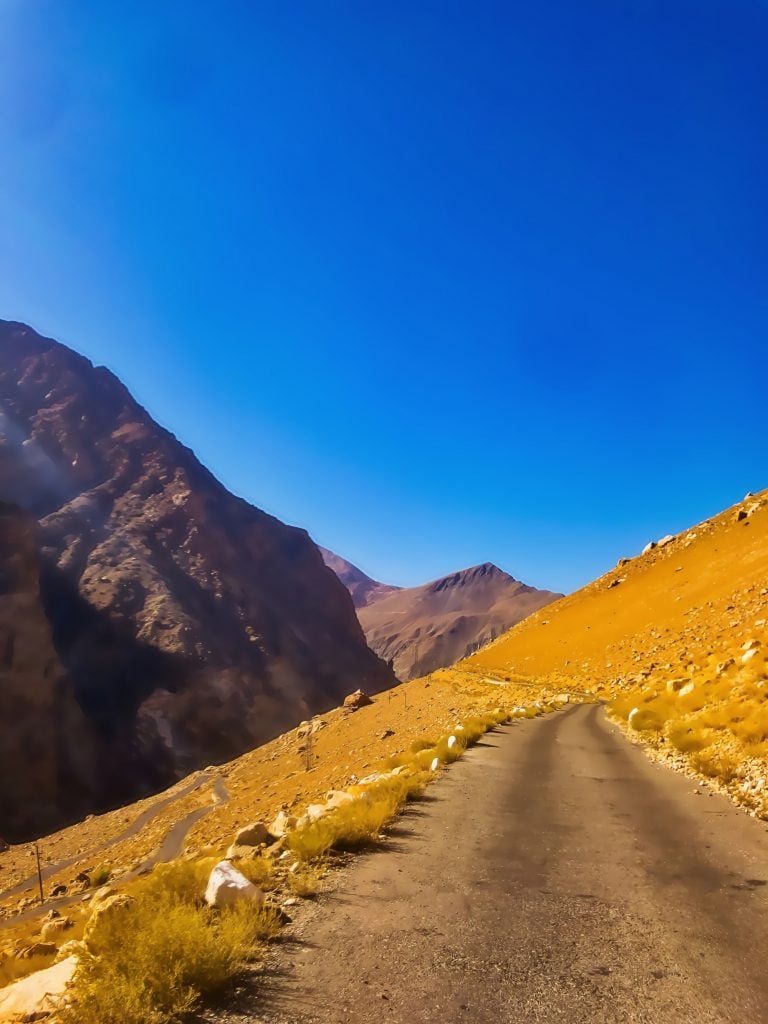 The sky never looked so clear to me. The road had never looked any clear to me. I had to wait a long time for my turn of events to be on this road. Rigorous failure of so many plans, not having enough budget to be able to go so far and see so much. Problems never stopped piling up. But this time, I could finally be relaxed because that was all in the past and my present was guiding me towards the valley which many have described as a Beautiful Cold Desert.

It was around 4 PM when I finally made it through to Nako, the very first stoppage of travelers to Spiti Valley and the first thing on my mind was to go see the Nako Lake because I had pictured myself camping beside it for a long time and my wait was finally giving in. I walked through those empty roads of Nako as I made my way into the village. The sun was going down with every step I took. And with every step, I was picturing just how the place was going to look like when I reach there. But, like everything else, I wasn’t expecting to be hosted by this place in such style. The lake looked as if it was going to turn into gold and I’ll go blind with its extreme reflection of the Sun. 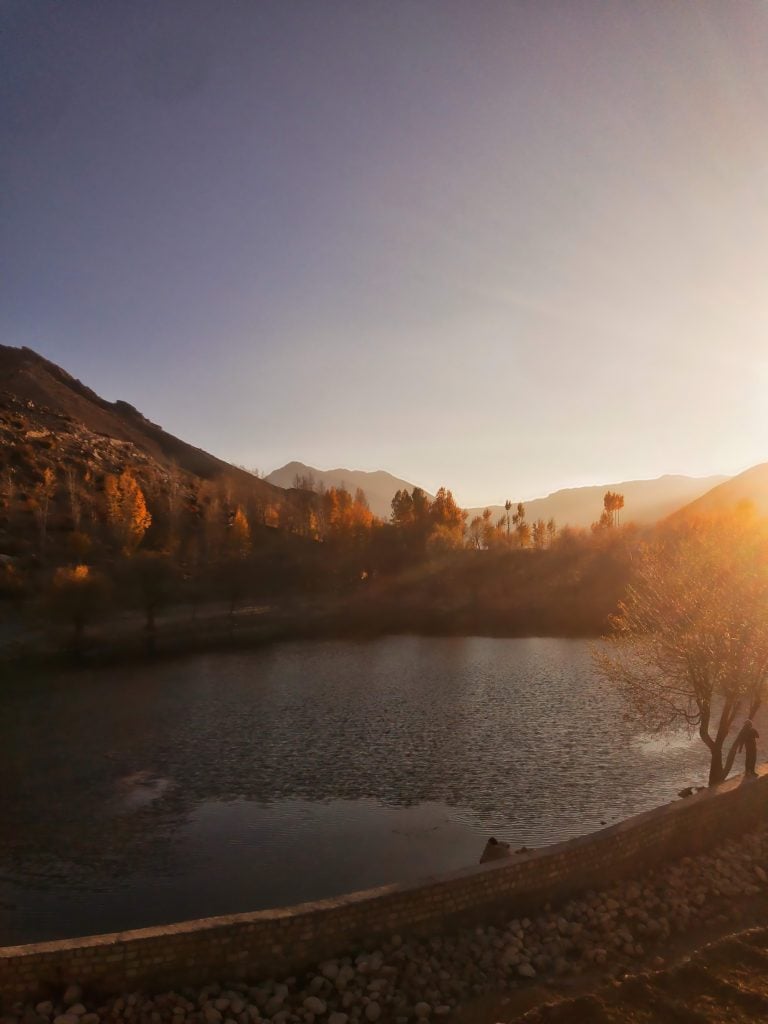 Staying for a little over 30 minutes there, I went around and about Nako capturing everything I could with whatever daylight I had. When you hear the word ‘Desert’ you automatically picture something dry, sandy, lacking any sign of life, dunes of sand that tend to shift their place with every blow of wind. Spiti Was nothing like that. Not because it was a Cold Desert, but because it had very less examples that one attributes to a desert.

Just as I left the lake side after putting up my tent, I met a bunch of kids. They were enjoying with the sheep around the place when I got to say Hi to them and did not respond with a high and instead said something very softly in their own language which I could not understand. But looking at their smiling faces I realized just how wonderful their lives are without all the modern amenities such as a mobile phone or any other gadget to kill time staying inside. Instead, they’d all be out most of the time spending time with each other and creating memories like a blissful childhood dream. 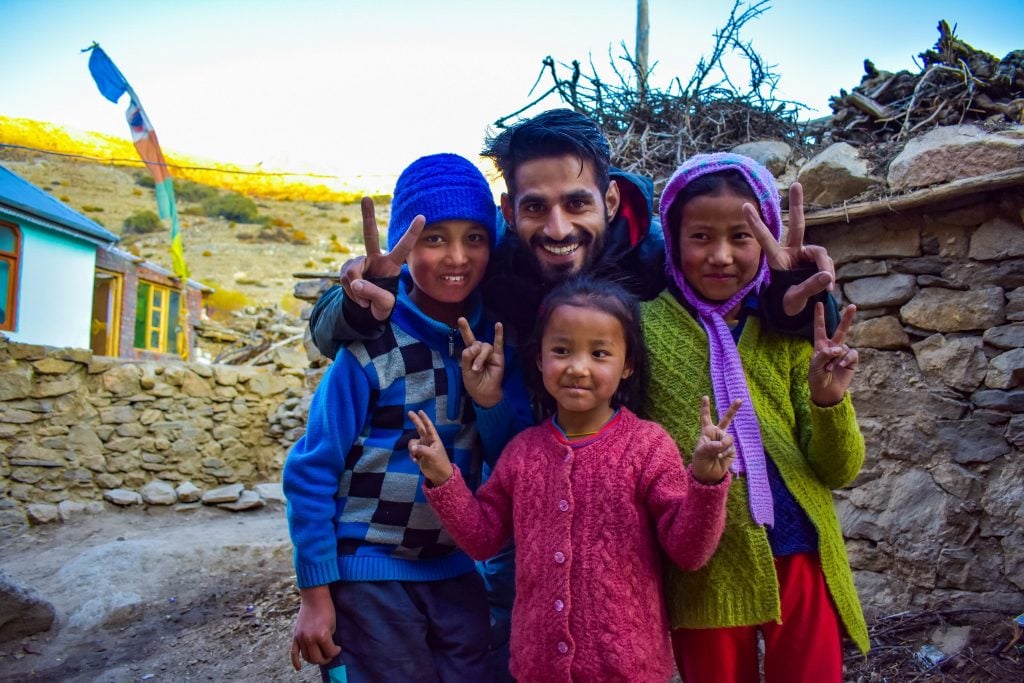 Photographs say a million stories that words cannot describe. I even got to see more smiling faces when my friend showed the locals when he got them captured through his lens and for me, there isn’t anything more beautiful than being the reason of someone else’s happiness. That is what a traveler seeks through his travels to faraway lands. A moment of happiness to share with someone. 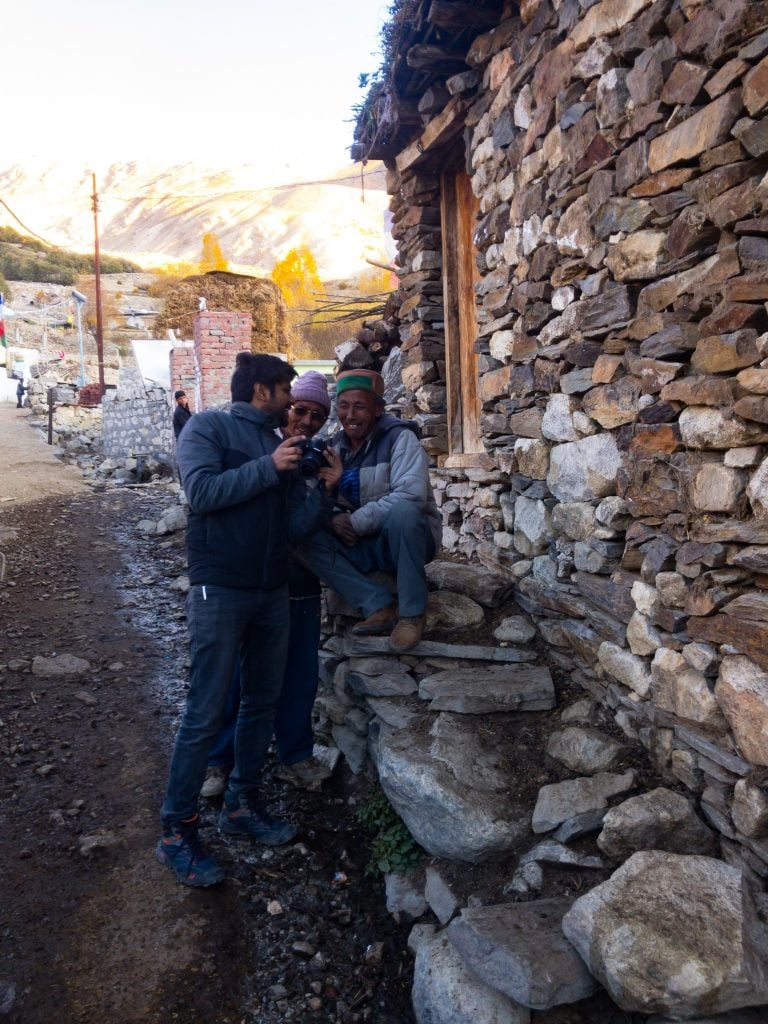 There was this beautiful Nako lake with birds sitting around it and a very good man feeding the fish in it. It didn’t feel much dry even though it was already autumn and the trees had already started shedding the leaves that I saw on the roads while strolling around the place. These trees were once full of life which were now preparing for a very white period in their life. And just like that, they all will be covered in a blanket of white snow waiting for the next ray of Sun to free them from these cold bonds and give them a new life. 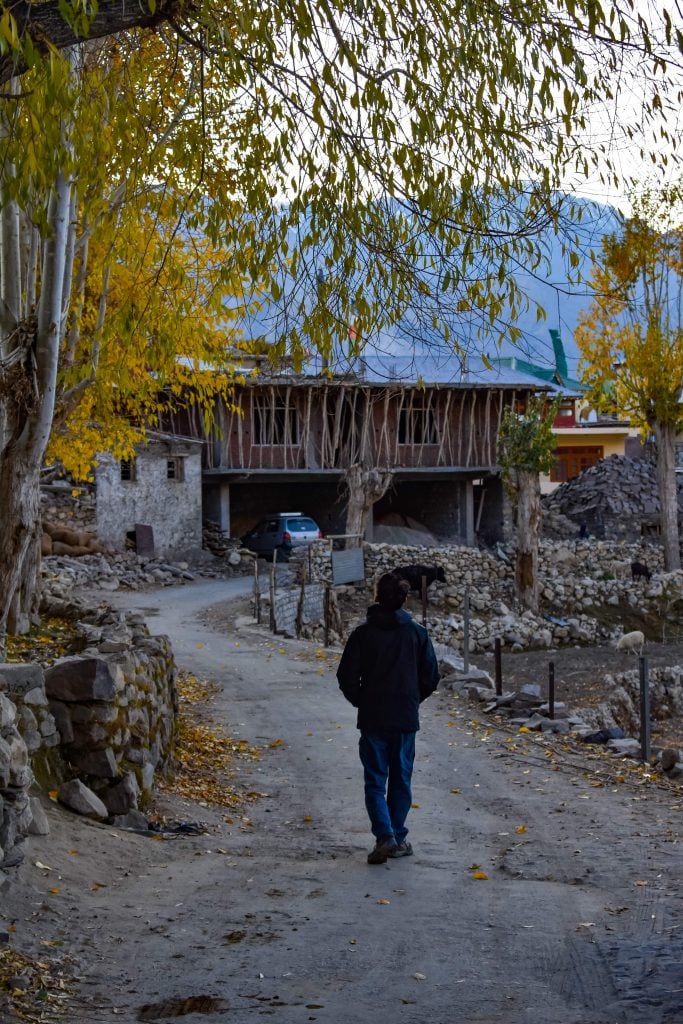 This is how the mountains of Nako looked when the Sun was going down of the opposite mountain ranges and turned everything to gold and it was equally priceless. 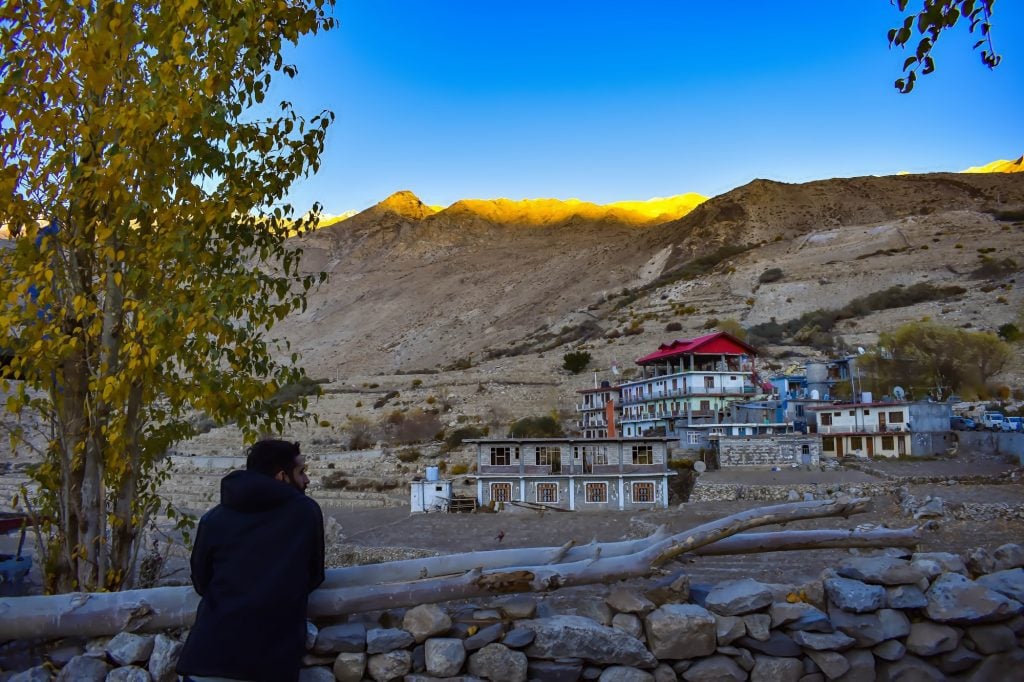 I sat near the edge of the cliff from where I could see an endless valley, and everything started fading as the Sun went down. Everything I had wished for was right there in front of me. Mountains, a cold breeze that gave me the chills as I sat and looked at the fast approaching vehicles through the curved roads of the valley. I realized that no matter how difficult nature makes it for us to reach it, in the end, nature too wants us to connect with it and live in that moment of brilliance that is second to none. I gazed at the endless valley, and then, I saw this. 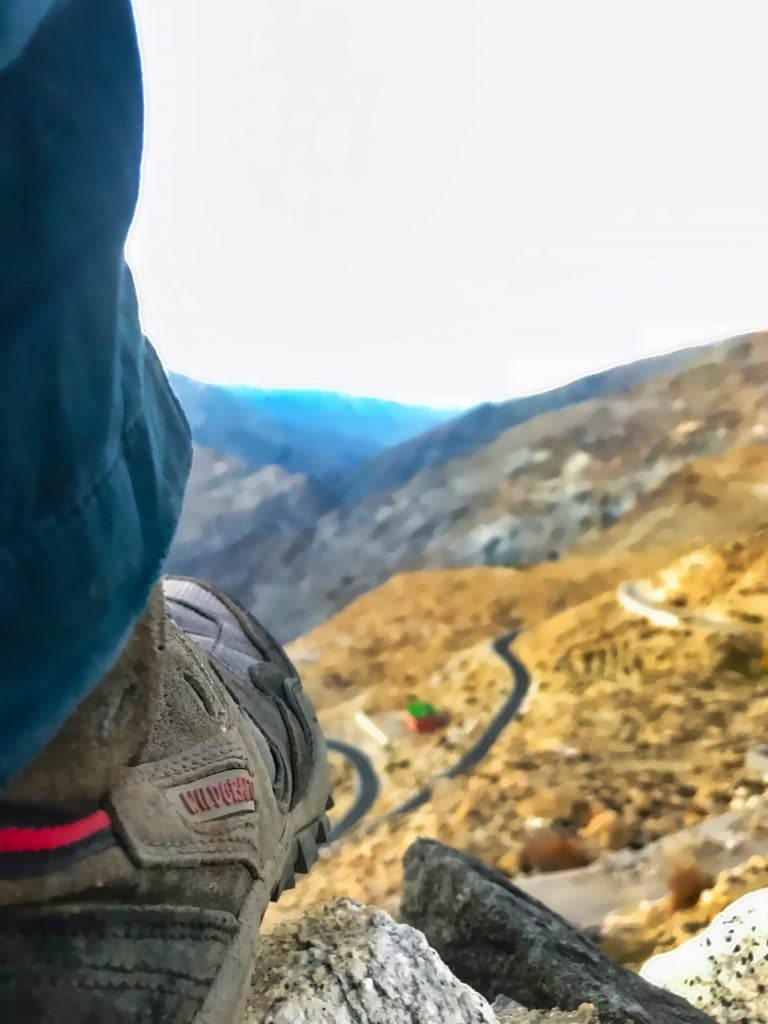 I kept this view in my heart before I went back to my tent. All the time that I spent in my tent that night, I kept thinking about just how beautiful the coming morning is going to be. Honestly, at -5 degrees in Spiti Valley while camping beside the Nako Lake, sleep wasn’t going to come easy. So, I just lay still in my sleeping bag for around 6 hours without moving and kept thinking over and over about all those pictures of sunrises I had seen on social media……….