Home » Categories » Road Trip » Here’s all you need to know about the longest high-altitude road tunnel: The Atal Rohtang Tunnel 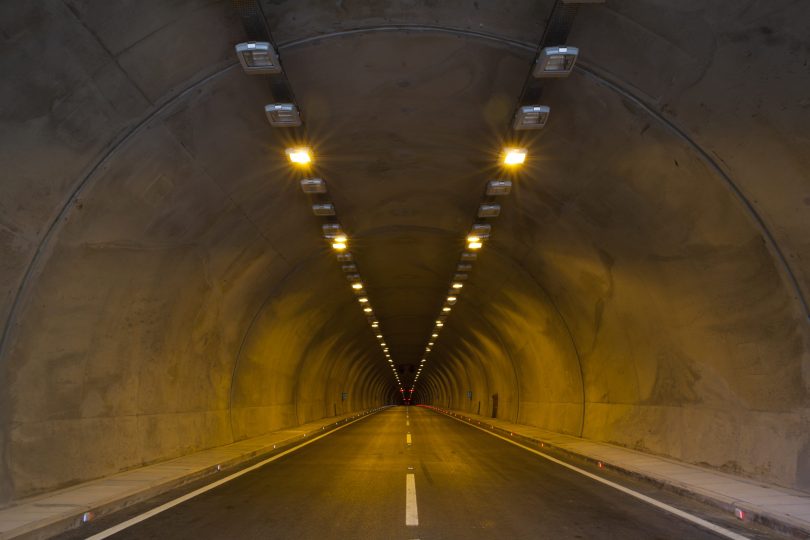 Most of this year (2020) might have been affected by COVID-19 and people around the world have been through quite a bit, but it is not all doom and gloom for the people of Himachal Pradesh. The Rohtang Tunnel or Atal Tunnel, which is named after India’s former Prime Minister Shri Atal Bihari Vajpayee, is finally going to open after a decade of construction.

The Atal tunnel will connect Manali to Lahaul Valley throughout the year. It will reduce the distance on the Manali-Rohtang Pass-Sarchu-Leh Road by 46 kilometres and the drive time would be reduced by four to five hours between Manali and Lahaul-Spiti. Before the construction of the tunnel, remote border areas of Himachal Pradesh and Ladakh remained cut off from the rest of the country for about six months due to winters. The Atal tunnel would definitely provide a significant boost to the lives and livelihood of the people from Lahaul and Spiti Valley. This tunnel will provide a huge impetus to the tourism sector of Himachal Pradesh and the nearby remote areas with tourist activity almost throughout the year. There is also a plan of running vista dome buses, i.e. buses with glass rooftops that provide a panoramic view of the stunning Himalayan landscapes which will run through the tunnels and nearby tourist hotspots.

According to the official sources, the date of inauguration has not yet been decided by the Government of India, but expect the tunnel to be inaugurated by the end of September.

The tunnel will be inaugurated by our Honourable Prime Minister of India, Shri Narendra Modi.

The project, which was undertaken by the Border Roads Organisation, is 8.8 kms long. It is 10.5 metres wide and 5.52 metres high, and also has a footpath which is 1 meter long on both sides which can be used by the pedestrians. A unique safety mechanism has also been built in the tunnel, which is being lauded by many. There is a fireproof emergency tunnel that has been built into the main tunnel. Generally, the escape tunnel is built separately from the main tunnel globally. According to the official estimates from the sources, up to 3,000 cars and 1,500 trucks are expected to use the tunnel every day. The speed limit inside the tunnel has been fixed at 80 km/hr.

The tunnel which has been made after an investment of almost INR 4,000 crores has already made waves around the world, with the distinction of being the tunnel built upon the world’s longest motorable roadway at an altitude of over 3,000 metres in the Pir Panjal range of the Himalayas.

This tunnel was the brainchild of the former Indira Gandhi Government back in 1983 to make Manali-Leh road all weather accessible. Atal Bihari Vajpayee, then Prime Minister of India during his tenure in 2002, gave the nod to the project and laid the foundation for the approach road of the tunnel. Atal Bihari Vajpayee’s love for Manali was quite public, as he frequented the place quite often, and hence the tunnel was named after him as a tribute. The work on the tunnel began in 2009.

This project was quite ambitious from the start, as the Border Roads Organisation task force had to overcome many obstacles such as weather and difficulties in terrain. The Rohtang Tunnel was built further from the help of a joint venture between Strabag of Austria and AFCONS, a group of Shapoorji Pallonji. The operating conditions were difficult, hence there was a team with fifteen people with alpine training to combat the problems which came along the way.

Satish Paretkar, Director of Hydro and Underground business unit at AFCONS told PTI that the most difficult part in the completion of the tunnel was the Seri Nalla, which was emitting water at the rate of 125 litres per second, and the team took almost three years to drill 410 metres along the Nalla section which was quite a laborious task. AFCONS had a team of around 1000 workmen and 150 engineers, and the engineering design of the Atal tunnel was done by the Austrian company Strabag.

2,37,596 metric tons of cement, 14,508 metric tons of steel, and the excavation of around 14 lakh cubic meters of soil and rocks have been done to construct the tunnel. The drill and blasting technique for excavation and the New Austrian method have also been used throughout this project.

The terrain on which the tunnel is built is quite dangerous and unpredictable, as it has around 13 avalanche sensitive zones, yet remarkably there was not a single fatal accident during the decade in which the Atal tunnel was being constructed. All the workers were equipped with an electronic chip, which would warn them if any dangerous event or accident took place. The safety of all the workers and engineers were given a high priority throughout the construction of the Atal tunnel.