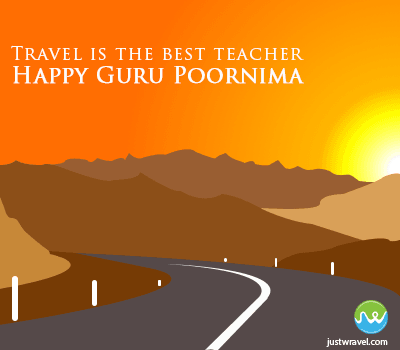 Guru Purnima is a national festival which is dedicated to all the Gurus.  It is celebrated all over India. It is the time to remember all the Gurus that helped you to achieve what you wanted. Guru means the one who removes darkness. Gurus are worshiped next to God. Guru Purnima is celebrated on the full moon day in the month of Ashadh, it  is also known as Vyasa Purnima. Guru holds a very important place in everyone’s life. It is Guru only, who makes us learn about new things, and generates the understanding of things which are right. This time, it is on 19 July.

The greatest thing about this festival is that it celebrated by almost all the religious communities like Jains, Sikhs, Buddhists, and Hindus. This festival is celebrated to respect academic as well as spiritual gurus. We all know that Gurus have the most important place in one’s life. It is because of them that we have become what we are. Buddhists celebrate this festival to pay respect to Lord Buddha who is believed to have given his first sermon at Sarnath, Uttar Pradesh on this day.  Jains celebrate it as it is the believed that on this day, Mahavira made Gautam, his first disciple, and became a Guru. This festival celebrates the sacred bond of Guru and their students.

Vyas Purnima or Guru Purnima is dedicated to Guru Ved Vyas, according to Hinduism, he is considered as the most knowledgeable and greatest Guru of all times. It is celebrated as his birthday. He taught us to differentiate between right and wrong. Mahabharat, written by him, is a live example. He compiled the 4 Vedas and 18 Puranas. He also wrote ‘Srimad Bhagwat Geeta’. The teachings we get from these texts are still prevalent in today’s time, and are the biggest offering to the mankind. He is known as the original Guru of Hindu Dharma. It is said that, ‘The true Guru is a transmitting medium, a transporting agent, and transparent embodiment of the divine grace and compassion, the focal point of the timeless eternity and finite time’. He not only tells the direction to the goal, but also helps the dedicated ones to reach till there. A guru is not only people clad in white or saffron, but it can be anyone like a small child, an incident, any aspect of nature, or a book. The incident or person who removes the darkness is a Guru. Guru acts as a link between god and the human soul. He guides a person on the way of knowledge and peace.

On the occasion of Guru Purnima, special pujas and rituals are held. Scholars and speakers speak about Ved Vyasa and his contribution to Santana Dharma. He is also worshipped on this day. Satsangs and meetings are also held to honor Gurus. People of all the caste, offer their prayers to their Gurus and also thank them to provide knowledge. Special prayers are held where learners tell about nobleness and greatness of their Gurus. In school and colleges, special events are organized to celebrate this day. Some people even fast for the whole day, till they meet their Guru. On this festival, teachers are worshiped, and their students show love and gratitude towards them. Bhajans are sang for Gurus, and they are offered with sweets and gifts. Some disciples start their day by washing the feet of their Guru.

This festival is also important to farmers as this day marks the beginning of rains in most parts of the country. It is also celebrated in Nepal, apart from India. According to Hindu mythology, birth of First Guru (Adi Guru) took place on this day. Spirituals are believed to strengthen their spiritual sadhana from this day. In earlier time, wandering spiritual gurus and their followers used to settle down on this day at one place and study Brahma Sutras which were composed by Ved Vyasa. They also used to do Vedantic debates.

India has a large number of spiritual Gurus present. On this day, special programs are held for spiritual Gurus and their followers go there. Several performances are done for them. They are thanked for all the things that they did. They are given gifts in form of money, flowers, sweets, ornaments, etc.

Do not waste this day and express your gratitude towards every single person and thing that has ever provided you knowledge.