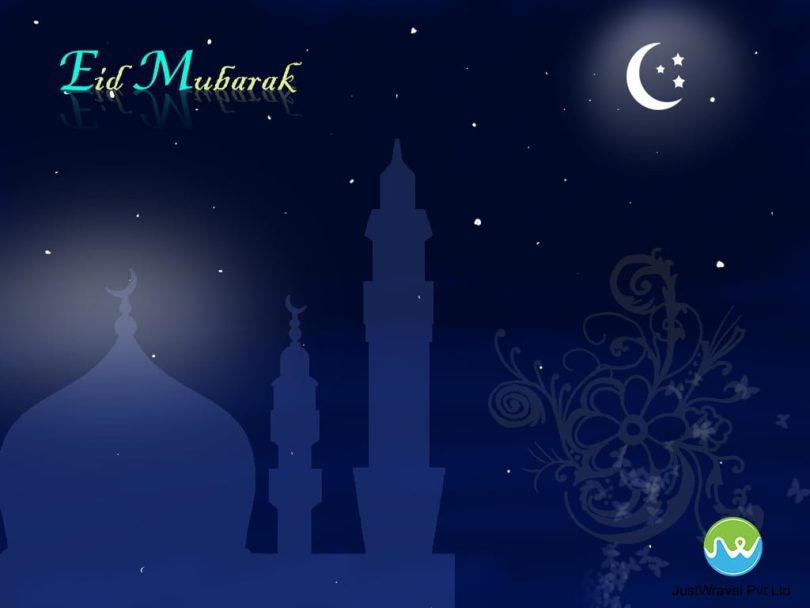 Eid-al-Fitr (also known as Eid al-Fitr, Eid ul-Fitr, Id-Ul-Fitr, Eid, Ramzan Id) is the religious holiday celebrated by Muslims worldwide. It is the most religious and holy festival for Muslim community which occurs on the first day of the Islamic month of Shawwal, i.e. the tenth month of the Hijra calendar which marks the end of Ramadan. Ramadan is the month of prayer and fasting,  Eid denotes the end of a whole month of spiritual cleansing that Muslims have gone through.

Eil-al-Fitr literally means festival of breaking of fast. In some countries, it is celebrated for three days such as Jordan and United Arab Emirates.

It is celebrated to commemorate an Islamic prophet Muhammad and his attainments by God. According to the traditions and culture in Islam, it is believed that Eid was first started in Madinah when he had migrated there from Mecca.
During Ramadan, Muslims keep a strict fast and take part in pious activities such as charitable giving and peace-making. They are forbidden from bad practices. It is observed as a time of intense spiritual renewal for those who observe it. So, Eid is like a joyous celebration for them after a month of fasting. After prayers, Muslims visit to graves of their loved ones, clean the grave site and pray to Allah that their loved-one’s souls rest in peace.

On Eid, Muslims wake up early (before sunrise), offer Salatul Fajir (pre-sunrise prayer), brush their teeth , take shower before prayers, wear new clothes, and apply perfume. It is forbidden to fast on Eid. They have a small sweet breakfast before attending Salaat (special Eid Prayer). They do charity as much as possible before prayer & money and food is given to poor and needy.

Takbirat is read by them in an open field. The prayers are performed either at a mosque or an open field. They go there on foot. After Eid Prayer, they listen to sermon, known as khutba, and then they ask for Allah’s forgiveness, peace, mercy and blessings for all living beings. Sermon is not compulsory; it instructs Muslim to follow the rituals of Eid such as Zakat. Zakat is distributed in form of food such as barley, dates, wheat flour, raisins, etc. and new clothes. Those who did not give it during Ramadan, give it on Eid.

They decorate their homes, give gifts known as Eidi to children or immediate relatives, and prepare and share the feast with friends and relatives. Feast includes a special dish, Lachchal or sivayyani.  Eidi is specially given to children in form of a small amount of money and gifts. On this day, they are allowed to use their Eidi as they want.  According to them, Eid is celebrated to praise and thank God. The significance of Eid is interpreted as a good time to bring people together in gratitude and harmony. The festival was originated by the Islamic prophet Muhammad. Communal meals are also conducted.

Islam uses a lunar calendar, i.e. each month’s beginning is marked with the sighting of the new moon. Similarly, the date of Eid is changed according to the sighting of the moon by local religious authorities, but generally it is celebrated on the same day as Saudi Arabia. Muslims believe that they are commanded by Allah, as mentioned in Quran, to continue their fast until the last day of Ramadan and pay the fitra and Zakat before offering the Eid Prayers.

Greetings during Eid are ‘Eid Mubarak’, an Arabic greeting, but some countries have their own greetings. Muslims are encouraged to forgive and forget any differences or animosities with others on this day.  They also greet each other with a hug. The night before Eid is called Chaand Raat, meaning Night of the Moon. Muslims visit bazaar and shopping mall for Eid shopping. Girls apply Mehendi and wear colourful bangles.  On this occasion, people go to popular places such as Jama Masjid in New Delhi, Mecca Masjid in Hyderabad, Aishbagh Idgah in Lucknow, Red Road in Kolkata, etc. to celebrate it.

The festival is celebrated across the world with great enthusiasm following different methods, but the principle idea behind it remains the same, paying tribute to God.