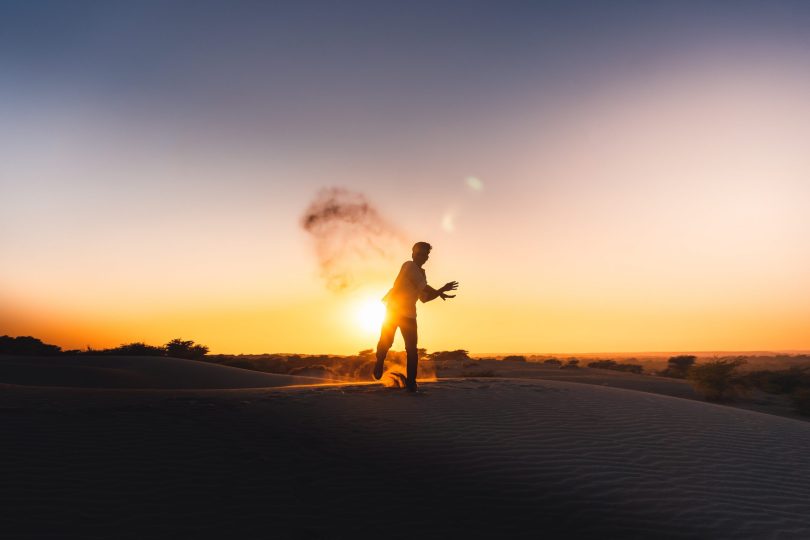 Jaisalmer is one of the largest cities in the Indian state of Rajasthan and it has been given the nickname of “The Golden City”. The city is built on a ridge which consists of sandstone which is yellow in color.

Almost all of the residents live in the Jaisalmer Fort, which is the only fort of modern times around the world in which people still reside. The fort overlooks the rest of the city.

You have beautiful forts such as Sonar Quila amongst many others forts and palaces. You can also camp out in the Thar Desert to witness a beautiful sunset along with bonfire and famous Rajasthani folk dance and music to end your day.

But did you know that there are many fascinating tales and stories associated with Jaisalmer?

Well, in this blog we will present some stories and tales that have been hidden from the people for many years. At the end of this blog, you will definitely get some insights into the history, culture folklores of Jaisalmer.

We bet that you must have heard of the “Silk Route”.

Well, the Silk Route which is also known as Silk Road was an ancient trade route which linked the west with China, resulting in exchange of goods and ideas.

Once upon a time, centuries ago Jaisalmer was a booming trade center with many Persian countries in business with it.

But soon after the British acquisition of India, the trade route was stopped and the new trade route to Mumbai was laid down.

Even after all this, the old havelis and palaces stood the test of time and can be found today as a touristic spot or location.

Some places in India are famous for being “Haunted” and Jaislamer has one such village.

The village of Kuldhara has some stories attached to it.

Around three hundred years ago, Kuldhara was a prosperous village of Paliwal Brahmins under the state of Jaisalmer.

The story says that Salim Singh was once a powerful prime minister of the state.

His eyes fell on the daughter of the village head and he desired to marry her by force.

Salim Singh threatened the village with grave consequences if they did not accept his wish. Instead of accepting the King’s, the Paliwals held a meeting and  all the people left their ancestral homes and went away.

But before all the people left, they put a curse on Kuldhara that no one will ever be able to settle in their village thereafter.

Centuries have passed but to this day, the village remains barren.

It is also said that people who have tried to stay there at night have been chased away by strange paranormal phenomena.

If you have never seen windmills, Jaisalmer is the place to be. There are lots of windmills to be seen.

In Jaisalmer you would find Jaislamer Wind Park which is India’s second largest and the fourth largest operational on-shore wind farm in the world.

Jaisalmer is home to contrasting stories, all the way from ghosts and palaces to a nuclear test site.

Wait…you didn’t know about this?

Pokhran is a small village which is located in the Jaisalmer district of Rajasthan. It is here where the tests were done for India’s first underground nuclear weapons and ballistic missiles.

You might have watched the hit Bollywood movie “Border”. If you haven’t you should because it is based on the events that took place in the Battle of Longewala in 1971.

The battle was fiercely fought from December 4th to 7th,1971. It was one of the first major fights during the Indo-Pakistani War of 1971.

At December 16th,1971, Pakistan called for a ceasefire and surrendered to India its four-tier military in its entirety, and that is when the Indo-Pakistan war came to an end.

So readers? How were these bewitching tales from Jaisalmer? Are there any more stories of Jaisalmer that you would like to share? Do let us know in the comment sections below.

If you are looking to experience Rajasthan with fervour, you can join our “Backpacking Trip to Rajasthan”.

If backpacking trip is not your thing, fret not. You can choose a trip from our “Rajasthan Packages”.

For more information related to Rajasthan and travel scenarios, trip updates and latest developments of other states and rest of India, you can join our Whatsapp group.