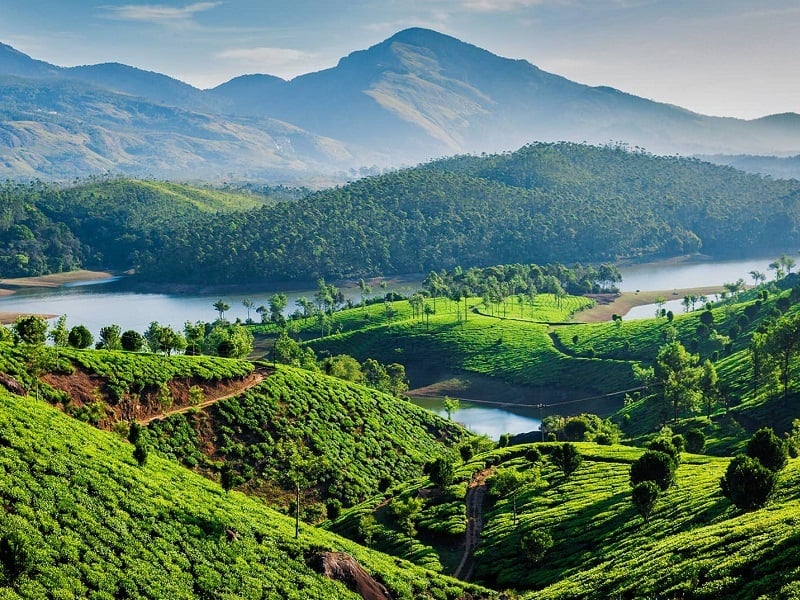 Delhi, the capital city of India, is a veryprevalent tourist destination. It is rapidly being witnessed as the growing tourist attraction enthralling national as well as international travellers. Enjoying the perfect weekend in the enchanting and awe-inspiring places is certainly a rising trend in the metro cities today. The inhabitants of Delhi have several options to engage themselves with long lasting memories. The comprehensive list of Places to visit near Delhi is an exciting mix of hill stations, religious places, historical towns, heritage and Archaeological Sites. Of these, hill stations near Delhi are the most prominent. Here are some of the top hill stations in near Delhi.

Shimla, the capital city of Himachal Pradesh, is one of the most renowned hill stations in India and also one of the top hill stations near Delhi. At an altitude of 7238 feet, Shimla is widely referred as the ‘Queen of Hills’ and among the most visited places as part of Himachal Pradesh tour packages. This lovely hill station was developed by the British and served as their summer capital.The Ridge, Mall Road, Vice Regal Lodge, Christ Church, Annandale, Chadwick Falls and Jakhu Hill are the places to visit as part of Shimla 2 day trip.

Manali is anastoundingly beautiful hill station nestled in the mountains of Himachal Pradesh near the northern end of the Kullu Valley. At an altitude of 2050 m, this cute hill town is spread along the banks of the river Beas and is popularly called as the ‘Valley of the Gods’. Renowned for its snow-covered mountains, scenic beauty, history and culture, Manali is one of the popular places to visit in Himachal and one among the most beautiful hill stations near Delhi. Solang Valley, Rohtang Pass, Hidimbi Temple, Vashist Temple, and Manu temple are the top places to visit in Manali.

Situated in the Kumaon foothills of Himalayas, Nainital is a stunning hill station in Uttarakhand. Commonly known as the Lake District of India, Nainital is one of the top hill stations in India and also the most popular Places to visit near Delhi. Situated at an altitude of 1938 m, Nainital got its name from Naini Lake. Nainital Lake, Naina Devi Temple, Mall Road, Naina Peak, Snow View Point, Kainchi Dham, Raj Bhavan, and High Altitude Zoo are the top places to visit in Nainital.

Mussoorie is a popular hill station in Dehradun district of Uttarakhand. Situated atop a horseshoe crest on the mountains of Garhwali at an average altitude of 1880 m, Mussoorie is one of the most popular hill resorts in Uttarakhand and also one of the best Places visit near Delhi during summer. Mussoorie offers commanding views of the underlying Doon Valley and the magnificent Himalayas. The highest peak in the region is Lal Tibba in Landour, at an elevation of over 2,275 m. Mussoorie is called the gateway to the Yamunotri and Gangotri. Kempty Falls, Camel’s Back Rock, Mall Road, Cloud’s End, Lal Tibba and Bhatta Falls are the top Mussoorie Tourist Places.

Kasauli is another picturesque hill station in Himachal Pradesh. At an altitude of 1,927 m, it was established by the British in 1842 as a Cantonment town and is among the cheapest summer destinations in India. Home to the Kasauli Brewery, the highest brewery and distillery in the world, Kasauli is also home to Christ Church, Monkey Point, Lower and Mall Road, Sunrise Point, Sabathu Fort. The picturesque hill station offers activities like trekking, paragliding, and camping for adventurous travellers.

At an altitude of 1706 m, Lansdowne is a small hill town in Pauri Garhwal district of Uttarakhand. , Lansdowne is one of the best hill stations near Delhi. was a popular hill resort for the British and they built a cantonment here. Surrounded by thick oak and pine forests, Lansdowne has many tourist attractions like Garhwal Regimental Museum, St. Mary’s Church, St. John’s Church, Durga Devi Temple, Kaleshwar Mahadev Temple, Tip-in-Top, Bhim Pakora, Bhulla Tal, and Tarkeshwar Mahadev Temple are the main tourist places in Lansdowne. It is also an ideal place for trekking and nature walks.

At an altitude of 1,970 m, Dalhousie is a scenic hill station in Chamba district of Himachal Pradesh. Surrounded by snow peaked mountains, Dalhousie is located on the western edge of the Dhauladhar mountain range of the Himalayas and is one of the top Tourist Places near Delhi. Dalhousie is known for its striking beauty. Ganji Pahari, Dainkund Peak, Khajjiar, Chamera Lake, Satdhara Falls, Kalatop Sanctuary, and Panchpula are the top places to visit as part of Dalhousie 2 day tour.

Situated at an altitude of 1,651 m, Almora is a fantastic hill station amidst the southern part the Kumaon Hills of the Himalayas in Uttarakhand. Sit on a 5 Km long horse shoe shaped ridge, Almora is considered the cultural heart of the Kumaon region of Uttarakhand. Almora is famous for its alluring beauty and panoramic view of the Himalayas. Nanda Devi Temple, Kasar Devi, Chitai Temple, Jageshwar, Binsar Wildlife Sanctuary, Baijnath, Katarmal Sun Temple, Bright End Corner are important places of sightseeing in Almora.

Dharamshala is a beautiful hill station in Kangra district of Himachal Pradesh. At an average altitude of 1,475 m, Dharamshala is one of the most visited hill stations in Himachal Pradesh. In the year 1960, Dharamshala became a temporary headquarters to His Holiness Dalai Lama. Today, it is known as Little Lhasa or Dhasa, because of its large population of Tibetans and Buddhist Monasteries. The ancient Chamunda Temple, Dalailama Temple, Namgyalma Stupa, Bhagsunath Temple, Norbulingka Institute, and Gyuto Monastery are some of the prime tourist attractions in Dharamshala.