Home » Regions » Spiti Valley » Story of a UFO at Chandratal 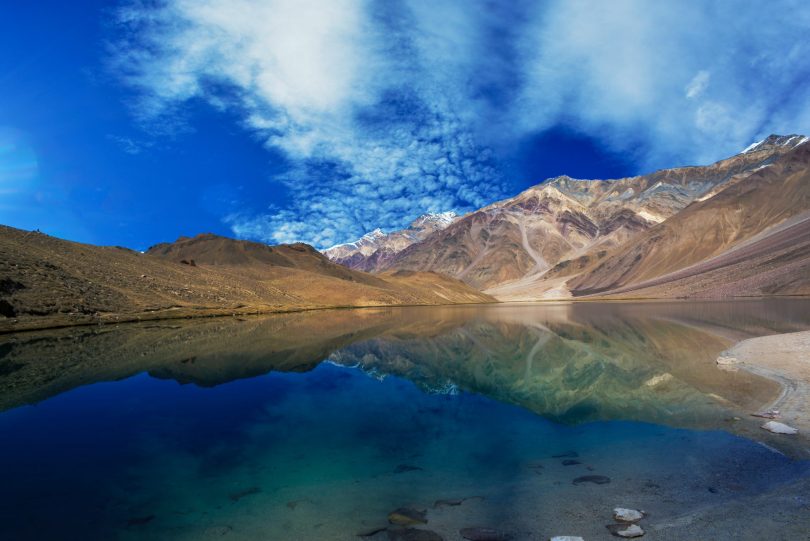 We’ve all heard that Spiti is a place that is truly transcendental and brings in a vast array of emotions which stays on with people visiting the place.

But did you know that there is a strange story of UFO sightings at Chandratal Lake?

No? Let us tell you what happened!

Around 12kms from Chandratal, lies Samudra Tapu which is a valley of de-glaciated nature. There’s not a human soul to be seen for miles and miles, with Kaksar the only known human settlement which is 70kms away.

Chandratal is one of the holiest lakes in Himachal Pradesh and is revered by the locals. According to the legend that there is an abode of fairies who descend on Earth when the moon is full.

It was the last day of a week-long expedition undertaken by Ahmedabad-based Space Application Centre (SAC) of ISRO on September 27, 2004. The team consisted of three SAC scientists and two geologists and they had their camps pitched in the valley some 17,000 ft above sea level.

The study was conducted on the Chandra basin glacier using satellite data. As the scientists were preparing to leave their tents, one of the porters spotted a white object on the far reaches of an adjacent mountain ridge, and shouted: “Sir, the snowman is coming.”

A senior ISRO scientist, named Amit Kulkarni who has been mapping glaciers for many years, and his team members saw something like a robot floating a few inches above the ground, approaching the camp rapidly. Kulkarni and his co-researcher, geologist Sunil Dhar, pulled out their cameras and began taking photos of the object even as the team raced towards the mountain to get a closer look.

The oblong object, between 3 and 4 ft high, kept moving down the slope towards the team. It had a cylindrical head with two balloon-type attachments, a body, hands and two legs. It seemed to be walking, planting and pacing its steps like a human being,  recalls Dhar.

When the object reached the lower edge of the hill, 50 m away from the stunned scientists, the team members’ excitement alarmed it. Standing still for a few seconds, it turned and started a steep 70-degree ascent towards the ridge top. When the rays of the rising sun hit it, its colour changed to black.

After a few moments, it changed to white again, hovered above the camp for five minutes before vanishing in the sky.Had it not been for the scientists, it would have been easy to write off the Samudra Tapu sighting as an accidental aerial phenomenon.

After observing the photographs, the UFO looked like balloons bunched together, but its maneuverability and flight path was definitely not like balloons or any manned flying vehicle.

To this day scientists are still looking for answers for that unnatural episode. There have been reports of many more sightings of UFOs and other supernatural things by the locals and the travellers. But does it all add up to something or is it just an illusion?

If Spiti Winter is not your thing, do checkout our Spiti Bike and Backpacking Trip!

For more information related to Spiti, weekend trips and travel scenarios, trip updates and latest developments of India, you can join our Whatsapp group.