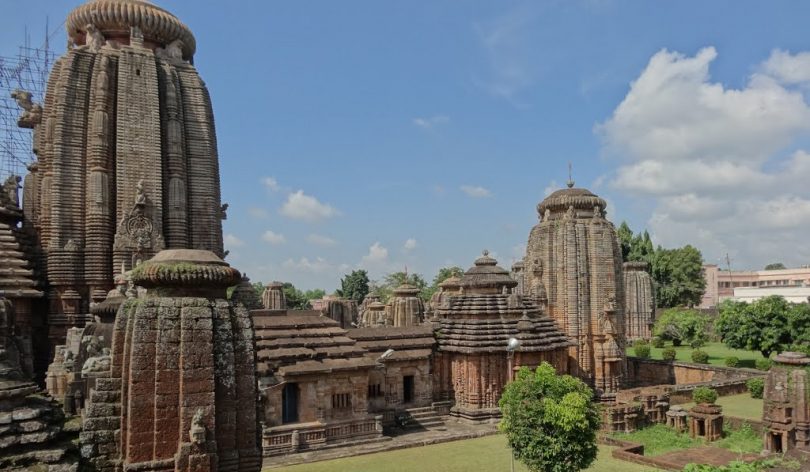 Odisha (Orissa), which is largely popular all over the world for one of the renowned sacred shrines of Lord Krishna (Lord Jagannath) in Puri, is capable to offer you a very unique kind of experience and some unforgettable memories to the collection of avid backpackers. With numerous splendid temples, grand monuments, mesmerizing beaches, fantastic wildlife sanctuaries and the mind-blowing natural panorama of the state, Orissa is synonymous with natural splendor at its best.

Odisha (Orissa) is an ideal destination for all domestic and international tourists, who are seeking a rich collaborative experience of nature, spirituality, culture, religion, and art. If you are planning for Odisha tour, then do not miss the true masterpiece of architecture – Sun Temple at Konark and the temple of Lord Jagannath at Puri (popular for the Rath Yatra chariot festival) along with mesmerizing beaches of Puri to experience nature at her beautiful best.

The Jagannath Temple of Puri is prime attraction among the devotees which belongs to the 11th century and also well-known as one of “Char Dham” for Hindus. Puri beaches are also famous for annual Beach Festival taking place in November and perfect for a quiet holiday maker due to paucity of the crowd here.

The next on the list is Konark Sun Temple, which is a true masterpiece of architecture and one of the most stunning monuments of religious significance, which is located at a convenient distance (35 km) from Puri. The name of Konark temple is an amalgamation of two words – Kona and Arka meaning corner and the Sun respectively.

If you are an avid birdwatcher, then you must visit Chilika Lake which is recognized as one of the most important wetlands in the world because it is home to a phenomenal variety of birds. The lake teems with birds over 160 species in peak season between November and February. Migratory ones fly from great distances, from Siberia, Iran and Central Asia. Kalijia Temple is also one of the famous attractions which are located on the island in the Chilika Lake. Another major attraction is Satpada Island for Irrawaddy dolphins.

There is an exciting place for Wildlife lover known as Bhitarkanika National Park. It is special due to the Mangroves, Giant Salt Water Crocodiles and numerous varieties of other animal species. King Cobra, Indian Python, and Water Monitor Lizard are also found out in the mangrove forests in the sanctuary.

Odisha (Orissa) is very rich and vivacious in the culture of blessed environments of Lord Jagannath temple, the medieval architecture of Konark’s Sun temple, the incredible caves of Jainism, and the spiritual monasteries of Buddhism.

The Odisha culture comprises mainly three groups, the tribal, the folk and the urban population that lives side by side with utmost social harmony in different cultural dimensions. Odisha (Orissa) is having a rich and oldest culture of heritage, about a period of three thousand years. The people here are very hospitable, amicable, and jolly by nature.

Rath Yatra or Car Festival (June-July) is the most famous Odisha festival which attracts pilgrims and visitors from all over the world. Other notable festivals that are celebrated by local people are Dola Purnima (Holi), Konark Dance Festival, Puri Beach Festival, and tribal festivals.

Temple food is one of the well-known foods of Odisha which is purely vegetarian and prepared in desi ghee without even onion and garlic. It is offered as Prasada (offering to the God) and it generally consists of Khechidi (Odia version of khichdi), Arrna (rice), Mitha Dali (sweetened dal), Kanika (sweetened rice), Kheeri (kheer- Indian sweet dish) and Khatta (sweet and sour dish generally made of tomatoes, dates and other fruits).

Food in Odisha (Typical meal) is simple and relatively low on spices. The food is typically cooked using mustard oil which is an essential part of Odisha’s cuisine. Rice is the staple carbohydrate in any Odia meal. It is typically accompanied by Dalma (slow-cooked vegetables with lentils), Dal, Bhaja (vegetables fried with light seasoning). They are also fond of Macha Tarkari (Fish Curry) and Mansa Tarkari (Mutton curry) with rice. It is always coupled with Bharta and Saaga. Bharta is prepared from brinjal and mashed potatoes mixed with Indian spices whereas Saaga is green leaves prepared with some garlic and dried red chilly.

One who wants to take plenty of gifts for family and friends, shouldn’t be worried as one can have ample opportunities to shop in the form of myriad craft forms of Odisha. The markets of Odisha (Orissa) offer something for everyone.

You can shop for mementos and souvenirs made from an exquisite silver latticework of Cuttack, animated wall hangings from Pipli, intricate paintings from Raghurajpur, glorious hand-woven fabrics from Sambalpur. Sand sculpture from Puri or a Patta Chitra is a kind of gift which someone can cherish for life owing to its magnificence. Many people buy Images of Gods and goddesses or animals and plants etc. from Puri, Bargarh, and Cuttack to be presented as small tokens of love to their family and friends.

By Air, Bhubaneswar is the only city which has an airport in Odisha (Orissa) and well connected to Calcutta, Delhi, Chennai, Mumbai, Vishakhapatnam, Hyderabad, and Raipur.

By Road, the state is well connected to its neighboring states through a good road network.

By Rail, many super express trains ply to and fro on a daily basis from Bhubaneshwar to major cities like Chennai, Calcutta, Puri, Mumbai, Delhi, Bangalore, Guwahati, Hyderabad, Tirupati, and Trivandrum.

November to February is the most favorable time to visit Odisha (Orissa) as recommended by many travel experts as the temperature comes down to the bottom of the mercury level in winter.

Are you planning to travel with your family but unable to decide where to go? Orissa could be a great option for you.

If you need any assistance with preparing the itinerary, JustWravel could help you out…

I am a dentist by profession and writer by choice.