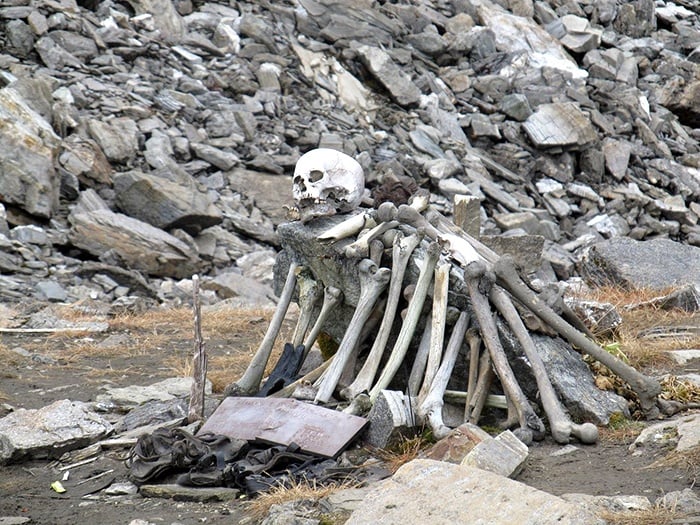 Imagine going for an amazing snow trek and stumbling upon piles of bones and skeletal remains. Sounds spooky right! Well this spooked up yet amazing thing is real in the vicinity of Uttarakhand at the Roopkund Lake.

Every year, as the snow melts, somewhere by the end of summer and ascend of autumn, numerous skeletal remains come ashore floating on and lying around the Roopkund lake. The lake is situated at a whooping height of 16,000 feet, so there must be a significant reason why there were so many bodies up there in such harsh conditions!

Discovered by chance by a Forest Ranger in the year 1942, Roopkund has been fascinating people for decades. While the scientists have had various theories to reason the presence of dead remains in such a large number, the locals have their share of folk tales and stories.

There have been many theories put forward by the historians and scientists, but it was only until sometime back, these theories remained mere assumptions. On being discovered, it was assumed that these bodies could be of Japanese soldiers who sneaked in the Indian Territory, but couldn’t survive the tough terrains of the Himalayas. This was assumed to be somewhere around the World War II, but basic inspection proved that the remains date back to at least a century old.

Some Historians believed it was the Army of General Zorawar Singh of Kashmir, who lost their battle after the battle of Tibet in the year 1841 and went missing in the Himalayas on their return journey. But again tests were made and it was discovered that the bones were older than the 15th century. Many more theories have been talked about including unsuccessful attempts on the Garhwal region by Mohammad Bin Tughlaq or some unknown epidemic which happened to the people living a in a highland village back in those days.

While the Historians and scientists still had to figure out what was the reason behind these skeletal remains, the locals had a different story to share. According to the folklores and tales, the king of Kannauj, Raja Jasdhawal, along with his pregnant wife, servants, a dance troupe and other pilgrims went on a pilgrimage to Nanda Devi to pray for the birth of a son. However they didn’t maintain the sanctum and rules of pilgrimage and indulged in singing, dancing and celebrating which apparently enraged the local deity, Latu. Owing to this, they were warned about their behavior and finally punished with “balls of iron” falling from the sky to death.

After 62 years of discovery of the skeletal remains, it was finally discovered that these bodies dated back to somewhat around 850 AD and they died not because of an avalanche or a landslide but because of deep blows on their head with large round objects, the size of a cricket or tennis balls. Also, it was irrespective of the position of the victim, all skulls had large blow on their head in a similar fashion which justifies something falling from above.

The scientists also discovered some bones with pieces of flesh attached with some nails and hair. It was due to the dry Himalayan air and being buried under the snow for so long that it got frozen and thus saved. The team also found objects like rings, glass bangles, leather shoes, spears etc. which gives an insight to having women in the lot and them actually being pilgrims. The DNA tests also proved that there were some travelers belonging to a particular ethnic group of Maharashtra, some were local Himalayans (mostly, the porters or guides and a few from Garhwal region. It is also speculated that there would be 100s of bodies still buried under snow and it must have been a group of around 600 pilgrims along with the king and his wife.

While it is both spine-chilling and mesmerizing, how folk tales and science had the same answer for the skeletal remains of this beautiful mountain lake, it is also a question to the government who isn’t taking any measures to preserve this gem of a historic site. The remains are perishing fast as tourists keep visiting here. Also, Roopkund Lake deserves to be declared a heritage because of its amazing Tragic history.

Pilgrims or No Pilgrims, 850 AD or not, Folk tales or not; Roopkund Lake is still a mystery and doesn’t fail to enchant you. Not to mention the exquisite beauty it displays of, definitely a sight to behold and a trek to remember. 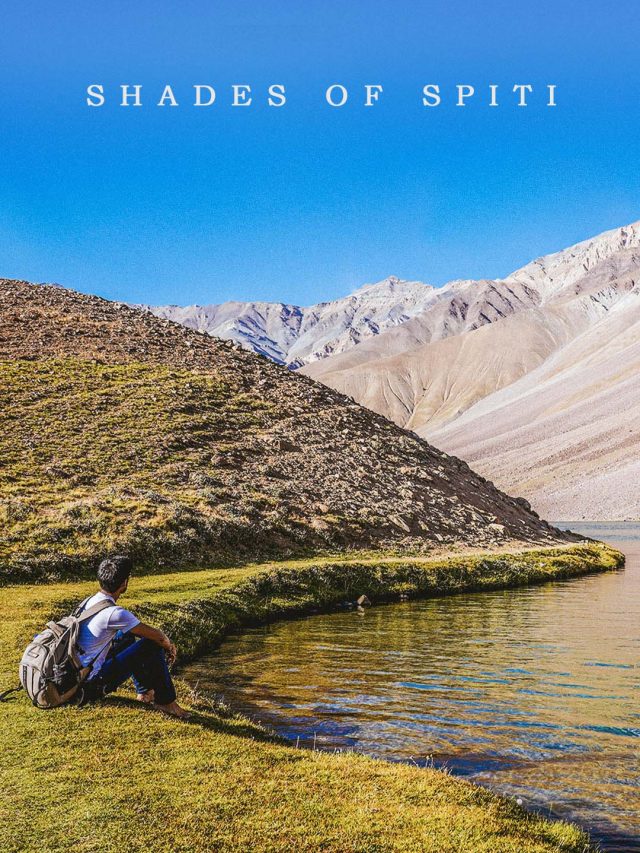