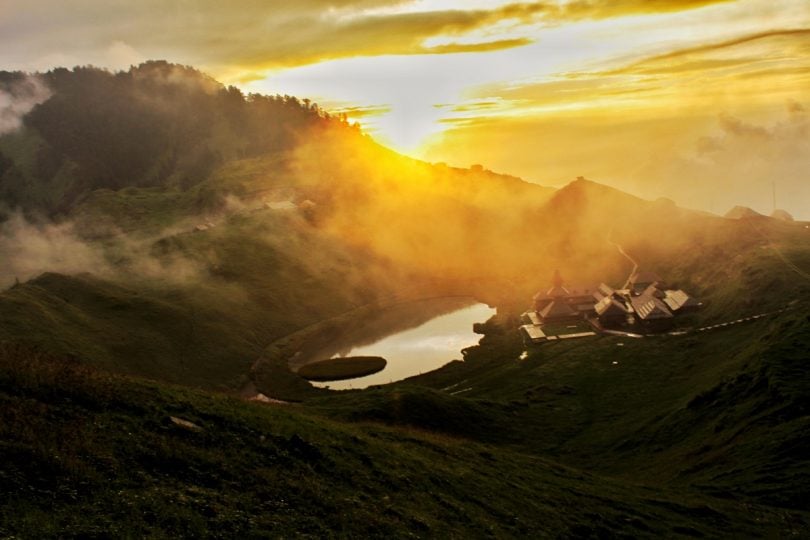 I have been on several treks, be it 1 day, 2 days, 6 days or 8 days and I had a great experience on each and every trek in terms of views as well as terrain. If I talk about views, then some treks offer views of the lake, forest, meadows, and summit. But there are some treks which are blessed with all the varieties of views and once such is Prashar Lake Trek. During the monsoon season, I went on a trek to Prashar Lake with a bunch of unknown travelers and it was a wonderful experience.

We were in a group of 6 and I was excited for this trek because I was doing it in monsoon and it was my first trek on which I was going to take my new DSLR camera?

I packed up my belongings and camera kit into the rucksack and left home. We all assembled at Akshardham Metro station and from there we started our journey towards the Shivaliks of Himachal Pradesh. We had our dinner of Paneer Paranthas at Gulshan Dhaba, Murthal, and then continued our journey.

We drove through Karnal, Ambala, Chandigarh, and from Kiratpur Sahib, we took the Manali route.

As the day was about to happen, we opened our eyes and we were in the mountains. We promptly switched off the AC and opened the window to let the fresh & cool air come inside the car. The weather was pleasant and we were driving through the clouds.

Mandi is around 500 km from Delhi. We reached there at 8 AM, did our breakfast, and continued our journey to Baggi village, which is the starting point of the trek. The village is situated at a distance of 30 km from the town of Mandi.

It took us more than 2 hours to reach the village due to the bad condition of the road and several landslide-prone regions and also as it was monsoon season. We reached the village and relaxed there for around half an hour and then started our trek to Parashar Lake.

Prashar Lake is situated at an altitude of 2730 meters and is around 8 km from Baggi by trek. Though there is one road that goes up to Prashar Lake trekking during monsoon has its own fun, so we decided to reach the lake by trekking.

We began with a normal walk through the village for about 100 meters and reached a point where we had to cross the river. The river flow was normal at that time, so we took off our shoes and crossed the river barefoot. 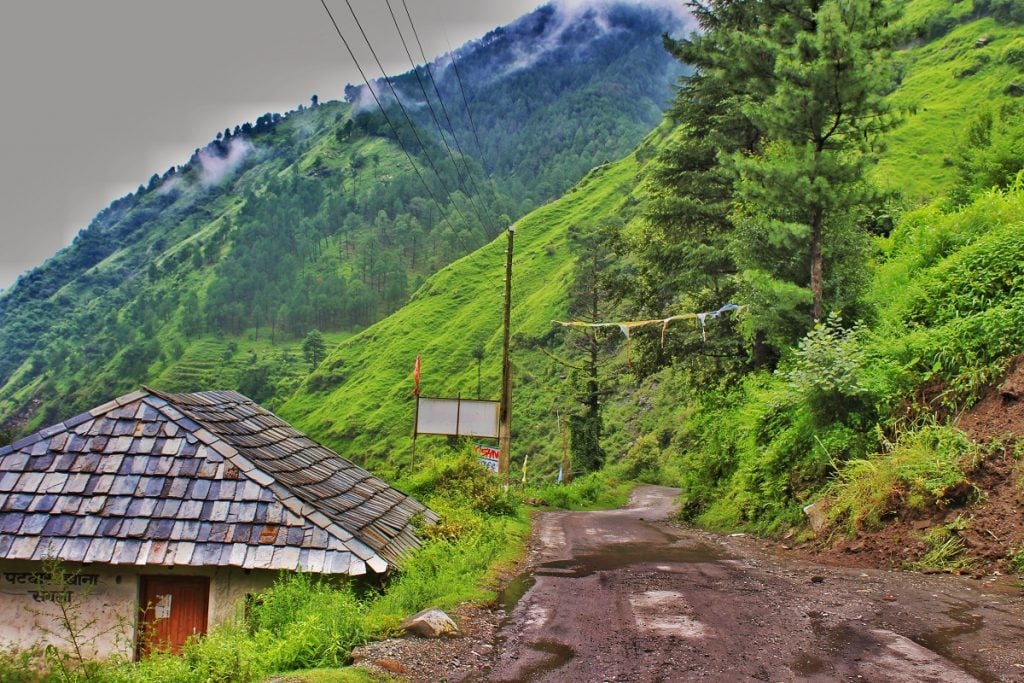 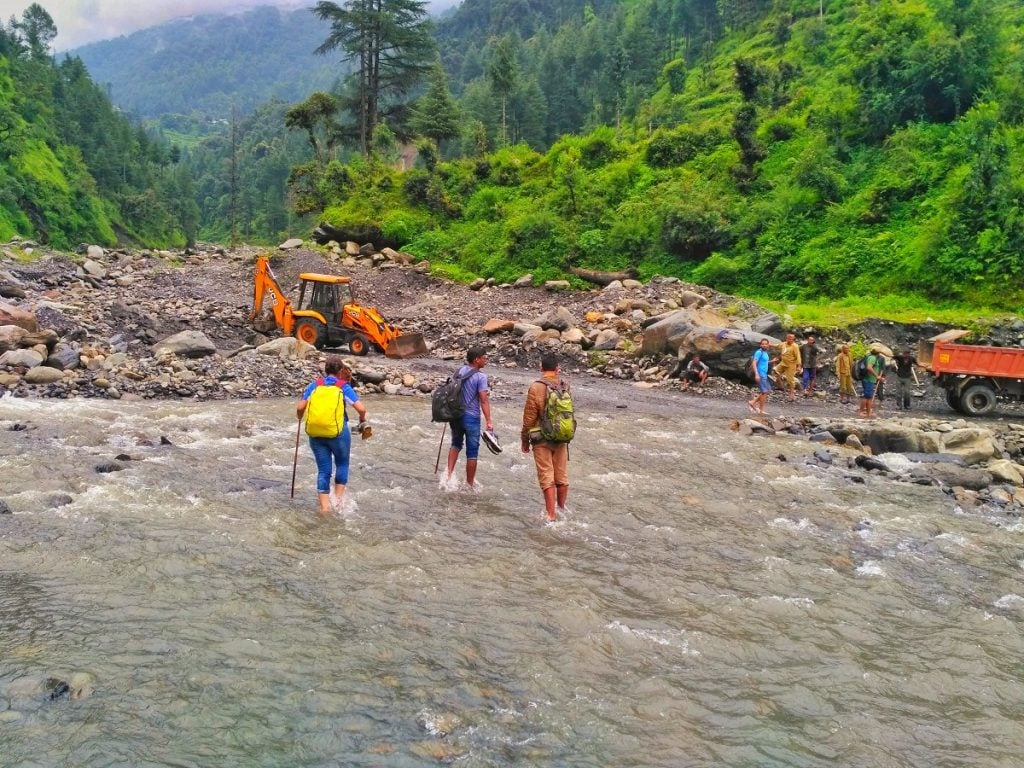 Starting the Trek from Baggi

Then we resumed our monsoon trek and went through the trail full of boulders and small water streams. This part continued till 500 meters and we came across the road and walked further for about 1 km. The road was mild steep so it was working as a warmup for our body.

We crossed a small waterfall and reached a point where the forest starts.

The further trail to Prashar Lake was through the forest. As we entered into the forest and took the first step, leeches welcomed us. Yes, due to monsoon there were so many leeches. But we were fully prepared as we already knew this, so we brought salt to defend our bodies from leeches.

The trail through the forest was continuously steep and also slippery at some points due to algae. It took us around 2 hours and we reached the first meadow.

There we had our packed lunch and relaxed for a couple of minutes. The weather was rainy and soon it started drizzling. We quickly wrapped up all the things and resumed our trek. After crossing one more meadow, we again entered the forest.

Now there were no leeches as we gained a decent height. We walked for about half an hour and saw a hut. The forest ended and again meadows started. Now Prashar Lake was not so far from that point and we were at the last leg of the trek.

In another half an hour, we reached the road and entered in the vicinity of Parashar Lake. The weather was too foggy. We were not able to see the lake so we decided to have tea and Maggi at a shop. As we finished with our refreshment, the weather started getting lucid and the lake was getting visible.

We explored the lake and the temple. There is a temple called Prashar Temple dedicated to Sage Parashar situated beside the Prashar lake. The temple is built in a Pagoda type structure. Locals claim that the temple is constructed

We talked to the locals there and got some interesting information about the lake and the temple. They claim that the temple is constructed of the wood of only one tree. They also claim that the Parashar Lake has a floating island in it which keeps changing its position and they can predict the weather with the help of its position. 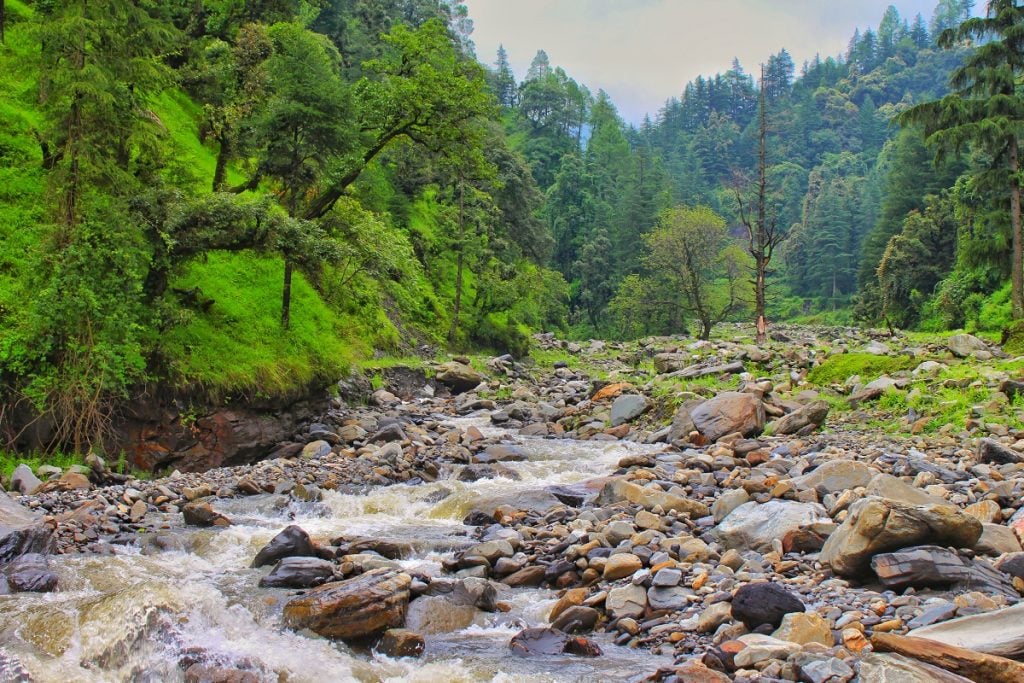 Trail to Prashar lake during monsoon 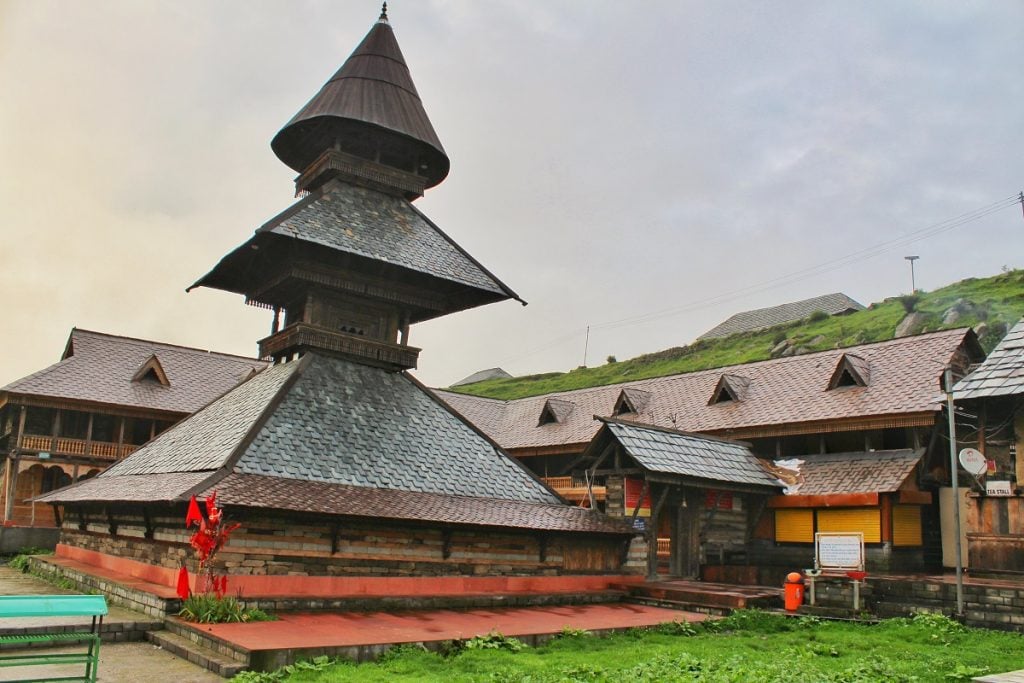 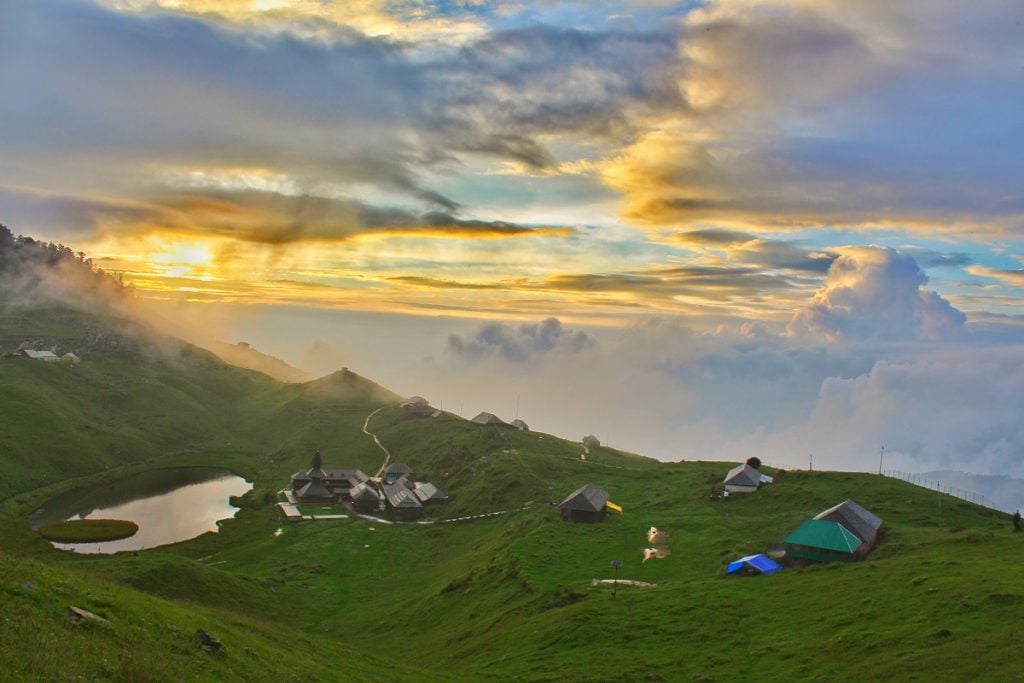 Sunset from Prashar Lake during Monsoon

Later we proceeded towards our campsite which was around 2 km from the lake. We took the road from Parashar Lake and walked all the way to the campsite. The site was quite scenic and serene.

In the late evening, we did bonfire followed by the dinner.

Woke up in a fresh and cool environment. It was literally one of the best camping experiences. The place was so peaceful, encircled by dense forest and our camps were in the center. After freshening up, we had our breakfast and then started our downhill trek towards Baggi.

The descent was easy as compared to the ascent. We fell several times while trekking due to the slippery trail as we were monsoon trek to Prashar lake, but it was fun. We retraced the same route and reached the village in around 3 hours. Before reaching, we took a pause near the river stream.

The water was so cold and it was perfect to recharge our tiring body. As we reached the village, it started raining and unfortunately, our car’s battery got some problems. We waited there for around an hour and then departed for Delhi.

We reached Delhi the next day in the morning.

Overall it was an amazing trek with all views and experiences of almost all the terrains. One gets an opportunity to trek through the forest, on the meadows, through the big boulders and river streams, etc. The lake site is picturesque and offers great views of the surroundings.

All these experiences make monsoon trek to Prashar Lake one of the best weekend treks from Delhi in Himachal Pradesh.