The state of Gujarat has played a significant role in history. The lands of Gujarat witnessed some brave kings and their rich heritage. Gujarat is also the birthplace of Mahatma Gandhi, the father of the nation, who initiated out various movements for India’s independence from here. The city of Ahmedabad, which is the heart of Gujarat has been recently titled as ‘World Heritage City’ by the UNESCO. Here are some of the Historical places in Gujarat of importance and which one must visit.

Which would give you the feel of the rich ancient heritage and the struggle of Gujarat.

The current structure of the temple, seventh reconstruction, is a magnificent edifice built in the Chalukya style of architecture by the master masons of Gujarat, known as Sompuras. Soma, the Moon-god, is believed to have lost his luster due to a curse, and he bathed in the Sarasvati River at this site to regain it.

The name of the town Prabhas, meaning luster, as well as the alternative names Someshvar and Somnath (“The Lord of the moon” or “the moon god”), arise from this tradition. You can also visit the beach, and the museum, close to the temple, which exhibits 1638 pieces from 7th to 15th century

Located atop the Shetrunjai Hill, Palitana temple is one of the most sacred Jain temples in India and is known for its 3000 brilliantly carved temples. According to the records, there are approximately 108 large temples and 872 small shrines with about 7000 images total that have been built over 900 years from the 11th century by the Jain community.

Note: Devotees usually start their climb early in the morning and make their descent by evening as staying at night is not permitted.

250 km from the Bhuj district of Gujarat nestles an ancient town, Dholavira; that throws the light on the Harappan culture and its magnificent civilization. The second-largest in India and the fifth-largest in the Indian sub-continent, this Harappan site the only place that marks the presence of Harappan culture from 2900 BC to 1500 BC.

On a trip to Dolavira, you walk can pass through the sun-dried buildings, 5,000-year-old stepwell, ancient reservoirs. To reach Dolavira, you will have to drive for six kilometers from Ahmedabad.

Accommodation options are very limited in Dholavira so; you can stay in Ahmedabad or head to Bhuj for the great Rann of Kutch. 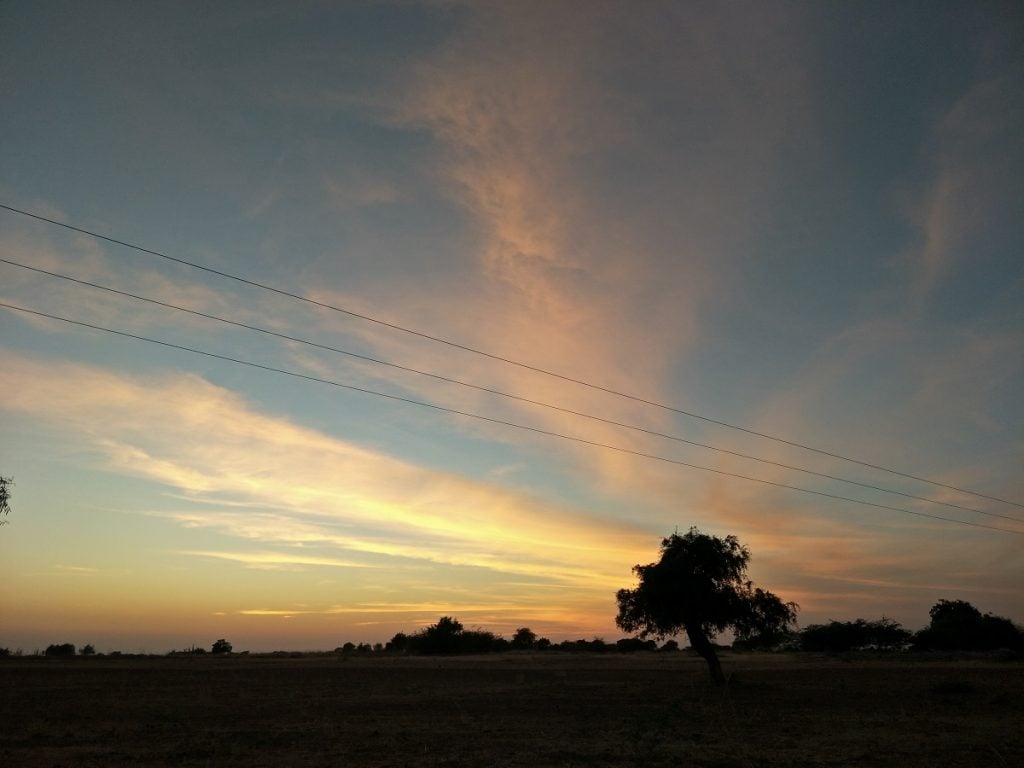 Built-in 1890 as the private residence of Maharaja Sayajirao Gaekwad III, Laxmi Vilas Palace is indeed one of the grandest structures in India. Sprawling over an area of 700 acres, the palace is believed to be nearly four times the size of Buckingham Palace and features many buildings like Moti Baug Palace, Makarpura Palace, Pratap Vilas Palace, and Maharaja Fateh Singh Museum building.

It took Robert Fellows Chisholm, the head architect, twelve years to build this grand building. The property also has a Navlakhi stepwell, Maharaja Fatehgarh museum, and a small zoo, which was resting ground crocodiles.

Lakshmi Villas Palace speaks volumes about the history of Gujarat and holds importance in historical places in Gujarat.

Finest creations or should I say the major tourist attractions in Gujarat are not only the efforts of years year rulers but also there is a little bit of contribution of the citizenry as well.

Pols are distinct residential areas that are unique only to Gujarat, and one can find their significant numbers in Ahmedabad. Ahmedabad has been titled the first “Heritage city” in the whole of India by UNESCO. There are nearly 174 pols in Ahmedabad, each featuring the finest lovely wooden windows, brackets, magical balconies, khidkis, and chowks.

Earlier pols were the preferred residence across the different sections of Gujarat society for the feeling of society and identity they evoke. Time has bestowed beauty to the pol architecture of Gujarat, making them an ornament of world-building.

Located on the banks of Sabarmati River, this abode of Gandhi is also known as Sabarmati Ashram. This Ashram, originally called Satyagraha Ashram, holds a special mention in the archives of India as a number of freedom movements were planned here between 1917 to 1930.

Mahatma Gandhi also trained activists here to join his movements like Swadeshi movements, non-violence and civil disobedience. Gandhi’s poignant, Spartan living quarters are preserved in Sabarmati Ashram, and there’s an open-air museum that presents an informative and moving record of his life and teachings.

The Sabarmati Ashram was also the starting point of the very famous and important movement of history, The Salt March to Dandi which played a significant role in leading India towards independence.

Built-in 1027 AD, Sun temple is one of the surviving Indian shrines dedicated to God Sun and stands as an epitome of the exquisite Hindu temple of the Solanki dynasty.

The Sun temple is divided into three parts, which are perfectly aligned from east to west, in accordance with the deity passage of the sun. Inside the temple complex, you can see a suryakand or stepwell, prayer hall (also known as Sabhamandapa) supported on 52 pillars and another room (Gudhamandara) that leads to inner sanctum called Garbhagrah.

The temple is a sight to behold during the Modhera Dance Festival. Sun temple is located in the Mehsana district of Gujarat, and one can reach by car or bus ride from Ahmedabad. Historical place in Gujarat to visit.

The temples of Polo, located near Vijaynagar, were built between the 10th and 15th centuries under the Gurjara-Pratiharas and later the Rathores as a hiding place from enemies, citizens, angry wives, and even from the sun.

While there are a number of medieval temples in the polo region of this period, the most notable ones are Sarneshwar temple (still in use), Lakha Dera Jain temple, and Shiv Shakti Mandir.

Structure and design of the temples reveal Islamic traces in the use of domes and lattice screens; it also follows the layout of Traditional Hindu temples. To reach the temples, you can take a bus or private taxi from Ahmedabad, which is hardly 160 kilometers away. Jeeps are also available from Idar, a town in Sabarkantha, which is 56 km from Vijaynagar.

Jeeps would take you till the Polo campsite only; thereupon you will have to trek in the forest to explore the temple. There is only one homestay available at the Vijaynagar.

Somewhere like Dholavira, Lothal is also a significant site of the Indus Valley civilization excavated in India. Here, you can see a tank, which is believed to be a dry dockyard and is connected by the channel to the old course of the Sabarmati River.

To know the place better you can also visit the museum, which showcases 5089 products unearthed from the evacuation like terracotta ornaments, shell and ivory objects, replicas of seal and sealings, tools and potteries yielded from excavations, copper and bronze objects animal and human figurines, weights, etc.

To reach Lothal, you can hire a taxi from Ahmedabad and go for a long day trip or travel by train till Gandhigram and thereupon take a bus. Another Historical place in Gujarat which is must visit.

The deserted city of Champaner, a UNESCO world heritage site, is located in the foothills of Pavagadh. With some area perched on a rocky hilltop and bristling with forts, mosques, temples, and palaces, Champaner-Pavagadh Archaeological Park looks like something out of a children’s storybook when it’s seen from afar.

A major part of Champaner lies in ruins today, with the remains of many old mosques and palaces reflecting a blend of Islamic and Jain tradition. Also here you can find many Chalcolithic Indian Sites from the Stone Age era.

The Champaner complex is hardly 50 km away from Vadodara, thus, it can be a good option for a weekend gateway.

Rani ki Vav- as the name says this stepwell was built by Queen (Rani) of Bhimdeva, Udayamanti. Constructed in the 11th century to preserve groundwater, Rani ki Vav came into limelight in 1972 when the area was fully earthed.

The main highlight of the stepwell is that its walls are profusely ornamented with figurative motifs and showcases images of various god and goddesses and their consorts from the Hindu Pantheon. The central part of each level contains the primary sculpture. Winter is the best season to visit Rani ki Vav as you can enjoy the light shows, cultural events, and exhibitions at the Rani ki Vav Festival.

One of the four Dhams (divine abodes of India) and Sapata Turis (seven sacred cities), Dwarkadeesh Jagat Mandir doesn’t need any introduction and is definitely in all the lists of historical places in Gujarat. The word ‘Dwarka; is made of two words- ‘dwara’ meaning road, and ‘ka’ implying eternal significance.

Going by the mythological records, Dwarka was the kingdom of Lord Krishna, and he stayed there for quite an extended period. This five storey temple stands on 72 pillars, which according to the science of archeo-astronomy, is some immense significance. The sandstone plinth and walls of the temples are embellished with panels depicting dancers, elephants, musicians, and celestial beings.

Along with Jagat Mandir, you can also visit the nearby temples like Bet Dwarka, Okha, and shrines dedicated to Rukmini (Lord Krishna’s Wife), Mirabai, Narsinh Mehta and Shank Narayan.

Contact justwravel to plan your itinerary for your trip into history.