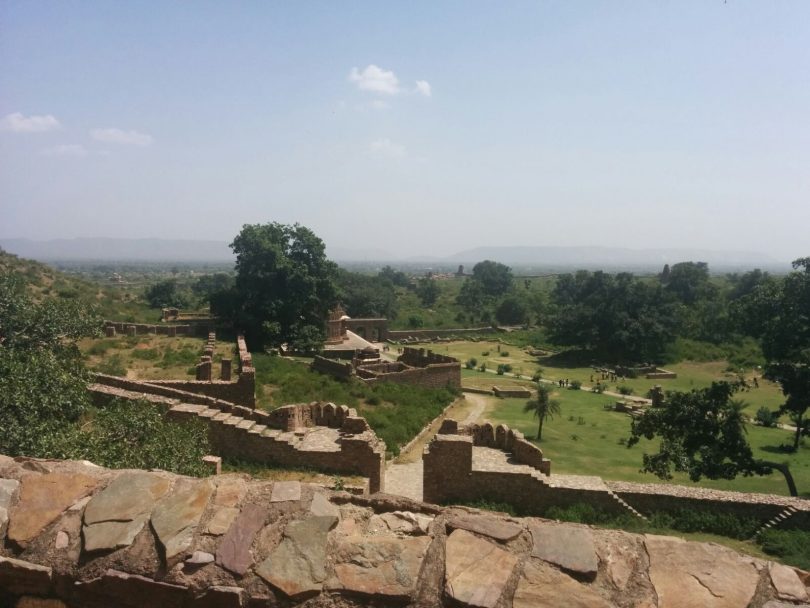 Just the way every horror story has a thrilling charm to it and most of us don’t really mind listening to one on a rainy night or perhaps when having a sleepover with friends. Likewise paying a visit to some infamous spooky places won’t be a bad idea either, at least for some of us to spice up the weekend. Luckily there are a few places in and around Delhi with the “haunted” tag that can give you fair shares of adrenaline rush without much risk; indeed it’s an adventure of a lifetime beyond the regular routine of any road trip. However leave out the spoilers – who are really scared of ghosts or even the thought of their existence. Most importantly make sure you start way before the twilight sprawls, preferably soon after midnight to feel the creepiness of deserted roads submerged into an eerie darkness.

Our was an unplanned one – after a tiresome week me along with few of my friends decided to
cool-off over some drinks on a Friday night in the serenity of home. That’s when the usual conversation switched to supernatural genre and as the night passed the plans for sleepover changed to an urge of taking a spooky ride to Bhangarh; Asia’s most infamous ghost town. The clock struck 1:30 and we finally decided to go for the spooky ride; en route to Bhangarh. It was during the receding winters and the air around was still cold, felt rather much colder for reasons unknown; maybe it was the alcohol or the heightened anticipation to catch a glimpse of the supernatural, perhaps the dead of the night. We purposely didn’t play any song to let the quaint eeriness grasp in. Even the busiest streets of Gurgaon were deserted and beyond the city limits the world seemed to subside in a gloomy creepiness, and meanwhile our eyes searched the rushing frames for the slightest hint of something unworldly. As the wheels kept rolling everyone was feeling bit drowsy, hence the discussion of supernatural was resumed again. Off Delhi-Jaipur national highway the ride got bumpier in the final stretch of 70 km, also it was the darkest hour before dawn; trust me the road seemed to be customized to add to the horror of the haunting with the awful jerking and no civilization to be seen as far as out sight could stretch. The occasional deserted houses were playing the perfect props to scare us even more. Light has already flooded the scene by the time we reached the entrance gate. But neither the pristine light of dawn nor the blazing daylight can possibly undo the eeriness the carcass of the fortress palace of Bhangarh and its nearby area of ruins express. The walk throughout brings on a gloomy feel as if the stones have witnessed ages of misdeeds and are waiting to unfold them to who so ever defy to break the silence.

Now that Justwravel could help you with this spookiness reloaded unique itinerary; for the later part I suggest the thrill enthusiasts to take a midnight road trip to Bhangarh to savor an experience beyond the wonted aspects of excursion.