Home » Regions » Ladakh » 5 Things To Do In Ladakh 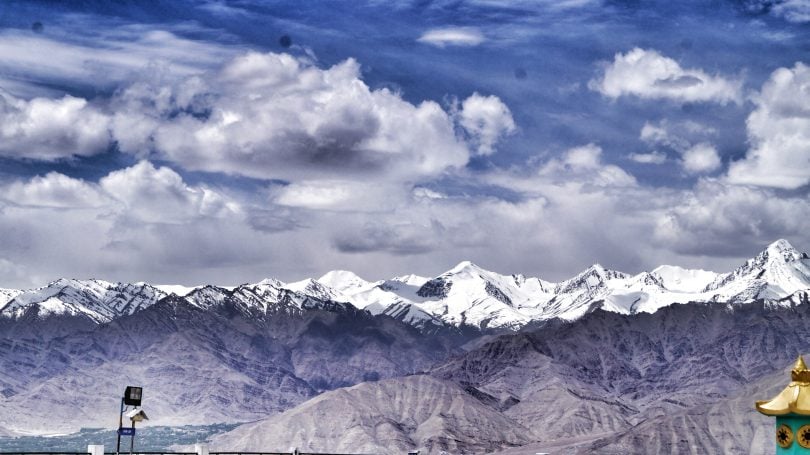 Leh Ladakh – The Land of High Passes, is there on practically every traveler’s bucket list. Some have even been to Ladakh N number of times, and still they feel that they haven’t seen enough of Ladakh.

May to September is usually the best time to visit Leh Ladakh, as the temperature is not that cold, valleys are green and all the high altitude passes are open. I revisited Leh Ladakh, a couple of days back, after 10 long years. A lot has changed in the area, but still I felt there was something missing. So I compiled a list of 5 things to do in Ladakh, which you all can think of doing as well.

1) Put on your boots, and go Trekking

Leh Ladakh is counted among those few destinations which offer an ideal setting for mountaineering and trekking. With its uneven terrains and picturesque locales, Ladakh offers an exciting mishmash of scenic charm and challenging heights to adventure enthusiasts.

If you are trekking in the areas around Nubra Valley and Tso Moriri, you’ll have to get an inner line permit. It can be obtained from any travel agent in Leh and costs around INR 600-700.

In order to trek in the Hemis National Park, you’ll have to get issued a permit from the Dhaba below the Rumbak village. The cost of permits is Rs. 20 for Indian and Rs. 100 for foreigner. ( at the time of writing the article)

Some of the treks that you can do in Ladakh are as follows: 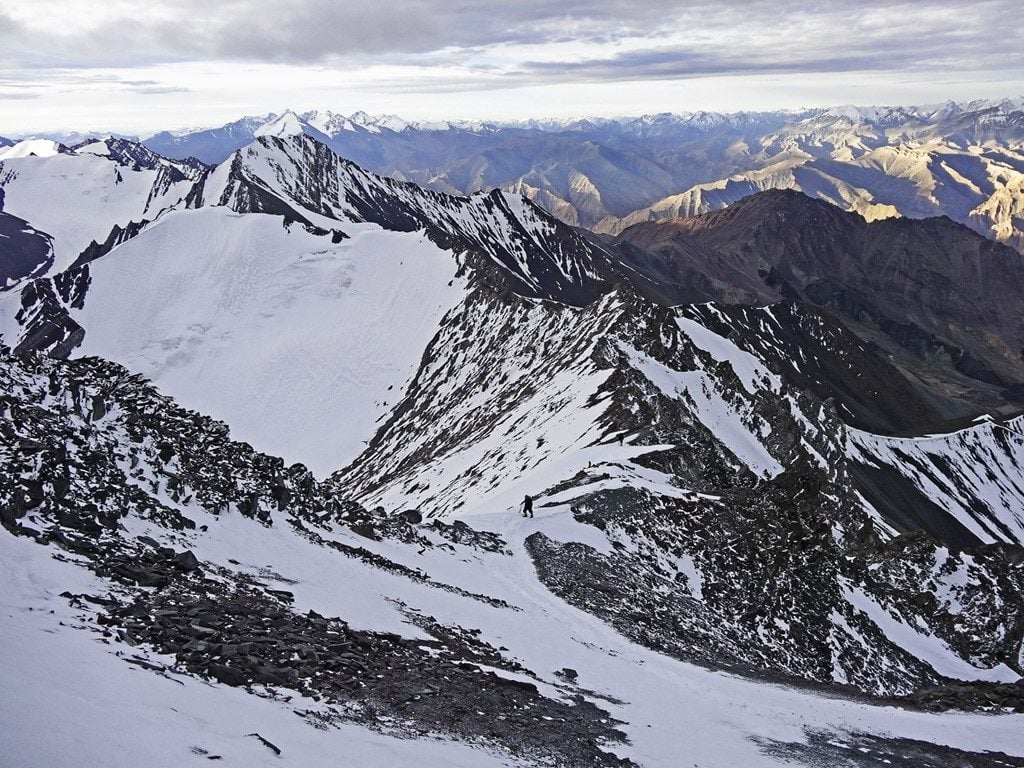 At 6153 M (20,187 ft) Stok Kangri is the highest mountain in the Stok range of the Himalayas in the Ladakh region. The peak is located in Hemis National Park, 12 km southwest of the trailhead at 3,610 metres (11,844 ft) in the village of Stok and around 15 km southwest of the Ladakhi capital of Leh.

Despite its altitude, Stok Kangri is a popular trekking peak and is often climbed as an initial non-technical foray into high altitude mountaineering. However, Stok Kangri is very often underestimated for its difficulty level and in particular the need to acclimatize before and during the ascent.

Standing at the summit, you can view the Karakoram Range to your north and Zanskar Range to your south,thus making it our list of things to do in Ladakh.

In order to climb Stok Kangri, you require a permit from the Indian Mountaineering Foundation (IMF). It can be obtained at a price of INR 2000 and the office of the IMF is near Chanspa Road in Leh.

3)  Soak yourself, by doing Rafting in the cold waters of River Indus

The Indus, originates near the Kailash Mountain and the Mansarovar Lake in Western Tibet. Water levels remain high during the month June to late August, which is the best season for fascinating rafting expeditions.

The white water Indus has rapids generally of I and II grades and at some places, has grade III to even V rapids. The popular rafting points are from Phey to Nimo and also from Upshi to Kharu or from Upshi to Nimo.

The other points run from Phey to Saspol or Phey to the Indus – Zanskar confluence at Nimo and from Nimo to the historical monastic enclave of Alchi, about 75 Kms west of Leh. Experienced rafters may also want to try the more challenging route between Alchi and Khaltsey, which takes in the kilometre long series of rapids at Nurla.

Easier runs include the run between Hemis (40km south of Leh) situated along a road crossing the Indus and Choglamsar, which is a three-hour trip that goes through quiet, calm waters, and passes through the riverside villages of Stakna, Shey and Thiksey (25km south-east of Leh), before ending at Choglamsar, just short of Leh city.

There are only few locations in India wherein you can do rafting, Ladakh being one of them and thus rating in Zanskar is one of the things to do in Ladakh.

4) Cycle all the way up to Khardung La Pass

Yes you read it right. Rent a cycle, pump up your adrenaline and cycle all the way up to Khardung La Pass (18380 feet). The feeling of reaching the highest motorable road in the world that too on a cycle, is ecstatic and next to none. 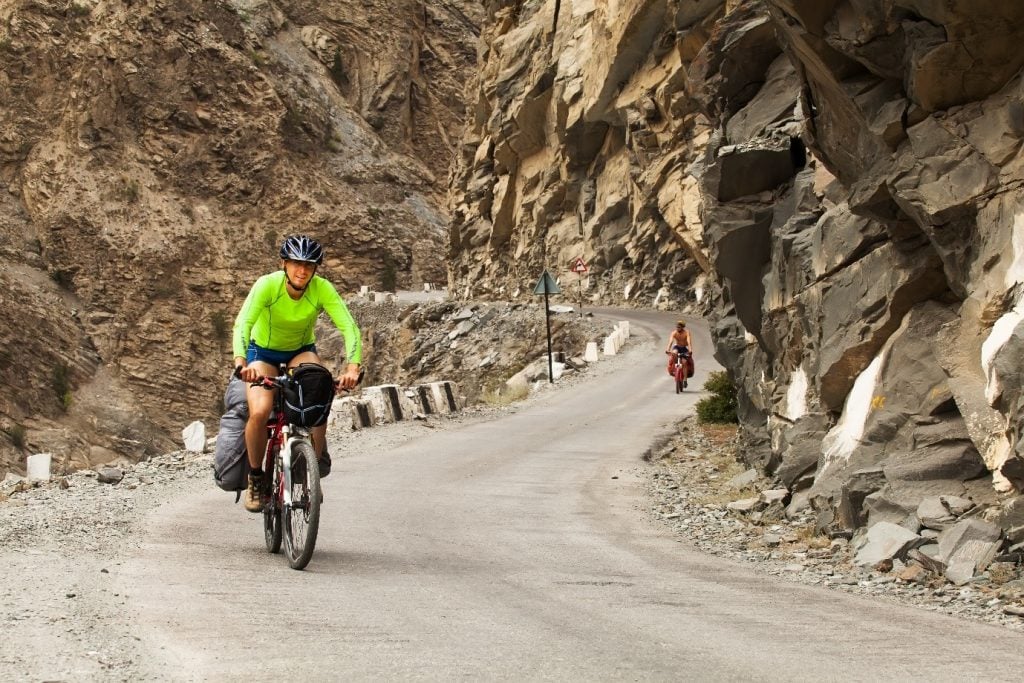 However, in order to achieve this feat, you should be physically fit and have good experience in long distance cycling.

You can load the bikes on a car and drive all the way up to the Khardung La, and then cycle back 40km down to Leh (at 3,500m). Many cycling rental offices in Leh offer this service nowadays. 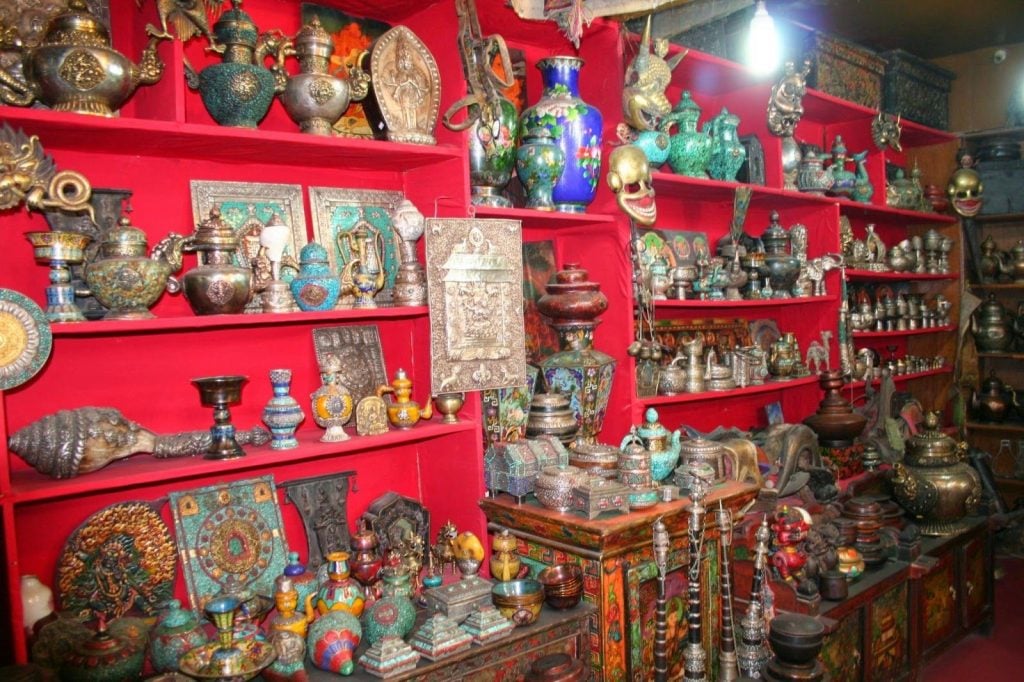 Evenings in Ladakh, are the perfect opportunities to take a walk in Leh’s Main Market. With plenty of shops selling all kind of stuff ranging from apparel, to crockery, to local handmade goods, it’s kind of hard to resist the temptation of shopping.And then the Tibetan Markets, selling all kinds of local souvenirs are surely going to make you a Shopaholic.

Drop in the comments below if you are planning for Leh and need to ask any queries. You can also connect with the team directly and they will help you plan out a perfect trip to Leh Ladakh region. 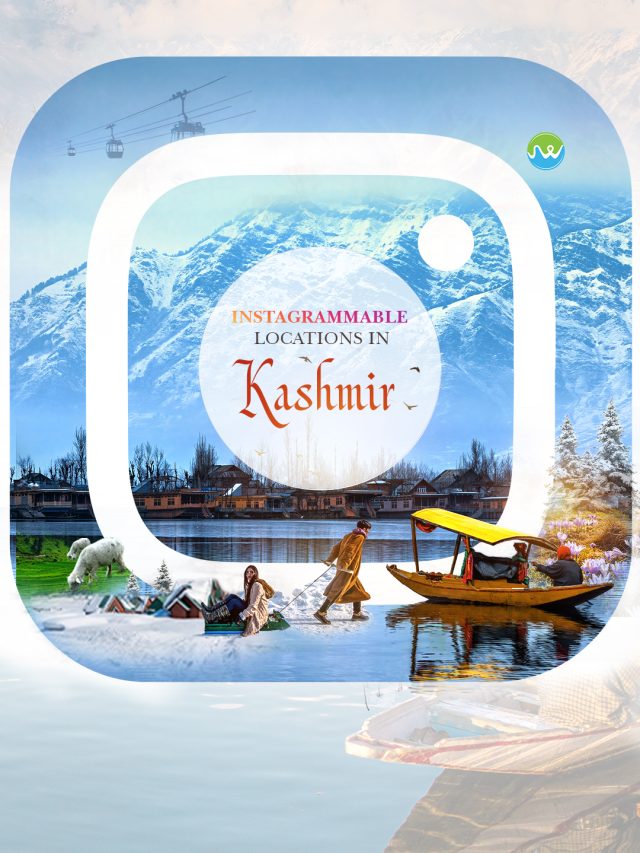 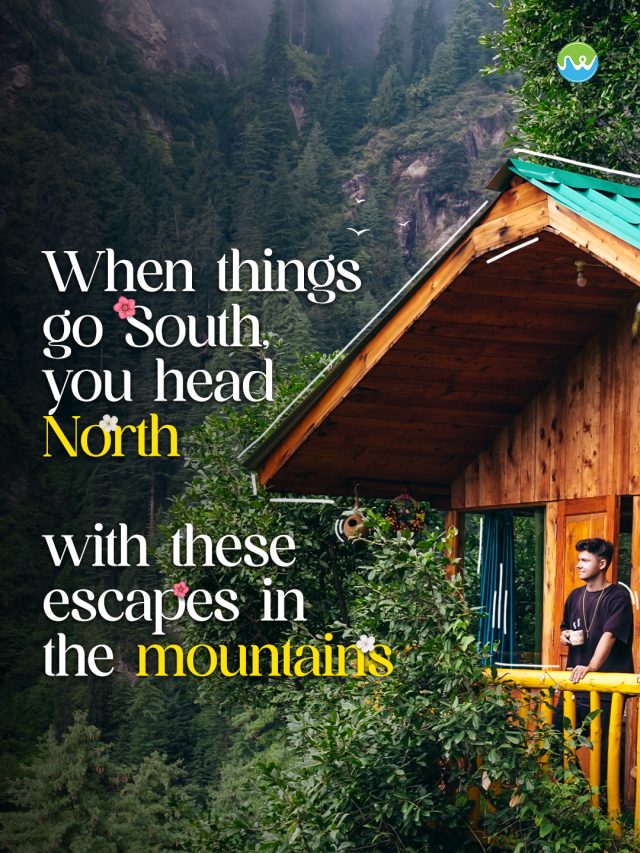