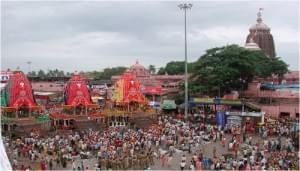 Gallery
Home explore from - to - Puri

Puri (is a city and a municipality in the state of Orissa in eastern India. It is the district headquarters of Puri district and is situated on the Bay of Bengal, 60 kilometers (37 mi) south of the state capital of Bhubaneswar. It is also known as Jagannnath Puri after the 12th-century Jagannnath Temple located in the city. It is one of the original Char Dham pilgrimage sites for Hindus. Puri is known by several names since the ancient times, and was locally known as "Shrikhetra" and Lord Jagannnath temple is known as "Badadeula". Puri and the Jagannnath Temple were invaded 18 times by Hindu and Muslim rulers, from the 4th century AD till the early 19th century with the objective of looting the treasures of the temple. Puri has been chosen as one of the heritage cities for Heritage City Development and Augmentation Yojana (HRIDAY) scheme of Government of India. Puri, the holy land of Lord Jagannatha, also known by the popular vernacular name Shrikhetra, has many ancient names in the Hindu scriptures such as the Rig-Veda, Matsya purana, Brahma Purana, Narada Purana, Padma Purana, Skanda Purana, Kapila Purana and Niladrimahodaya. The best time to visit the destination is from October to March.