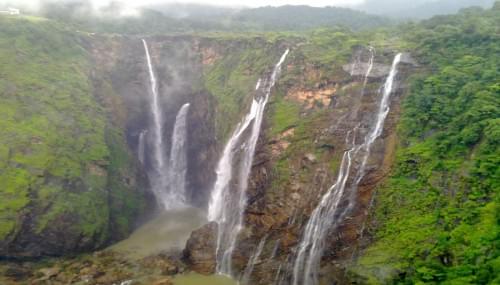 Gallery
Home explore from - to - Karwar

Karwar is regarded as the administrative headquarters of Uttara Kannada district in Karnataka in India. It is a well placed sea side town on the banks of the Kali River on the west coast of the Indian peninsula. Karwar is located about 15 km away from south of Karnataka-Goa border and 519 km north-west of Bangalore.

'Karwar' also refers to the word Taluk which means the surrounding villages. This is an ancient city majorly used for the sea trade visited by the Arabs, Dutch, Portuguese, French and later the British. A former settlement of the British and the Portuguese was done on the banks of the Kali River.

Karwar’s tranquil ambience had inspired the famous poet Rabindranath Tagore to write his first play. The place has beautiful beaches and clean areas attracting a number of people. This is also one of the major nature excursion regions. Out of these unspoilt beaches, Devbagh Beach is outlined by casuarina trees, offers good diving and snorkelling opportunities for adventure seekers in the Arabian Sea. Other beaches include Koodi Bagh Beach and Kaju Bagh Beach that offers scenic views.

Karwar also accounts to a number of historic towns and sacred temples.  Sadashivgad Hill Fort on the outskirts of Karwar provides great picturesque views during sunset. There is Durga Temple and Venkataramana Temple which is the ancient architectures found in the place exhibiting fine ochre paintings.