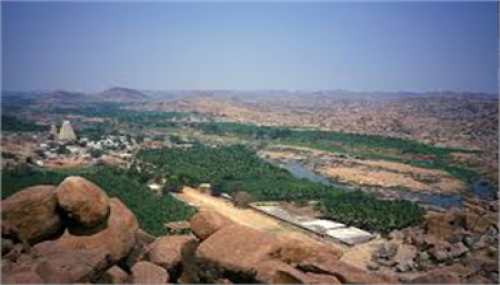 Gallery
Home explore from - to - Hubli

Possible light rain in the afternoon and evening.

Hubli or Hubballi, as it is sometimes called, is located in the Indian state of Karnataka. The town is the headquarter of the South Western Railway Zone and is also one of the key producers of cotton and peanuts in the country. The term Hubballi literally translates to the ‘flowering creeper’ and refers to a kind of plant specific to the area.

Hubli was under Maratha control for most of the 18th century, but after the British landed in the country, they took over Hubli in 1817. The part of Hubli which was taken over by the British is now the old Hubli which has the Jaina Basti and the Bhavanishankar Temple.

Old Hubli is also known as the Rayara Hubli and it is a major trading centre of Hubli for cotton, iron and saltpetre. Under the British rule, a factory was also opened here which led to the industrialisation of the area. The setting up of the Railway Workshop here in the late 1880s consolidated Hubli’s position as an industrial area

Hubli is largely a trading centre of Bangalore with rapid industrial development taking place because of the concerted efforts of the government. A number of industries have been set up in Hubli in the past few years which include leather and goods industry, steel furniture, food processing and electrical and machine tools industry.

The town of Hubli is well connected to other parts of the country. It has a railway head and an airport, which serves direct flights to the four metros of India. There is also a road transport network here, which is meant for intercity travel. There are bus services from Hubli to all the nearby major cities of Karnataka.