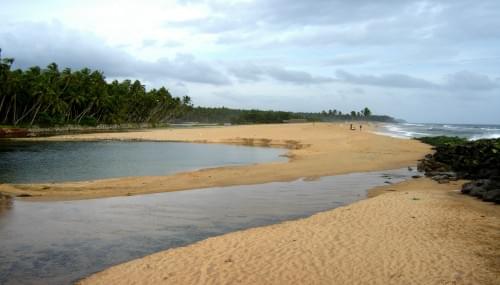 Gallery
Home explore from - to - Bekal

Situated on the shore of the Pallikara village, Bekal is small town on the eastern seashore of Kerala. Located 16 km away from the Kasargod Town, Bekal is an important town of Kasargod district.

During the Perumal age, the town was a part of Mahodayapuram. After the decline of Mahodayapuram Perumals by the 12th century, North Kerala including Bekal came under the administrative control of Kolathunadu. During the reign of Kolathiries, Bekal flourished as an important port town of Thulunadu.

In 1565, the Battle of Thalikkottai resulted in the decline of the Vijayanagara Empire. Several feudatory chieftains including the Keladi Nayakas became politically strong after the end of Vijayanagara Empire. Soon, the Nayakas realised the political and economic importance of the region and conquered it. During this time, Bekal served as a centre in establishing the domination of Nayakas in Malabar.

Major attraction in the town is Bekal Fort, which is one of the best preserved forts in Kerala. Underneath the Bekal Fort is the Bekal Beach, which is characterised by golden sand and palm trees. Furthermore, Valiyaparamba, which is around 19 km away from the destination, is famous as the beautiful stretch of backwater in Kerala.