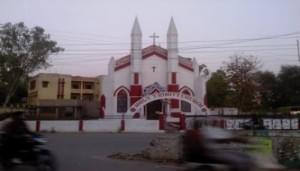 Gallery
Home explore from - to - Azamgarh

Azamgarh is  situated on the bank of Tamsa river, one of the easternmost districts of Uttar Pradesh, once formed a part of the ancient Kosala kingdom, except its north-eastern part. Azamgarh is also known as land of the sage Durvasa whose ashram was located in Phulpur tehsil, near the confluence of Tamsa and Majhuee rivers.

The district is named after its headquarters town, Azamgarh, which was founded in 1665 by Azam, son of Vikramajit. Vikramajit was a descendant of Gautam Rajputs of Mehnagar in pargana Nizamabad who like some of his predecessors had embraced the faith of Islam.