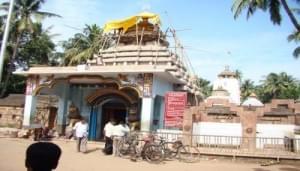 Gallery
Home explore from - to - Jajpur

Jajpur (also known as Jajapur is a city and a municipality in Jajpur district in the Indian state of Orissa. It is popularly known as Biraja Khetra, which translates as "the place sacred to Goddess Biraja", and is located on the banks of the Baitarani River. It was the capital of Orissa during the Kesari dynasty, later supplanted by Cuttack. Now, it is the headquarters of Jajpur district. Jajpur is a historic place of pilgrimage is located at a distance of 92Kms from Cuttack. Once upon a time Jajpur was the capital of Kalinga kingdom and had achieved the pinnacle of glory in archeological excellence. Jajpur is honored for its natural resources, mines and industries. Situated on the bank of river Baitarani it has the sacred shrine of Goddess Biraja (Durga), Sveta Baraha (incarnation of Lord Vishnu as the white boar), Sapta Matruka and a host of other shrines. It is famous for Saktipitha of Goddess Biraja. The best time to visit the destination is from October to March.