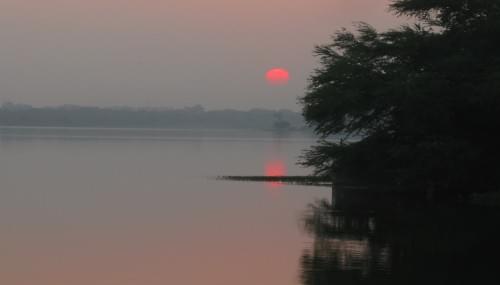 Gallery
Home explore from - to - Nagpur

The city of Nagpur is named after the river Nag that flows through the city. The suffix ‘pur’ means village in many Indian languages.

Nagpur is the 3rd largest city and the winter capital of Maharashtra. The existence of Nagpur can be traced back to the 8th century BCE.

From then various dynasties have rules over Nagpur – Rashtrakutas, Vakatakas, Parmaras, Mughals, etc. In the 18th century, the city was established under the Gond Dynasty. Later, Nagpur became the part of the Maratha empire but in the late 18th century after the 3rd Anglo -Maratha war, the Britishers acquired this region.

Due to the linguistic factors, Nagpur was shifted to Bombay province from Madhya Pradesh, after independence. Nagpur is popularly known as “the Orange city” and is located to the East in the state of Maharashtra. It lies exactly at the center of the Indian peninsula.

Nagpur is the biggest market of Oranges in the country. The Orange cultivated here is exported all over the country and also to other counties. The city is one of the fastest developing cities. The major industries here are food production (Haldirams, Dinshaws), IT (TCS, Infosys, Persistent), Ayurvedic (Vicco and Baidynath), and several cotton and silk manufacturing units.

The region is also rich in natural resources and hence mining is also carried out on a huge scale here.

Nagpur is very well connected by air, road and railways. Nagpur Junction is a major halt to many long route trains connecting north and south India; it is one of the oldest and busiest railway station. Metro railway is also available to travel within Nagpur.

India’s 2 major and 2 Asian Highways pass through Nagpur. The city also has an international airport by the name Dr.Babasaheb Ambedkar International Airport.

Nagpur is extremely dry and hot during summers. The winters here are cold and there is plenty of rainfall in Nagpur. The best time to visit Nagpur is from July to January.

Nagpur has a majority of Hindu population, but there is a significant number of people from other religions and other parts of the country. It is one of the safest cities for women India and ranks 31st in the ease of living index.

The Marathi spoken in Nagpur is quite distinct from the western Maharashtra. This dialect of Marathi is called “Varhadi”.

The cuisine here is known as Varhadi / Saoji cuisine. This traditional food is famous for its spicy taste. The city is also famous for the Kadaknath chicken made in Varhadi style. Also, there are a number of popular dishes and drinks made of Orange (orange barfi, orange soanpapdi,etc). Other famous local dishes include Tarri pohe, Samosa, Patodi, Kadhi and Wada bhaat.

There are a huge number of festivals celebrated all over Nagpur from different cultures. A variety of cultural festivals are organized in Nagpur – Literature fest, Folk dance fest, art and craft mela, Kalidas festival, Marbat festival, etc.

Other than this there are a number of natural and man-made lakes in Nagpur like Futala, Ambazari, Gorewada, Shukrawari, Ravanwadi, Zilpi, etc. Nagpur central museum and Raman science center are important museums here.