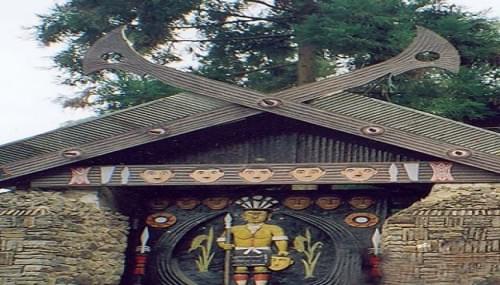 Gallery
Home explore from - to - Kohima

The capital city of the north-eastern state of Nagaland, Kohima is a scenic town with breath taking natural beauty.

It is located in the Kohima district and is at the southern part of the state at an elevation of 1500 meters above sea level. Connect by the National Highway 39, Kohima is at a distance of 74 km from Dimapur which is another important town in Nagaland.

Kohima is at a distance of 145 km from the Imphal and around 339 km from Guwahati which is the gateway city to the north-east.

Known earlier as Thigoma, Kohima got its name from the wild flowering plant called Kew Hi which is found in the mountains of Nagaland.

The original inhabitants of the place where the Angami Nagas and the Rengma tribes, but in recent times people from other parts of the region and country have come and settled here.

Kohima is known for its virgin beauty and the amazing views of the Naga Hills. The place holds historical importance as the site of the battle between the British and Japanese troops during the World War II. There is a War Cemetery which has a memorial in honour of all the brave soldiers who have laid down their lives during World War II. The cemetery is beautifully maintained, and is adorned by two crucifix and stone markers with the names of the brave soldiers.