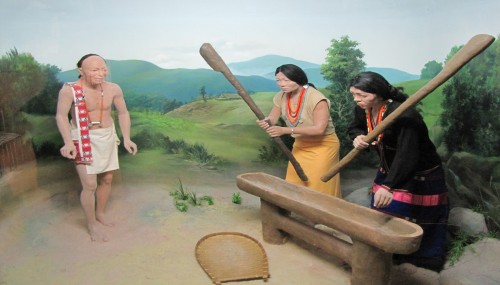 Gallery
Home explore from - to - Khonsa

The Khonsa region of Arunachal Pradesh is primarily occupied by the Nocte and Wanchoo tribes. Besides these traditional tribes, the population of Khonsa also consists of migrants from the nearby states of Nagaland and Assam as well as from Myanmar and Bangladesh. Assamese, Hindi, Nocte, Wancho and English are the languages used in Khonsa.

The historical background of Khonsa is very obscure. The historical isolation of this rural place had given it the name 'forgotten land'. This place was under the control of the British during the era of colonisation.

Khonsa is one of those regions of Arunachal Pradesh that firmly hold on to the age old customs and traditions. The town, located at an altitude of about 3000 ft above sea level, is surrounded by the Himalayas.

The town of Khonsa is bordered by Myanmar on its east and Assam on its west. Khonsa can easily be reached from Tinsukia and Dibrugarh cities of Assam which are located at a distance of about 75 km and 215 km respectively.

The topography of Khonsa is marked with many hilly, rocky and mountainous regions, a number of valleys, deep chasms and scores of uncharted tropical forests. Plain plots are very hard to find in Khonsa. There are several streams and rivers that flow through the region.