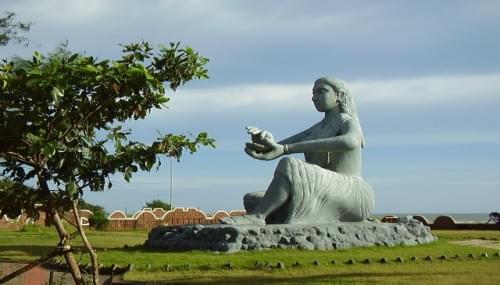 Gallery
Home explore from - to - Kannur

Kannur is a beach town in the Kannur District of Kerala. It is also known as Cannanore, this term was coined during the British rule, and it is still used extensively today. Kannur is the largest city in the northern parts of Malabar.

The city has a rich colonial heritage and many signs of this can still be seen today.

Kannur is popular among travellers because of its clean beaches. Popular tourist attractions of the city include temples where many festivals are celebrated throughout the year.

The architecture of the town includes the ancient St. Angelo Fort that belonged to the Portuguese in the 16th century and was demolished by the Dutch. The building is now under the authority of the Archaeological Survey of India.

Since Kannur is a coastal town, the location of the town is very well reflected in the climatic conditions as well. Kannur faces a tropical weather with extremely humid climate. Summers here are extremely hot and humid whereas the temperatures in winters are relatively mild. Kannur receives a lot of rainfall during monsoons.