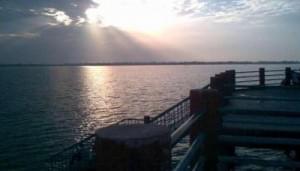 Gallery
Home explore from - to - Gorakhpur

Gorakhpur is located along the banks of Rapti river in the eastern part of Uttar Pradesh. It is located near  Nepal border, 273 kilometers east of the state capital Lucknow. The city is home to the Gorakshanath Temple.

The district Gorakhpur takes its name and fame from renowned, ascetic 'Gorakshnath', who was an eminent profounder saint of 'Nath Sampradaya'. A famous shrine 'Gorakhnath' was built in his honour on the same spot where he practised austerities.

Gorakhpur was a part of the famous kingdom of Koshal, one of sixteen mahajanpadas in 6th Century B.C. The earliest known monarch ruling over this region with his capital at Ayodhya was IKSVAKU, who founded the solar dynasty of Kshatriya. The next event of importance was the association of Gorakhpur with Gorakhnath.His samadhi at Gorakhpur attracts a large number of pilgrims every year.

It is also associated with Lord Mahavir, 24th tirthankar, founder of Jainism.