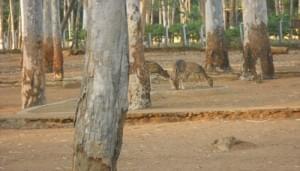 Gallery
Home explore from - to - Sunabeda

Sunabeda is a township and a municipality in the state of Orissa, India, located in the valleys of the Koraput region. The engine division of an aircraft manufacturing company Hindustan Aeronautics (HAL), Koraput is in Sunabeda. The other major establishments of this township are Orissa state government offices; Sports Authority of India hostel and Battalion headquarter of COBRA. Created around 1965, mainly to accommodate HAL employees, Sunabeda is a planned and organized township. It is situated around 1,000 meters above sea level. Prior to its creation, this place was known as Old Sunabeda which was occupied by native tribal community. About a thousand tribal’s were displaced and rendered homeless to give way for the HAL factory. Sunabeda is a small well planned and beautiful township with adjoining areas like PHED Colony, AEF Colony, Shantinagar (Only private residential area of Sunabeda having some of most beautiful houses of the area) NAC, Semliguda, D.P. Camp, Jadaguda, Malliguda, Jersey Farm, Timber, and Damonjodi. The HAL factory is located in the center of the town, employs around six thousand people, and provides residential quarters for the employees and staff of the company. The best time to visit the destination is from October to March.