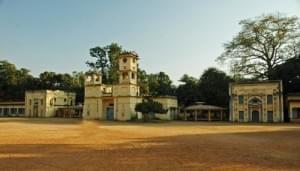 Gallery
Home explore from - to - Shantiniketan

Shantiniketan is a small town near Bolpur in the Birbhum district. Shantiniketan is known better as the Treasure Trove of Nobel Laureate Rabindranath Tagore and  home to a university town, Visva-Bharati. Tagore founded an Ashram here in 1863 and became the initiator of the Brahmo Samaj. The Shantiniketan campus is adorned with splendid sculptures, frescoes, murals, and paintings of Rabindranath, Nandalal Bose, Ramkinkar, Binodbehari Mukhopadhyay. It is also popular for its Baul Singers and fairs and festivals like Poush Mela (December), Joydev Mela (January), Basanta Utsav (Holi)( in March ).

Shantiniketan can be visited at any time of the year. The climate is moderately warm, like Kolkata, with summer temperatures at around 34-38ºC and winter at 12-15ºC. July and August see heavy rainfall.