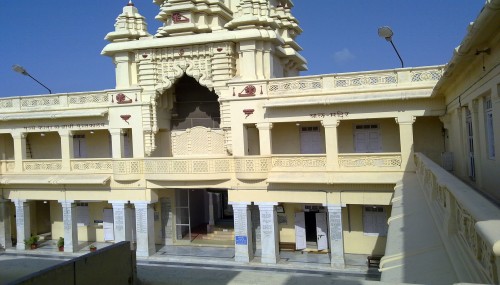 Gallery
Home explore from - to - Porbandar

Porbandar is a coastal city in the Indian state of Gujarat, perhaps best known for being the birthplace of Mahatma Gandhi and Sudama(friend of Lord Krishna). It is the administrative center of Porbandar District.

Onshore explorations in and around Porbandar brought to light, for the first time, the remains of a late Harappan settlement dating back to the 16th - 14th century BCE, which is similar to that from Bet Dwarka. This is another evidence to suggest that the Harappan legacy of maritime activity continued till the late Harappan period on the Saurashtra coast. The discovery of ancient jetties along the Porbandar creek signifies the importance of Porbandar as an active centre of maritime activities in the past.

Past Harappan age and classical Vedic ages, Indian mythology says it is the birthplace of Sudhaama (Friend of Lord Krishna in Dwaparyug), hence it is referred to as Sudhaamapuri or Sudhamapuri.