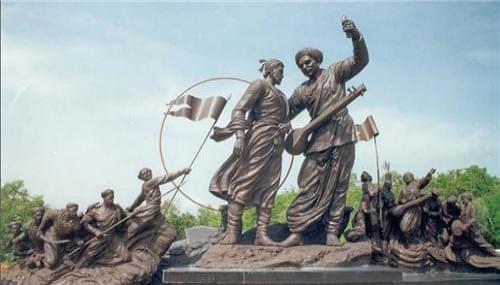 Pimpri Chinchwad is an extended part of the city limits of Pune, which later became a twin city of Pune.

Pimpri Chinchwad was a part of the empire of King Bhoja, 2000 years ago. However, the artifacts and other excavations discovered here, tells that life existed here from 200 AD. This township was also a part of the Yadava Dynasty. The very famous folktale about Morya Gosavi, a devotee of Lord Ganesha is popular here.

The town is also associated with various other empires of the Mughals, Marathas and the Peshwas. The town is also an important part of India’s freedom struggle as it is the birthplace of the famous freedom fighters – Chapekar Brothers.

Pimpri Chinchwad is known by many nomenclatures, mainly as Industrial Township. It is also known as ‘the Detroit of the East’ because of the presence of many national and multinational automobile companies. This area was once famous for being the Asia’s richest municipal corporation.

The several automobile and other manufacturing units of these regions makes Pune a major industrial hub of Asia. Industrialization started here soon after independence. The IT industries are also growing on a large scale in this region.

The region is very well connected to the city of Pune through roadways and railways. The suburban railway network from Pune to Lonavala passes through Pimpri Chinchwad. The nearest airport is Pune International Airport which is around 20 km from here.

Three rivers Pavana, Mula and Indrayani flows through this region. This region is less polluted than Pune and has a salubrious climate all year round. There is heavy rainfall in monsoon, but the winters are mild. The summers are also mild except that in the month of May.

The best time to visit Pimpri Chinchwad is from September to March.

One must not miss the Ganesh Utsav celebrations here.

Pimpri market is also popular for shopping of all kinds of things in retail prices.

The hilltop of Ghoradeshwar also has old age caves and Shiva temple, which has inscriptions in Pali language.

Other than these there are some really beautiful and well-developed gardens and parks for jogging, picnics, etc like Durga tekdi, Bhakti Shakti (a garden with a statue of Shivaji Maharaj and Sant Tukaram – symbol of Pimpri-Chinchwad), Bird Valley park, Ganesh Talav, Baner hill, Pashan lake and garden, Thergaon boat club and garden, Appughar.