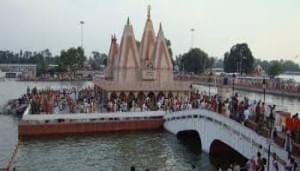 Gallery
Home explore from - to - Palwal

Palwal is a centre for the Cotton trade in Haryana. The local tradition identifies Palwal with the Apelava town mentioned in the Mahabharata, which was later restored by Vikramaditya.

The city Palwal got its name from a demon, "Palwasur" who ruled this place during the reign of Pandavas.  In his memory, every year a festival is organised in Palwal which is known as "Baldev Chhat Ka Mela". There is also a temple "Dauji Temple" dedicated to Balaram near Municipal Chowk of Palwal.