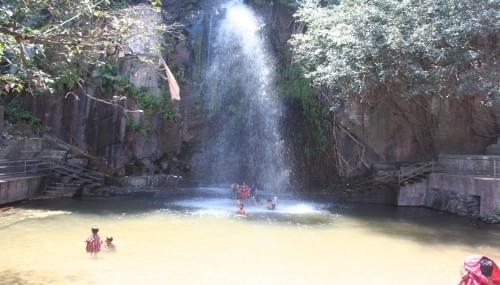 Gallery
Home explore from - to - Nawada

Nawada is a city and a municipality in Bihar, India. It is also the headquarters of the Nawada district.

The name evolved from Nau-abad, meaning the new town. Nawada is a part of the famous ancient Magadh division of south Bihar. The origin of the name Nawada is believed to be derived from the old persian name Nau-abadah , which means "new town" which was earlier known as ‘The Eliot Market (Bazaar)’.

Before its acquisition by the East India Company, Nawada was ruled by the nearly independent Rajas of Hisua. After its acquisition, Nawada was in great disorder until 1845, when it became the headquarters of the newly created subdivision.

The elements of disorder resurfaced again during the Mutiny of 1857, when Nawada was overrun by marauding parties.

Nawada has been growing as a hub for sports competitions, both on a district and state level. Nawada is most famous for Handball and kho-kho in the state. In the city area, there is a stadium known as Harishchandra stadium for outdoor games like cricket, football, etc. Apart from that, there is one outdoor and one indoor stadium also available in the city.