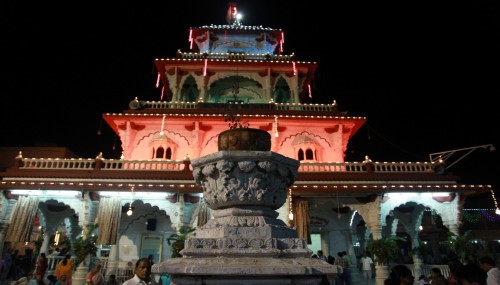 Gallery
Home explore from - to - Nadiad

Nadiad is a city and an administrative centre of the Kheda district in the Indian  state  of  Gujarat.

The city of Nadiad is said to have been settled by rope dancers, hence the historical name of "Natapadra" (outskirts of/for natas) or "Natpur" (city for natas). It is also referred to as 'Nandgam'.

The city has nine routes, and on each route there is a step well. The city is also well known for the number 9: there are 9 villages or towns located to all the 9 roads that exit from Nadiad; 9 step wells around the city; and 9 lakes in the city. Nadiad was also known as 'Sakshar Bhumi' - The land of educated.

The city was formerly ruled by Muslims, and later on by the Gayakwad of Baroda. Malhar Rao Gayakwad built the first Hindu temple called Narayan Dev Mandir located in the centre of the city.