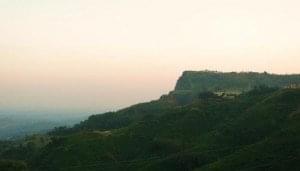 Gallery
Home explore from - to - Morni

Morni is a village and tourist attraction in the Morni Hills at the height of 1267 meters in Haryana. It is located around 45 kilometres from Chandigarh and is known for its Himalayan views, flora, and lakes. The name of Morni is believed to derive from a queen who once ruled the area.

This place is paradise for all the nature lovers as there is a large variety of birds found here. Birds like Crested Kingfisher, Wallcreeper, Kalij Pheasant, Red Peafowl, Black Francolin, Himalayan Bulbul, Bar-tailed Treecreeper, Grey Francolin and Oriental Turtle Dove are some of the often witnessed birds in the area. Various species of wild animals are also found in Morni Hills like wild boar, hyenas, hare, langur, jackals, sambar and sometimes even leopards.

There are two lakes in Morni Hills which are connected to each other in a mysterious manner and are even separated by a hillock. It is considered to be an auspicious and sacred lake by the locals and they gather here on various ceremonial occasions. The water level in both these lakes remains the same as these both are connected to each other through a channel in a hidden way.

There is a small temple situated on the banks of the lake which holds a Trimurti from the 12th century when Shiva Temple also existed. Many people come to these lakes for trekking as well. Trekking can also be done towards the bank of the river Ghaggar which flows through Morni.