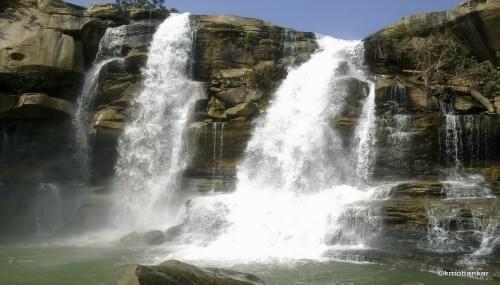 Gallery
Home explore from - to - Manendragarh

Manendragarh is a municipal city of the Koriya district that is a part of the state of Chhattisgarh. The city housing the taluk headquarters along with few important district head offices is sited near the Chhattishgarh -Madhya Pradesh state border.

The nearest airport is at Raipur in Chhattisgarh. Manendragarh Railway Station is on the Anuppur-Chirmiri rail route. There are many coal mines around here. Manendragarh was originated by some tribals around 100 years ago; later developed by British Raj for coal excavation. Road and Railway Lines are developed by the British

National Highway 47 has its route through Manendragarh. AmritDhara Waterfall is a nearby attraction. "Sidh-Baba" mount is famous for the Lord Shiva temple.