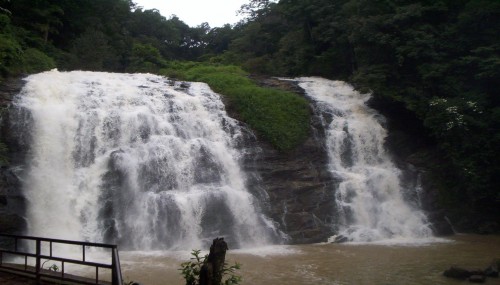 Gallery
Home explore from - to - Madikeri

Madikeri is a hill station town in Karnataka state, India. Also known as Mercara, it is the headquarters of the district of Kodagu (also called Coorg). It is a popular tourist destination.

Madikeri was formerly known as Muddu raja keri. Muddurajakeri which means Mudduraja's town, was named after the prominent Haleri king, Mudduraja who ruled Kodagu from 1633 to 1687.

The form of the name often used in English, Mercara, is derived from Madikeri by a standard transformation of the retroflex 'd' to an 'r' consonant.

The history of Madikeri is related to the history of Kodagu. From the 2nd to the 6th century AD, the northern part of Kodagu  was ruled by Kadambas.

Madikeri lies in the Western Ghats  and is a popular hill station. The nearest cities are Mangalore  to the west, and Mysore  to the east.