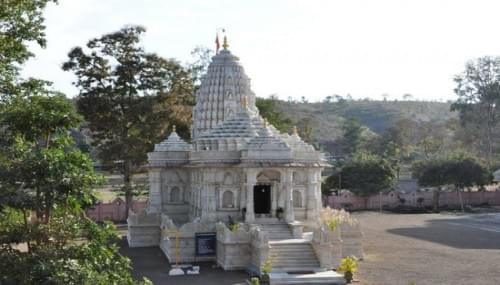 Gallery
Home explore from - to - Jalgaon

The name of the region – Khandesh is derived from “khan” – the title given to the 2nd Faruki king – Malik Nasir. It is also believed that the name is derived from the Khandava forest of Mahabharata.

Khandesh was ruled by a number of dynasties like Saptavananas, Andhrabhrityas, Virsen, Yawans, Chalukyas, Yadavas, Mughals and the Marathas. In 18th century Khandesh was captured by Britishers. In 1960, Jalgaon became a district in Maharashtra state. Jalgaon is situated in the northern part of Maharashtra.

The river Girna floods the western part of the district. Jalgaon is well connected by roadways, railways, and the airway. The airport of Jalgaon has flights to Mumbai and Ahmedabad, whereas the railways and the roadways connect the major nearby cities like Mumbai, Nashik, Pune, Aurangabad, etc.

The town is known for its banana production and gold jewellery business and ornament market.

The best time to visit Jalgaon is from October to March as there is plenty of rainfall in the monsoon and the summers and winters are mild.

Khandesi people have a very distinct culture. The language they speak is called ‘Airani’ which is a dialect of Marathi. Khandeshi people are also known for their distinct cuisine. Bhakari, Bharit (made of smashed brinjal), thecha (spicy mixture of smashed chillied, peanuts, garlic, etc), and Sev -bhaji are popular dishes of the Khandeshi cuisine.

One should definitely not miss the Khandesh Mahotsav, which will provide an insight into Khandesi lifestyle, culture, art and craft, and cuisine. The most popular place in Jalgaon is the swinging towers of Farkande. It is located at the banks of the Uthawadi river. The uniqueness of these towers is that when one tower waves, another one starts waving along with it. Jalgaon also has several religious places like Changdeo temple (known for its ancient architecture), Ecchapuri Ganesh temple, Saint Muktabai temple, Valjhari (samadhi place of Saint Valmiki), Omkareshwar temple, Manudevi temple, Shri skshetra Padmalay (half shakti peeth Ganesha), etc.