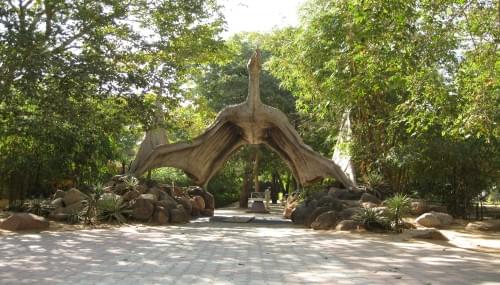 Gallery
Home explore from - to - Gandhinagar

The city of Gandhinagar, situated on the west bank of the Sabarmati River, is the state capital of Gujarat. Gandhinagar covers around 205 sq. km of area and is located just 25 km from another important city of Ahmedabad in Gujarat. It is a well-planned city, which is home to all the state administrative head offices of Gujarat.

The destination is spacious, with beautiful architectural landmarks, including shopping centres, health centres, primary schools and both government and private housing. The beautiful Akshardham Temple is the key highlight for tourists visiting this city.

During the 13th century, the Shertha town was ruled by King Pethasinh of Pethapur. After his death, this land was used by the Sultanate of Patan as a battle ground. Sultan Ahmed Shah moved his capital from Patan to a newly built city of Ahmedabad.

After Indian Independence, the erstwhile state of Bombay was divided into two states, namely Gujarat and Maharashtra, on 1st May 1960.