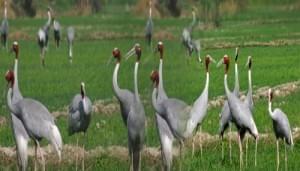 Gallery
Home explore from - to - Etawah

Etawah is a city on the banks of Yamuna river in Uttar Pradesh. It was an important center for the Revolt of 1857 and is the place of sangam between Yamuna and Chambal. It is also the site of the remains of the  Great Hedge of India.

This region is believed to have existed even in the Bronze Age.The earliest Aryans who lived here were the Panchalas.Tradition holds the history of the town started with its foundation by a successor of King Bharat. In the fourth century A.D., it was part of united India under the Guptas.

Etawah has experienced modernization and development under British Raj and in the post-independence period.The district is partly watered by branches of the Ganges canal.